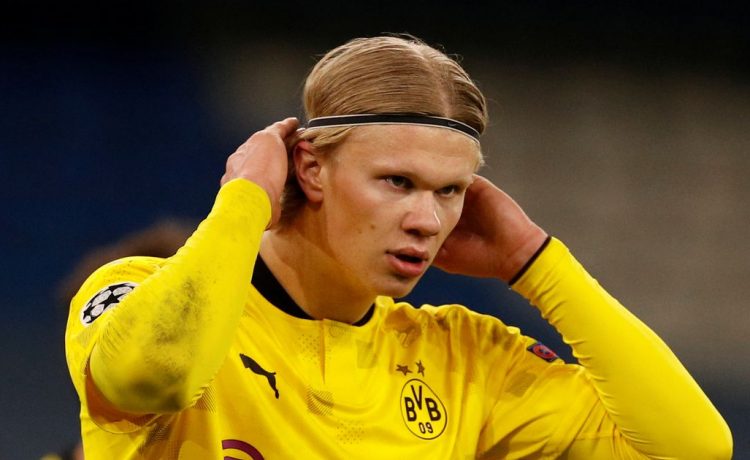 Chelsea are preparing for a major summer transfer window with Thomas Tuchel in charge.

The German has got off to a fine start as Blues boss after taking over Frank Lampard in January.

But despite breaking into the Premier League top four and making it to the Champions League final, there are areas of concern.

Namely a striker, with the current crop failing to impress Tuchel.

Tammy Abraham can barely get a look-in, Olivier Giroud’s contract is set to expire and Timo Werner is not the No. 9 Chelsea though he would be.

Erling Haaland has been linked with a move to Stamford Bridge, and the Borussia Dortmund striker has spoken out on his future.

Here are all the latest transfer rumours and gossip.

The Dortmund ace has been linked with most elite European clubs after a barnstorming season in the Bundesliga.

The 20-year-old finished the year with 41 goals in 41 appearances, netting 10 in the Champions League.

Chelsea would love to land the Norway international but they face a battle with the likes of Manchester United, Manchester City, Real Madrid and Barcelona interested.

Which club will Erling Haaland join when he leaves Dortmund? Comment below

However, the Leeds-born star gave a hint over where he sees his career going next.

Haaland said: “That is a good question. I am a simple guy. When I like something I just want to have more. Like I have said before, when I score a goal, I always chase the next goal.

“I have big dreams! I just won my first major trophy and it was a great feeling. So I want to win trophies.”

Antonio Rudiger was close to leaving the club last summer after falling down the pecking order under Lampard.

But with Tuchel in charge, the Germany international has completely changed his Chelsea career.

He is now the first defender on the teamsheet after a brilliant few months at the back.

No team in the Premier League has conceded fewer goals since Tuchel’s arrival but Rudiger was nearly at their rivals Tottenham after close talks with Jose Mourinho last summer.

“I was really about to leave. It was the start of a season with a European Championship at the end, and then I felt it was my duty, towards DFB, to look for alternatives so that I got enough playing time,” the defender said.

“PSG and Thomas Tuchel [who was at PSG last summer] were the most serious option. I also had contact with Tottenham Hotspur and Jose Mourinho, whom I really appreciate as a coach.

“In the end, that was out of the question. In the end, with other options, I ran out of time to clarify all the details.”

Emerson Palmieri could finally leave Chelsea after years of transfer speculation linking him back to Italy.

The left-back has played a minor role at Stamford Bridge since his arrival in 2018.

He played in just two Premier League appearances this season after the arrival of Ben Chilwell further pushed him down the pecking order.

The likes of Inter Milan and Juventus have been looking to snap up the Italy international.

But according to Gazzetta dello Sport, via Sport Witness, Napoli have moved ahead after hiring Luciano Spaletti.

The Argentine worked with the defender at AS Roma, where Emerson was an up and coming talent.

It is believed that the new Napoli boss wants to reunite with Emerson and rekindle his career, a move that would suit all parties after a €10m fee was mooted.