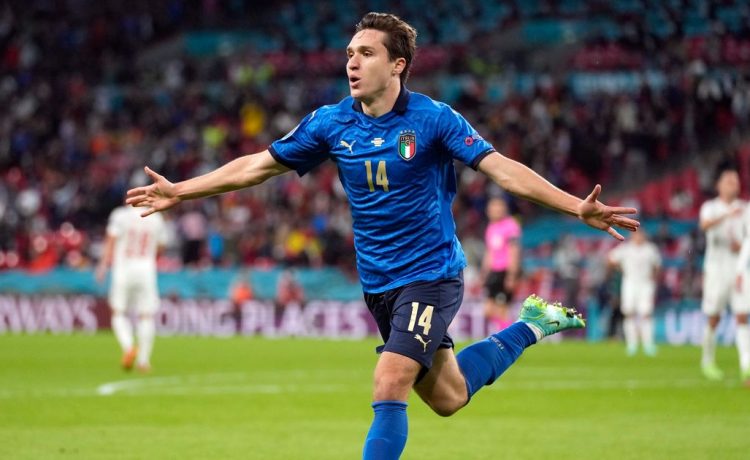 Chelsea have seen a €100m (£85m) offer for Juventus star Federico Chiesa knocked back by the Serie A giants, according to reports.

The Blues are looking to add to fresh faces following their Champions League triumph.

Thomas Tuchel arrived in January but had to work with the squad assembled by his predecessor, Frank Lampard.

Chelsea owner Roman Abramovich spent big last summer but is again ready to back his manager in the market.

The west Londoners are in need of attacking reinforcements ahead of next season and Chiesa has been identified as one.

The 23-year-old, who initially spent last year on loan in Turin, was a star for the Azzurri at Euro 2020.

After scoring 14 times for Juventus last term Chiesa forced his way into Italy’s first XI after scoring in the last 16 and semi-finals.

Chelsea have tabled a hefty offer in order to tempt the Italian side, but they have declined to even entertain talks, reports Bild.

Tuchel has admitted in recent months that he would like to add several new faces.

“Two or three could be very, very good,” he told reporters in May.

“It’s a constant thing to never deny change. That you always bring new energy, new guys who question the old beliefs, who challenge everybody in the training and in matches, so I think it’s a good thing.

“We don’t need another seven and another complete turnover because it’s also our job to keep on improving, because we have still a young squad and it’s not about stealing from them the chance to prove it again that they are capable of growing and evolving.

“But we have some ideas, of course, to make the group stronger and I think this can always be a positive thing to challenge all of us.”

Erling Haaland is understood to be among Chelsea’s targets as his future remains uncertain.

The Norwegian has enjoyed a rapid rise but Borussia Dortmund are determined to keep hold of the striker as they prepared for the departure of Jadon Sancho.

Real Madrid and Manchester City are amongst those also tracking Haaland, but it is likely to take a fee well in excess of £100m to convince Dortmund to sell.

The German club’s sporting director Michael Zorc has told Sky Germany : “There is nothing new on this matter.

“He is in our plans. Erling will return this week and he will be very hungry. He wants to play football, he feels comfortable with us and he will be eager to score many goals.”