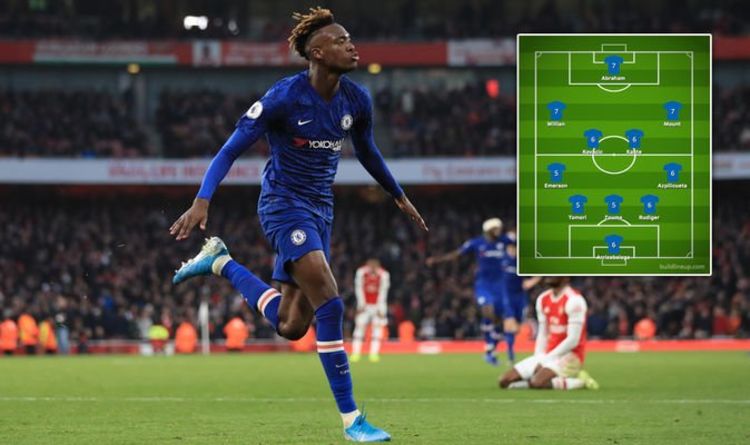 Chelsea came from a goal down to beat Arsenal 2-1 in a thrilling encounter at the Emirates Stadium. Victory cements the Blues’ spot in the Premier League top four and leaves them just three points behind Manchester City, albeit having played one game more.

And Tammy Abraham then completed a remarkable turnaround when the England international swivelled and finished beyond Leno with just three minutes of normal time remaining.

Express Sport have rated how the Chelsea players performed against Arsenal, but do you agree?

JUST IN: Arsenal fans demand Mikel Arteta sells one player after Chelsea loss – ‘I am done’

Usual effervescent self trying to make things happen and his cross finally did.

His direct running was Chelsea’s only real threat, but it was an effective one.

Fed scraps but he always looked like he would make one of them work.