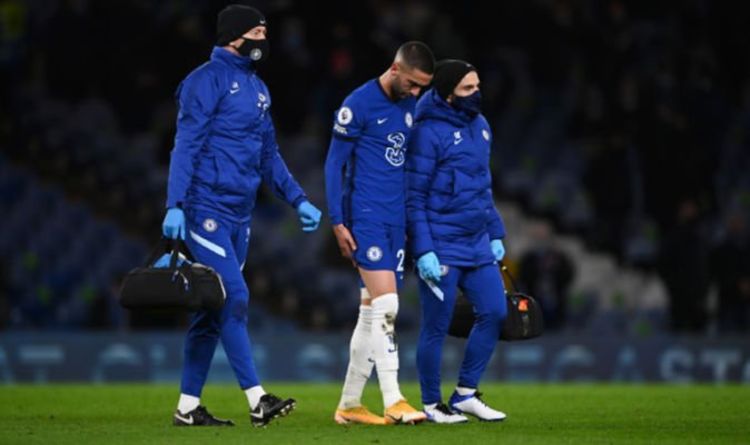 Chelsea head coach Frank Lampard has confirmed that Hakim Ziyech suffered a hamstring injury during his side’s 3-1 victory over Leeds on Saturday night. The left-footed winger was replaced by Christian Pulisic after half an hour.

Summer signing Ziyech started the season in the treatment room and has only recently started to flourish for the Blues.

However, Lampard has hinted that the Moroccan may have a new problem sustained in the win against Leeds at Stamford Bridge.

“Hamstring. He felt it go,” Lampard said. “We will have to see over the next few days.”

Patrick Bamford had put the visitors ahead inside four minutes but Lampard was not disappointed with the way his side came out of the blocks.

“We started brilliantly in the first few minutes but then they scored so that’s a test straight away,” he added.

“It’s work on the training ground and staff behind the scenes. At our level, at Chelsea, people will always question us.

“Our job is to not get caught up in the chat. We have to keep our feet on the ground.

READ  Jürgen Klopp and Pep Guardiola joke about trophy success: 'Maybe we can swap?' – video
Share on FacebookShare on TwitterShare on PinterestShare on Reddit
newsgrooveDecember 5, 2020