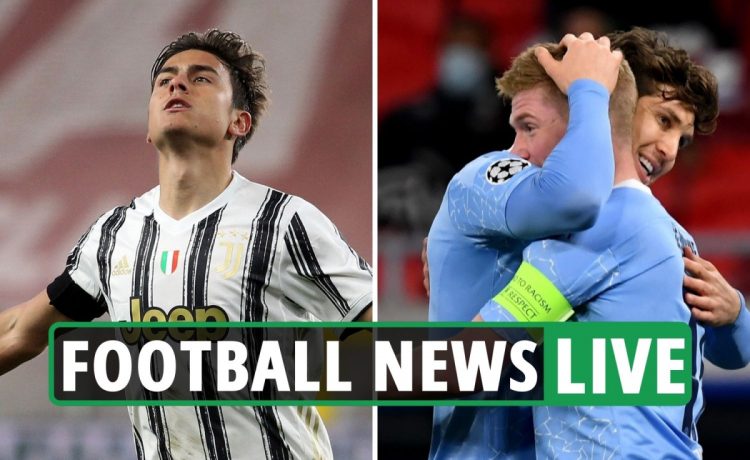 SunSport can exclusively reveal Man United have received a boost in the race for Jules Kounde – with Sevilla lowering their asking price to around £50million.

Sevilla had originally wanted around £70m up front for the former Bordeaux ace, with clauses and add-ons included on top of that.

But SunSport understands it has been indicated that United would be able to land one of their key summer targets for less than they thought.

United would also be willing to at least double Kounde’s current £70,000-a-week wages if he was to join, alongside incentives for appearances, clean sheets and winning trophies.

Meanwhile, Tottenham forward Son Heung-Min’s injury is ‘not as bad as first feared’.

But according to Football London’s Alasdair Gold, the issue isn’t as bad as it initially seemed.

In fact, Son could even return for this weekend’s trip to Aston Villa.

Finally, Jose Mourinho held talks with Antonio Rudiger over a summer switch from Chelsea to Tottenham.

Rudiger admitted: “I was obviously shocked, though maybe shocked is the wrong word.

“Some things I saw coming, obviously not being in the squad at all was not something I saw coming.

“But at the end of the day I took it on the chin. There were two teams – but mainly one team I was considering. That was PSG.

“There was a call with Mourinho, and with [Thomas] Tuchel, but this is something that didn’t happen.”