Chelsea recorded a sixth consecutive Premier League win for the first time since their title-winning season of 2016-17 as they moved up to second in the table.

The Blues’ victory over Crystal Palace means they are now five points behind leaders Liverpool.

Frank Lampard’s side moved above Manchester City, who play leaders Liverpool on Sunday, and could be leapfrogged by Leicester City, who host Arsenal at 17:30 GMT on Saturday.

Tammy Abraham’s 10th league goal of the season and Christian Pulisic’s header ensured the win against a resolute Palace side who barely got out of their own half during the first period.

And after dominating a goalless opening half, Chelsea finally made the breakthrough when Mateo Kovacic and Willian combined to release Abraham – with the forward stroking a right-foot effort into the bottom right corner from 10 yards.

But Chelsea more than merited their win, with Pulisic wrapping up the points with a close-range header after Michy Batshuayi’s deflected shot fell into his path.

Palace’s defeat, their third in four games, leaves them ninth in the table.

While Chelsea may no longer have Eden Hazard, there still appears to have been a notable evolution in their attacking play since Lampard was installed as manager.

His team may enjoy less possession and play fewer passes (per game) than under former boss Maurizio Sarri but they look considerably more dynamic.

Fikayo Tomori, 21, Mason Mount, 20 and Abraham, 22, have all come into the team, while Christian Pulisic, 21, and 19-year-old Reece James, making his first Premier League start, ensured Lampard’s starting side was the club’s youngest ever in Premier League terms.

Mount and Kovacic both had shots blocked inside the first minute and Willian’s 25-yard free-kick narrowly flew wide of the top corner shortly after.

The most impressive aspect of Chelsea’s performance was the patience and perseverance they showed after going into the interval at 0-0.

Lampard, who was named Premier League manager of the month for October has provided his side with a clear identity, and they never wavered from their free-flowing style.

And that was supplemented by the finishing power of Abraham and Pulisic who are both in rich form in front of goal.

Abraham opened his body out wonderfully before guiding the ball past Palace keeper Vicente Guaita, as he moved level with Jamie Vardy at the top of the division’s goalscoring charts.

American Pulisic, who was inventive throughout, capped an impressive performance with his fifth goal in his last three games.

Palace boss Roy Hodgson deployed a tried and tested 4-5-1 formation on his 300th outing as a Premier League manager.

And his team initially displayed the same manner of determined defending that helped them to a win at Manchester United in August and a recent point at Arsenal.

Former England defender Cahill, 33, who spent seven years at Chelsea before joining Palace in the summer, barely put a foot wrong on his return to Stamford Bridge.

But unlike in their successes at Old Trafford and the Emirates, Palace were unable to offer any attacking threat going forward.

Jordan Ayew, who contributed one of Palace’s two goals in each of those matches did not touch the ball in the Chelsea penalty area.

And Wilfried Zaha was well shackled by James, spending most of his afternoon running toward his own goal as Palace mustered just one effort on target. 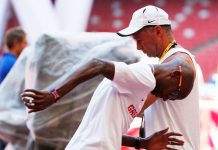 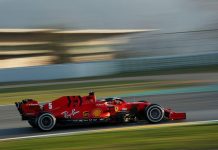