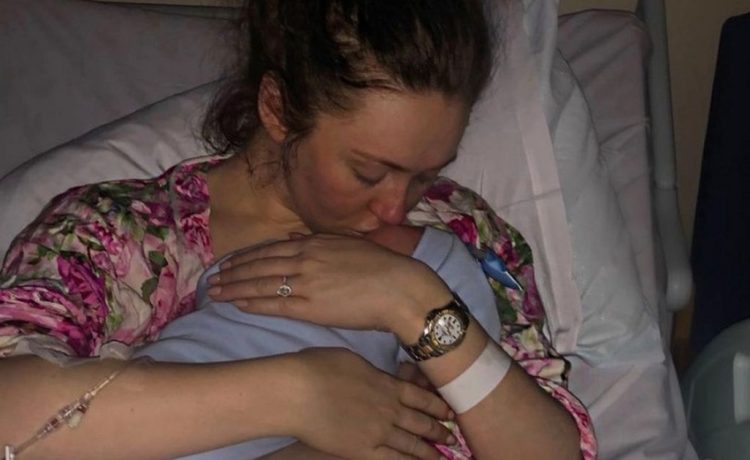 Charlotte Dawson has shared the name of her baby son, including a sweet tribute to her late father Les Dawson, on what would have been his 90th birthday.

The 28-year-old daughter of the late iconic comedian gave birth to her first child with fiancé Matt Sarsfied last week.

Sharing the name with OK! magazine, Charlotte honoured her dad by giving her son Noah the middle name Dawson.

Charlotte told the publication: “Today would have been my Dad’s 90th birthday so I can’t think of a better day to share the photos of our little precious bundle of joy: Noah Dawson Sarsfield who is one week old today.”

She noted: “Matthew and I are so obsessed, our world is now complete and we are excited to be a little family.”

One of the most rewarding aspects for Charlotte has been seeing her beloved Matt as a father to their little Noah.

She notes that they “both melt my heart together”.

In fact, the whole experience appears to have left Charlotte thing of her late and beloved father, Les.

“I know my Dad would be so proud,” she told the publication, “I just wish he was here but I know he is smiling down on us.”

Les died of a heart attack when Charlotte was just eight-months-old, but she is noted to have given her baby son Noah a card that reminds him that his ‘grandad is in heaven.’

Charlotte is the only daughter of Les and his second wife Tracy Dawson, who he was married to from 1989 until his death in 1993.

Les also had three children from his marriage to first wife Margaret: Julie, Pamela and Stuart.