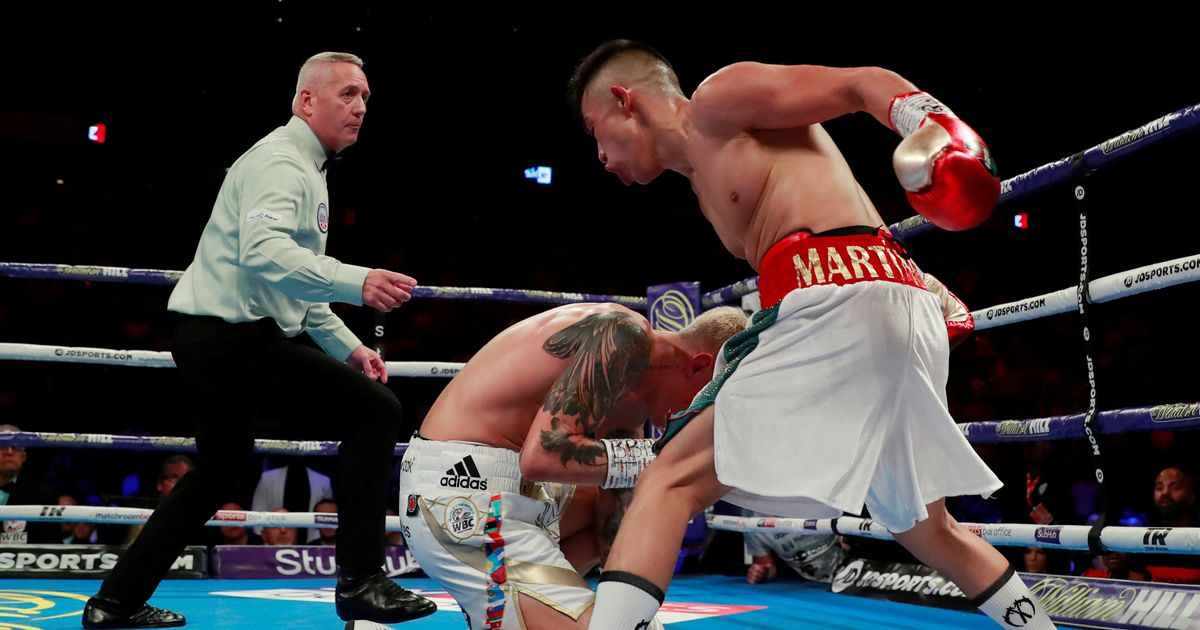 Charlie Edwards lost his flyweight world title in controversial fashion – before the result was immediately overturned.

Edwards was making the second defence of his belt against the dangerous Mexican who had beaten Welshman Andrew Selby to earn his shot.

Both men made a fast start in the opening round with Edwards countering well.

Martinez began to show why his win over Selby was no fluke in the second session as he caught the champion with both hands.

And in the third he launched a sustained attack which Edwards initially resisted before he eventually went down.

But the challenger was not finished as he rammed a right hook into the home favourite’s ribs as he lay prone on the ground.

The referee ignored the blow and counted Edwards out before the crowd jeered the official announcement of the result.

But WBC chief Mauricio Sulaiman stepped into the ring to declare the result void which meant Edwards retains his title.

The champion said: “I was hurt and that’s why I took a knee, but he hit me while I was down.

“All praise to Martinez, he got the win.

“We’ll go back to the gym and see, flyweight has killed me this time, maybe that had an effect.”

READ  Jurgen Klopp warns Liverpool fans: it will be the toughest season we will all face
Share on FacebookShare on TwitterShare on PinterestShare on Reddit
newsgrooveAugust 31, 2019