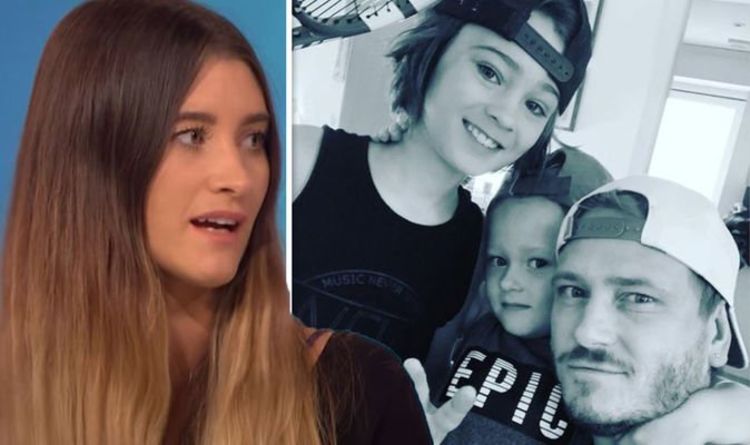 Emmerdale actor Matthew Wolfenden, 41, received a strict warning from his eldest son Buster, 11, while enjoying a father-son trip to the cinema. Taking to social media, the star uploaded a clip which showed him being chided by his son after receiving strict instructions from his wife Charley Webb, 33, earlier in the evening about his alcohol intake.

The ITV actor took to Instagram to document the occasion.

He told his 175,000 followers: “So it’s cinema night with number one”, while showing Buster happily enjoying a beverage.

“And I don’t mean number one as in my favourite”, he added cheekily.

“He does,” Buster said, shaking his head vigorously.

“I’m not drinking anything, as Charley said, ‘don’t drink anything'”, the star revealed smugly.

However, despite the strict instruction from his wife, the actor slowly panned the camera around to reveal a large glass of what appeared to be red wine on the table in front of him.

The star started laughing as he son could be heard giving him a warning.

Days ago the actor was left red-faced after being caught drinking wine by his wife while looking after their children.

After he posted a hilarious video of his “daddy daycare” antics over on his Instagram story, he declared that Charley had “no sense of humour” over his “drinking” while he was looking after their three sons.

The star went on to reveal that after posting a clip of him appearing to sip a glass of red wine, his spouse had called him up fuming over his approach to childcare.

Matthew went on to jokingly ask his five-year-old Bowie whether he wanted a top up.