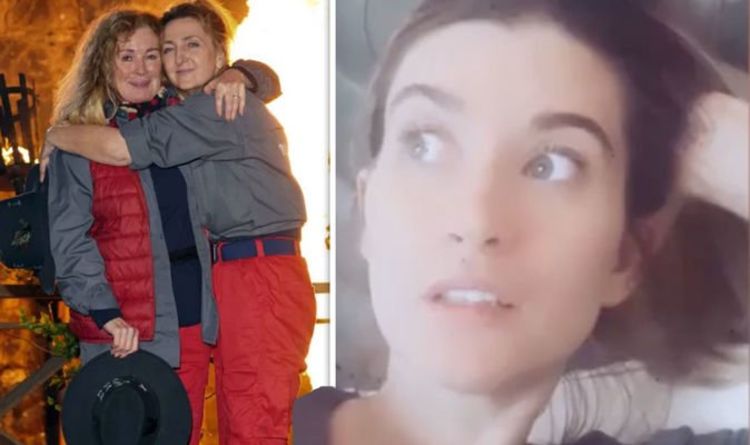 Charley Webb, 32, has admitted she was less than impressed when it was announced that Beverley Callard, 63, and Victoria Derbyshire, 52, had been voted out of I’m A Celebrity… Get Me Out Of Here! 2020 earlier this week. The Emmerdale star reacted to the news in view of her 475,000 Instagram followers yesterday and questioned why viewers weren’t voting for the duo.

Charley exclaimed in a video: “I cannot believe that Beverley and Victoria left I’m A Celeb last night, I can’t believe it!

“I didn’t watch it last night, I missed it, but I am so annoyed.”

Praising her fellow soap star, the mum-of-three added: “Beverley is literally she’s the funniest, I have howled at her!”

“It doesn’t make sense, I just don’t understand who is voting and not voting for them? So who do we love?”

The Debbie Dingle actress went on to reveal who she is now supporting in the competition now that Coronation Street star Beverley and presenter Victoria have left.

Charley divulged that she is hoping Giovanna Fletcher and Vernon Kay will be crowned King or Queen of the Castle.

She added: “I love Gi, I would love her to take the crown, she’s so gorgeous, an all around perfect human being.

The final is set to take place this Friday, during which viewers will vote for their 2020 winner.

Elsewhere, Charley recently shared her concerns as she revealed this time of the year is “rubbish” for her four-year-old son Bowie, as his birthday falls just before Christmas Day.

The star admitted she is thinking of celebrating his birthday in the summer instead, as she admitted it is “really annoying” his special day is in December.

Charley is mum to her three sons, Bowie, Buster, 10, and one-year-old Ace with her husband Matthew Wolfenden, 40.

She began to share on Instagram: “I am really not one for getting into Christmas too early because I feel like when you do it too soon, you’re bored of it when Christmas comes.

“But this year, I’m like, Christmas can go on for the next six months because everything else is rubbish.”

“Really annoying. Does anyone else have kids that have got birthdays before Christmas? It’s so rubbish.”

The mum-of-three went on to address further: “He has to wait all year to get his birthday and Christmas, it really annoys me.