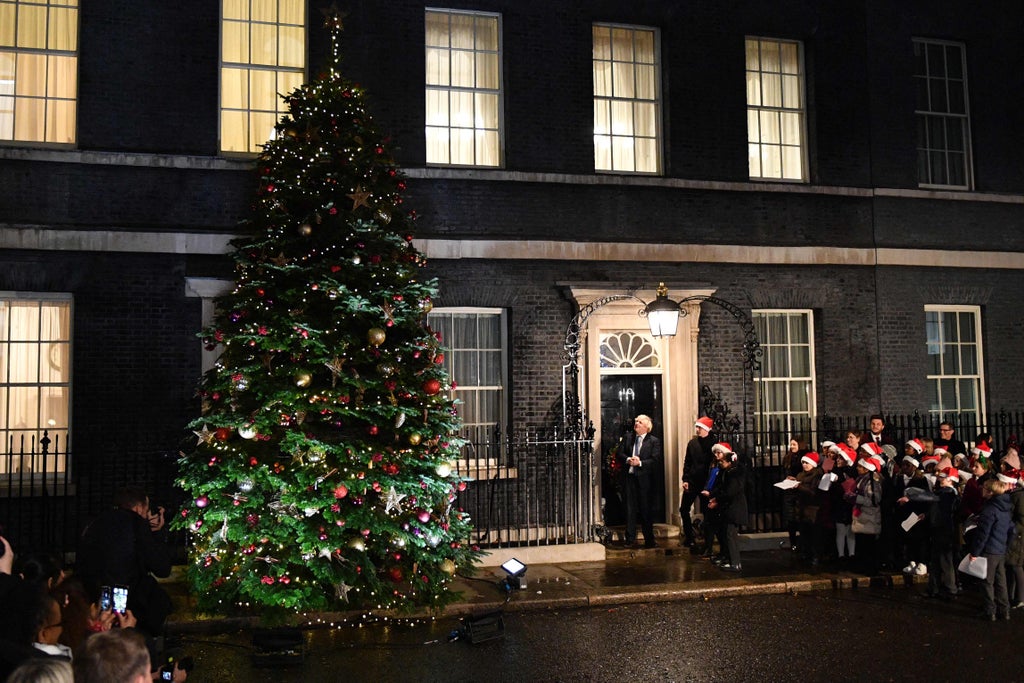 hristmas party advice from the Government was plunged into chaos on Thursday when a minister suggested large international firms should consider cancelling them, said his department would not be holding a big gathering and revealed his parliamentary team was likely to just have a festive toast on Zoom.

Science minister George Freeman struck a noticeably different tone from Health Secretary Sajid Javid, who 24 hours earlier suggested people carry on with their festive plans, while encouraging them to take a lateral flow test before going to a Christmas party.

Mr Freeman also appeared out of step with Boris Johnson’s advice just days ago that “on Christmas parties and nativity plays, we don’t want people to cancel such events”. The minister said it was up to individual businesses to make judgments on what is “appropriate internally” on whether to have a Christmas party.

“For many small businesses, four or five staff, who are working together every day anyway, gathering to have a drink isn’t a big step up in risk,” Mr Freeman told BBC Radio 4’s Today programme.

“But some companies might normally bring hundreds of people in from around the world to a big party, and they may decide, this year, is that sensible given the pandemic and given where we are?”

Earlier he told Times Radio: “The Department of Business, we won’t be having a big Christmas party this year, nobody would expect us to. My parliamentary team, I think we have agreed, probably given the new variant will get together on Zoom and toast each other.” He admitted the remote meeting would not be the “best party in the world”.

While it was up to each business to decide whether they want to put on Christmas parties, he said: “Most businesses are very, very aware that it’s in nobody’s interests that we spread the virus and we end up with a really, really difficult wave of Omicron.”

Restaurants and pubs are already seeing booking cancellations amid concerns over whether the Omicron variant will be more able to evade vaccines and spread more quickly than the Delta mutation dominant in the UK.

The confusion from Government angered hospitality chiefs whose businesses were relying on a bumper festive season after three lockdowns.

Restaurateur Rebecca Mascarenhas, who co-owns Michelin-starred Elystan Street in Chelsea and Kitchen W8 in Kensington, said the mixed messaging was “totally unhelpful” and causing “an air of nervousness” in the sector during its most important trading period.

Des Gunewardena, chief executive of restaurant group D&D London, said: “The best thing to do is for people to ignore this nonsense and make their own judgment on the facts and advice from government which is still that Christmas parties can go ahead.”

Ian Haworth, spokesman for the Hippodrome casino in Leicester Square, said,:” We need a consistent message otherwise people are going to abandon celebrating in the West End and we’ll be back to square one.”

“Throwaway quotes from ministers are disastrous for this industry.”

‘No need to change plans’

Mr Javid on Wednesday said people do not need to change plans due to concerns about Omicron. “I think people should continue to behave in the way they were planning to behave over Christmas. I don’t think there is any need to change those plans,” he told Sky News.

Asked if people should take a test before a party, Mr Javid said: “I would.” He added: “If I was going to a party with 300 or 400 people for Christmas, I would take a (lateral flow) test before I go. I think it’s just a sensible precaution to take; not just to make sure you’re healthy and well, but to protect others.”

Adding to the confusion, Work and Pensions Secretary Therese Coffey told ITV’s Peston programme that “we should all be trying to enjoy the Christmas ahead of us”, adding: “For what it’s worth, I don’t think there should be much snogging under the mistletoe.” In other developments:

A drug treatment which, the makers say, should work well against the Omicron variant has been approved by UK regulators. Sotrovimab (Xevudy), made by GlaxoSmithKline, has been found to cut hospital admission and death by 79 per cent in those at risk.

Amid growing frustration among younger adults over how they can get the booster, Mr Freeman told Sky News: “If people contact their GP now and go on the app they can book to get their booster or their second jab.” However, health chiefs have urged younger adults who are not able to book on the website to wait to be contacted by their GP, though older individuals can contact their family doctor or dial 119.

Ministers are taking advice on whether children aged five to 11 should be given the Covid vaccine.

Mr Freeman is a science expert and his comments on parties were closer than the stance of other ministers to advice from Dr Jenny Harries, chief executive of the UK Health Security Agency, who suggested “not socialising when we don’t particularly need to”. 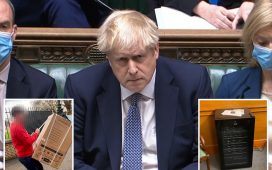 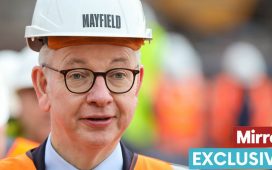 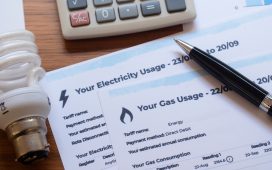