Sharon Stone has filed a lawsuit against Chanel West Coast over her track Sharon Stoned, claiming the rapper is feeding off Basic Instinct star’s ‘extraordinary level of popularity and fame.’

Now the 31-year-old rapper has responded to the legal action in a short interview with TMZ.

She claims that the 61-year-old actress was made aware of the song leading up to filming for its video and she even considered filming a cameo before dropping out at the last minute. 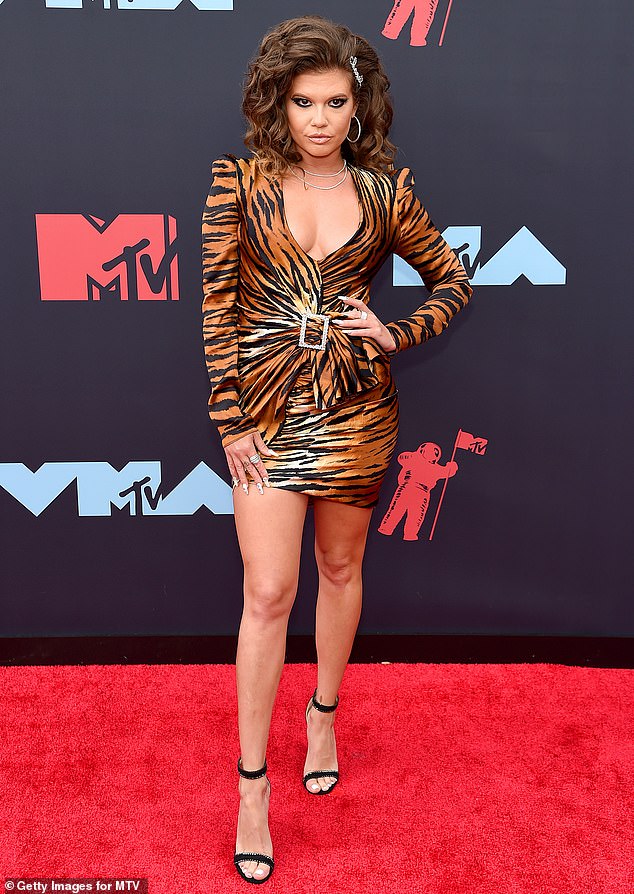 Fighting back: Rapper Chanel West Coast, 31, responded to TMZ about Sharon Stone’s lawsuit over her song Sharon Stoned, claiming she was introducing her to a new generation; shown in August

A videographer caught Chanel (real name: Chelsea Chanel Dudley) in a parking lot with a friend, though she seemed happy to give her side of the song’s creation.

‘I had this crazy idea… of getting Sharon Stone in my video, and everybody was like, “That’s never gonna happen.” You know, shooting down my dreams as usual,’ she explained.

‘Day of the shoot, I get a call from Sharon’s agent calling my manager, being like, “Sharon loves the song, she wants to be a part of it.” Last minute, Sharon pulls out. It’s not really clear to me why, but she knew about the video,’ she said.

The musician made a similar claim about Sharon’s brief interest to Rolling Stone earlier this week.

Back and forth: Chanel claimed that Sharon’s agent expressed interest in getting a cameo for the star in her music video, though she allegedly backed out on the day of shooting

Chanel stressed that the video and song were intended as an ‘homage’ to the Casino actress and that she admired her work.

‘I don’t get it. I’m honestly so offended. She cost me a lot of money,’ she said, claiming that she’d paid stylists for Sharon’s cameo that were never used for the no-show.

The Ridiculousness star went on to compare her song to artists like Jay-Z and Migos name-dropping Tom Ford and Ric Flair, respectively, which were interpreted as signs of respect.

She also compared it to ‘Buddy Holly suing Weezer,’ though the rock and roll legend died in a plane crash 35 years before the rock group referenced him in its song.

‘This is a trend in hip hop and in music where people make songs where the title of the song is an homage to a style or a designer,’ she said. 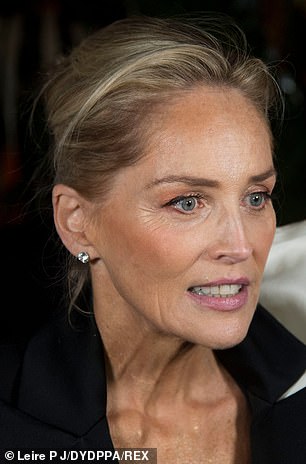 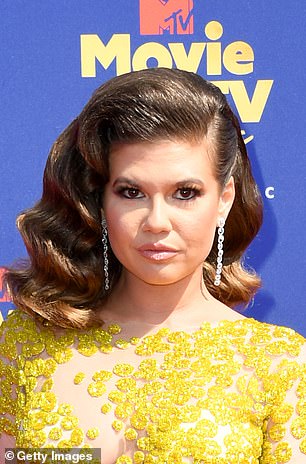 Headed to court: Sharon Stone, 61, filed a lawsuit against the rapper over her track Sharon Stoned, claiming the rapper is feeding off Basic Instinct star’s ‘extraordinary level of popularity and fame’

Chanel seemed to think she was doing the Total Recall actress a favor by introducing her to younger audiences.

‘I have young friends who, when I made the song, didn’t even know who Sharon was. In a way, I’ve kind of made her relevant to some young people again,’ she explained.

Sharon reached the height of her popularity in the early and mid-1990s with roles in Basic Instinct, The Specialist and Casino, which won her a Golden Globe and earned an Oscar nomination. 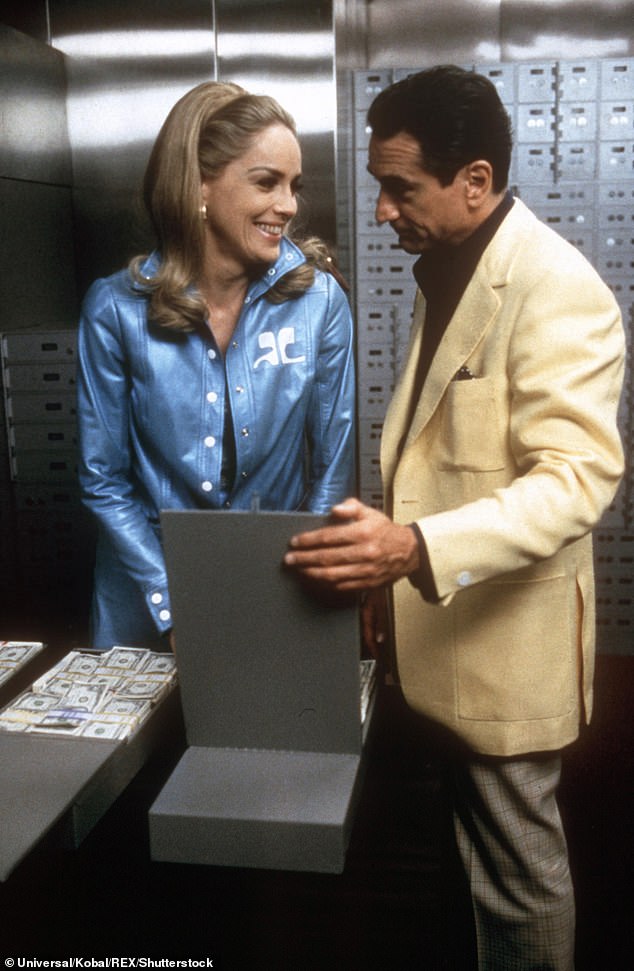 On the move: Sharon reached the height of her popularity in the 1990s, but she’s worked steadily ever since and has enjoyed a career resurgence recently; picture with Robert De Niro in Casino (1995)

However, she continued to act steadily throughout the 2000s and has enjoyed a recent resurgence with roles in the Oscar-nominated comedy The Disaster Artist, a supporting part in Steven Soderbergh’s Netflix film The Laundromat and the lead role in his HBO murder mystery series Mosaic.

The actress was also featured in a playful role in Martin Scorsese’s quasi-documentary Rolling Thunder Revue about Bob Dylan’s legendary 1975/1976 tour, and she’s set to appear in an unnamed project from the legendary director that also stars Meryl Streep.

In court documents posted on The Hollywood Reporter, the actress, 61, said she ‘maintains strict control’ over her name and image with her work in acting and philanthropy, and that the song and video were made ‘for commercial purposes without her consent.’ 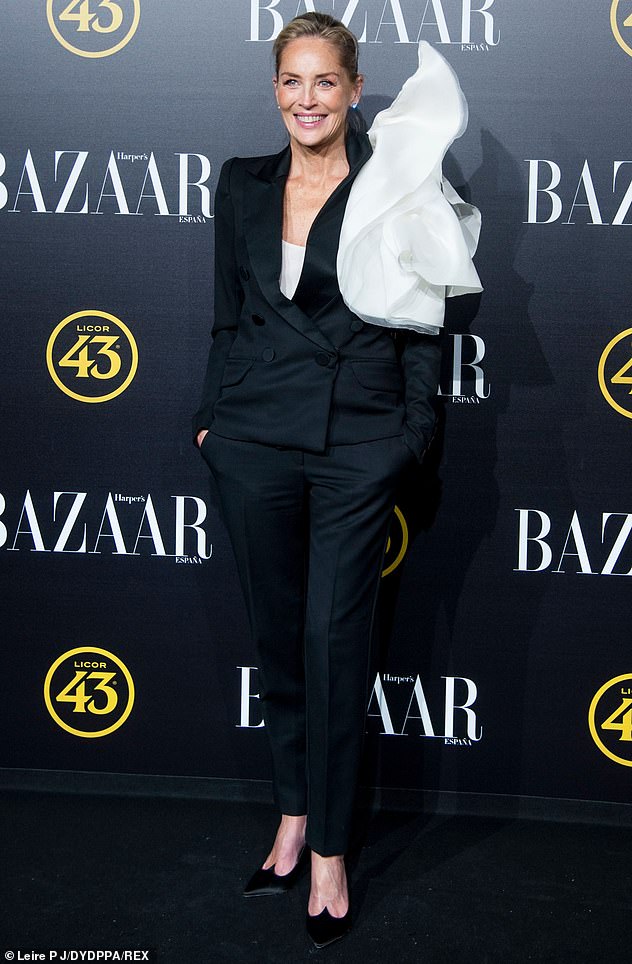 Request: The Sliver actress is asking for Chanel to repay her money earned by the track, as well as punitive damages. She was snapped this week in Spain

The Sliver actress is asking for Chanel to repay the money she earned with the track, as well as punitive damages, claiming the rap artist violated unfair competition and right of publicity statutes with both the song and video.

Stone said the Los Angeles native, 31, also took creative liberties with the video for the song in her admitted effort to ‘redo some classic, iconic Sharon Stone movie scenes’ in films like Basic Instinct and Casino. 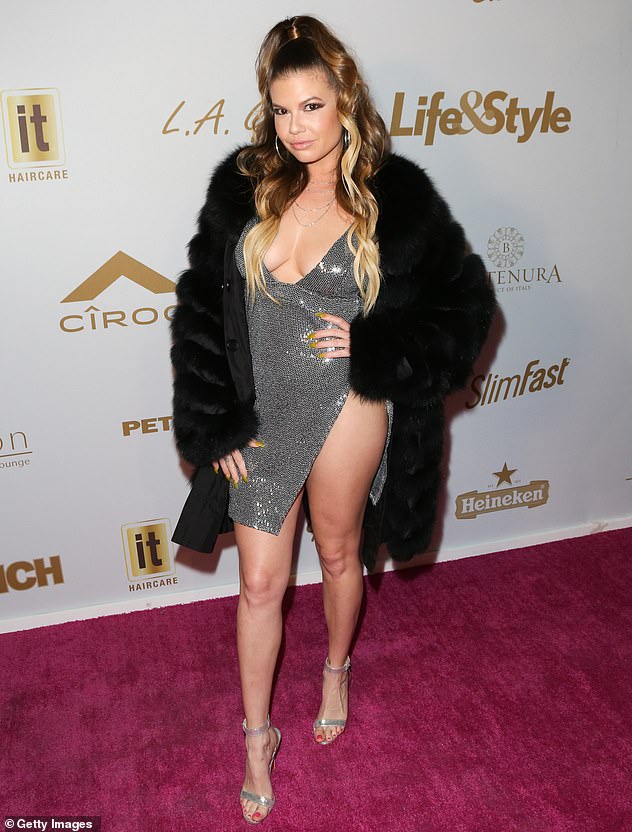 Rising star: Chanel was snapped at a party in LA in February before the Grammy awards

Stone, who has three teen sons, 19-year-old Roan, 14-year-old Laird and 13-year-old Quinn, also complained about the association with ‘cannabis paraphernalia’ in regards to the song’s connotation of the word Stoned.

Chanel issued a statement to Rolling Stone amid news of the suit, saying that Stone was aware of the track, and had been in talks with to make a cameo in the video.

‘Sharon pulled out of participating in the music video the day of the shoot after months of conversations, in-person meetings with myself and the director, two dance rehearsals and even had her own ideas that she shared with myself and my team for the collaborative on the video,’ the rapper told the publication. 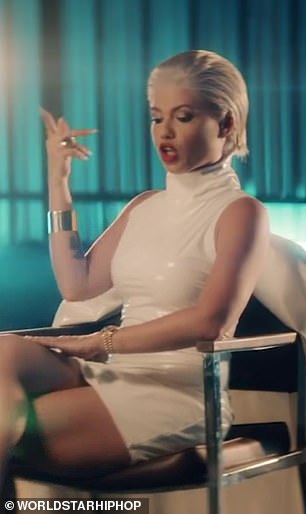 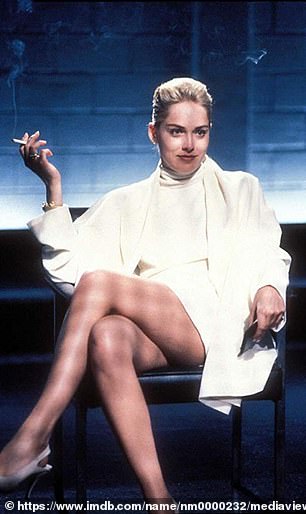 Resemblance: Stone noted how Chanel used her Basic Instinct likeness for the video

She added that she and ‘the entire production team … were surprised [Stone] she walked off’ the project, but ‘the shoot proceeded’ anyway.

Chanel noted her fondness for Stone and her work with the track and video.

‘I am an artist who was expressing myself through music by making a song and video about someone whom I greatly admire,’ she said. ‘I only had the best intentions to create something visually amazing that highlights Sharon Stone as well as myself and for that I have done nothing wrong.’