Leeds climbed back to the top of the Sky Bet Championship after two late efforts earned them a 2-0 win over Hull at Elland Road.

It was a seventh-straight victory and 10th game unbeaten for Marcelo Bielsa’s side, while the defeat saw the Tigers drop to 13th, five points adrift of the play-offs.

Hélder Costa had a goal ruled out for offside for the home side before they went ahead after 74 minutes when a sliding Jordy De Wijs turned Costa’s cross into his own net.

They made sure of the points with a swift counter-attack from a Hull corner and, after Patrick Bamford hit the post from Mateusz Klich’s cross, Ezgjan Alioski was on hand to put the rebound in from an acute angle.

Fulham remain in third place despite going down to a 2-1 defeat at Preston in a match where both sides finished with 10 men. Sean Maguire put Preston ahead after 23 minutes and five minutes later Fulham lost Denis Odoi to a straight red card following an aerial challenge with Patrick Bauer.

It became 10-aside in first-half stoppage-time when Joe Rafferty was dismissed following a challenge on Joe Bryan. David Nugent doubled the lead seven minutes into the second half with his first goal since returning to the club in the summer.

Aleksandar Mitrovic gave Fulham hope but they could not find an equaliser.

Millwall ended a run of three-straight draws with a 2-1 win at Bristol City. Murray Wallace and Jake Cooper put the visitors in charge with 20 minutes to play before Callum O’Dowda pulled one back but the visitors held on.

Paddy McNair’s late penalty enabled Middlesbrough to rescue a point from a 1-1 draw at Nottingham Forest.

Ryan Yates had put Forest ahead midway through the second half.

Joe Allen’s brace made sure Stoke ended a run of three-straight defeats with a 3-0 win over Luton. James McClean scored the first before goals from Allen either side of the interval wrapped it up.

Matthew Daly’s last-minute strike saw Huddersfield bring a run of five matches without a win to an end with a 1-0 victory at Charlton.

Coventry hold on in FA Cup

Jordan Shipley and Max Biamou scored a first-half goal apiece as Coventry booked their place in the FA Cup third round with a 2-1 victory over their fellow League One rivals Ipswich in Tuesday night’s replay. Luke Garbutt pulled one back with six minutes remaining but Coventry held on to book a meeting with Bristol Rovers or Plymouth.

Chuma Anene, on as a substitute, struck twice to help Crewe to a 3-1 triumph over the National League side Eastleigh.

Carlisle advanced after their defender Aaron Hayden propelled them to a 1-0 victory over Forest Green while Hartlepool needed extra-time to dispatch 10-man Exeter City, though Josh Hawkes scored his goal before Jack Sparkes saw red.

F1: Mercedes, Toto Wolff and Lewis Hamilton are ready to commit for the long term

Arsenal salvage a point at Chelsea: Martinelli shines, Mustafi gets savaged and Lampard is livid 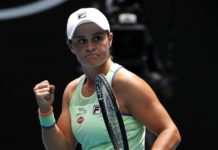 Barty tames the Melbourne wind to reach third round

'30 days to prepare a team' – how are GB shaping up for Olympics?