Bio-medical engineers have created a robot so fast moving that it can catch an insect with its ‘tongue’ – after studying nature’s springiest amphibians for inspiration.

Chameleons, salamanders and toads were the inspiration for a new range of soft robots which can carry out automated tasks requiring a range of movements at a fast pace.

Industrial and biomedical engineers studied the stored elastic energy that the animals use to launch their sticky tongues in order to replicate the fast, non-robotic movement. 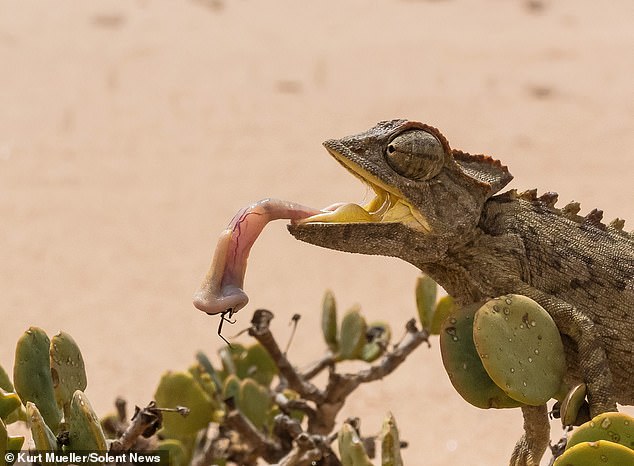 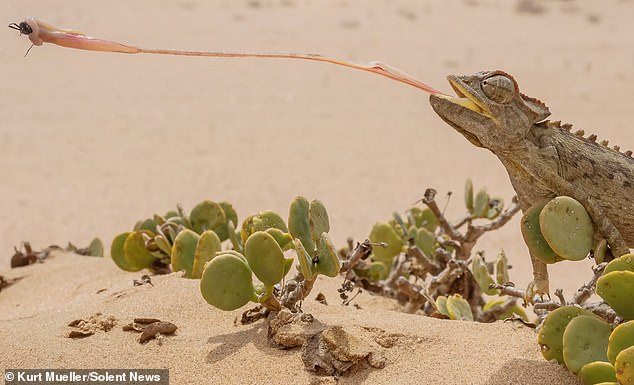 Similar to the chameleon’s tongue strike, a pre-stressed pneumatic soft robot is capable of expanding five times its own length, catch a live fly beetle and retrieve it in just 120 milliseconds

These bio-inspired robots are fabricated using stretchable polymers similar to rubber bands, with internal pneumatic channels that expand upon pressurisation.

Elastic energy is stored in the robots components by stretching their body in one or multiple directions during fabrication.

Similar to the chameleon’s tongue strike, a pre-stressed pneumatic soft robot is capable of expanding five times its own length, catch a live fly beetle and retrieve it in just 120 milliseconds.

Ramses Martinez, a  professor at the Weldon School of Biomedical Engineering in Purdue University’s College of Engineering said:  ‘We believed that if we could fabricate robots capable of performing such large-amplitude motions at high speed like chameleons, then many automated tasks could be completed more accurately and in a much faster way’

READ  Moon landing: How far away is the Moon? How many miles did Apollo 11 travel in 1969?

‘Conventional robots are usually built using hard and heavy components that slow down their motion due to inertia. We wanted to overcome that challenge.’ 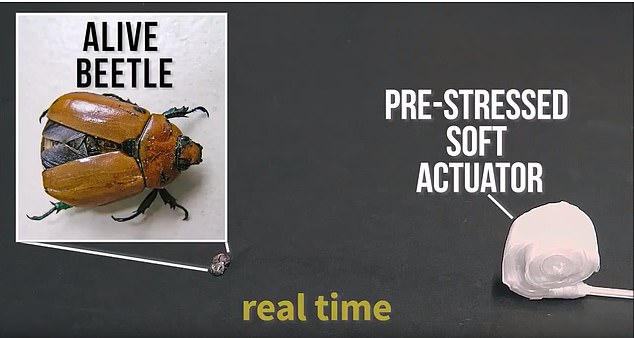 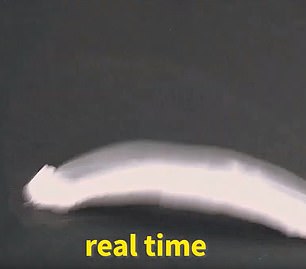 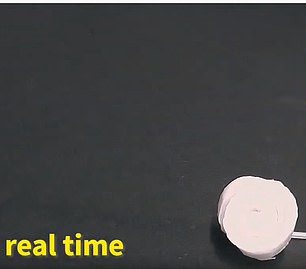 The light weight components of the robots makes them capable of rapid movements, here its internal pneumatic channel expands upon pressurisation (left). The pre-stressed robot relaxes and recoils when pressure is removed (right)

First, they excel at gripping, holding and manipulating a large variety of objects at high speed.

They can use the elastic energy stored in their pre-stressed elastomeric layer to hold objects up to 100 times their weight without consuming any external power.

Their soft skin can be easily patterned with anti-slip microspikes, which significantly increases their traction and enables them to perch upside down over prolonged periods of time and facilitates the capture of live prey. 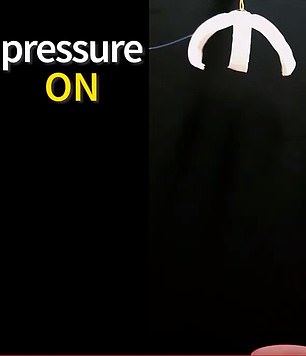 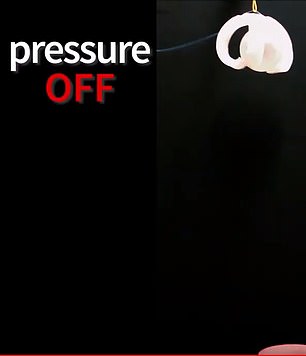 ‘We envision that the design and fabrication strategies proposed here will pave the way toward a new generation of entirely soft robots capable of harnessing elastic energy to achieve speeds and motions currently inaccessible for existing robots,’ Martinez said.

Many birds, like the three-toed woodpecker, use the elastic energy stored in the stressed tendons at the back of their legs, allowing them to not fall off a perch when asleep without using their own energy.

The anatomy of these birds has served as an example to enable the fabrication of robotic grippers capable of zero power holding up to 100 times their weight and perching upside down from angles of up to 116 degrees. 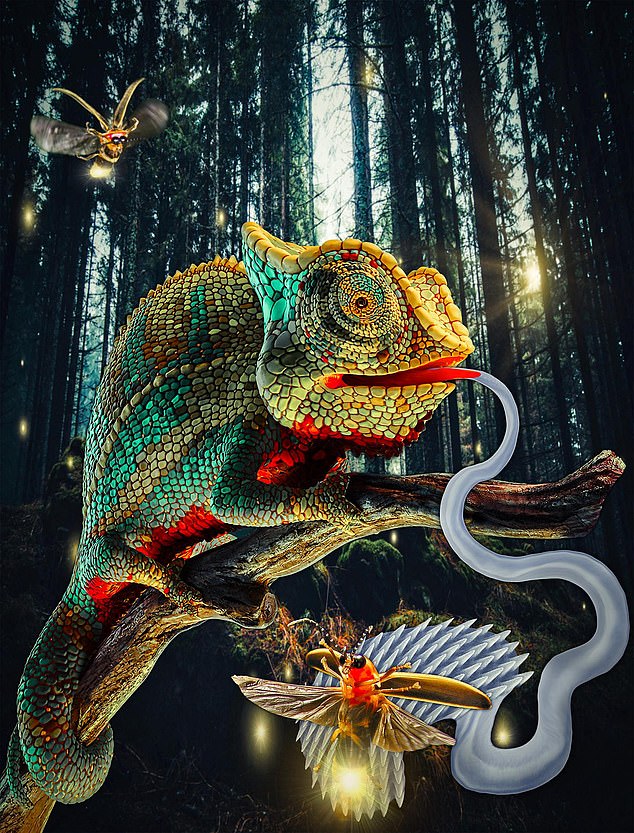 Seemingly spring-loaded and able to catch the speediest of flies, the chameleon’s sticky tongue is a formidable weapon

As the soft arms of the grippers are able to conform to the object this means a large contact area is achieved facilitating high-speed catching and allowing the robot to ‘grip’ the object without exerting power.

The Venus flytrap uses the elastic energy stored in its curved leaves to rapidly close on prey exploring their inner surface.

Inspired by the trap mechanism of the Venus flytrap and studying how lizards catch insects, the Purdue team also created a soft robotic Venus flytrap, which closes in only 50 milliseconds after receiving a short pressurised stimulus.

This technology is published in the Oct. 25 edition of Advanced Functional Materials.

HOW CHAMELEONS CATCH THEIR PREY

The tiny panther chameleon is able to shoot out its tongue to almost twice its body length in little more than 0.07 seconds.

Like all chameleons, it has a bone in the base of its tongue that fixes the powerful muscles, along with special tissue that effectively works as a spring.

When a muscle called the long accelerator contracts, the retractor muscles relaxes.

This causes other muscles to press against collagen springs, giving it incredible power and speed.

The tongue’s tip is a bulbous ball of muscle, and as it hits its prey it forms a small suction cup to grab hold of a fly, for example.

With eyes that operate independently like gun turrets, the remarkable reptile also has a full 360-degree arc of vision around itself.

In July, scientists revealed a chameleon’s brain can coordinate its eyes to help them focus on prey, even though they move independently.

This allows the animal to flick from stereo to mono vision when hunting.

From the archive: Clive James at the Space Center, 1983