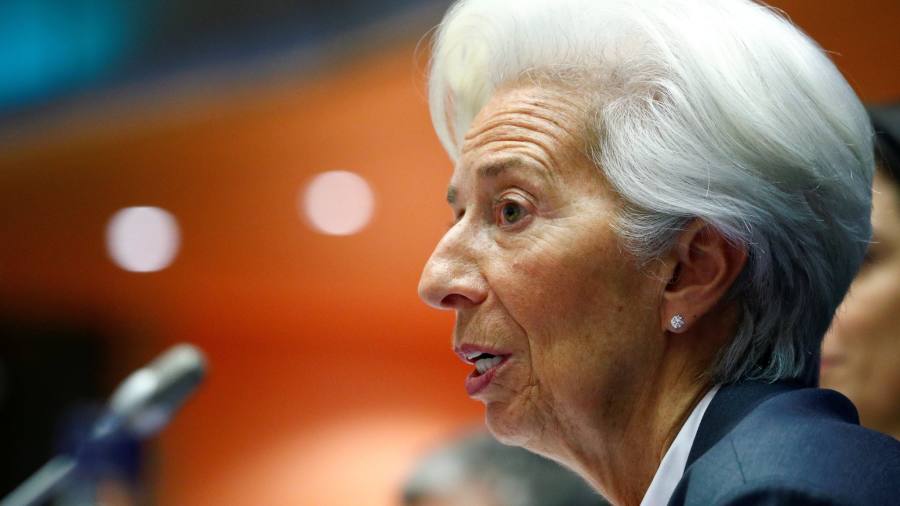 It seems you can’t be a self-respecting central banker without at least talking about climate change these days. Christine Lagarde, the new European Central Bank president, has called the issue “mission critical”. The San Francisco Federal Reserve held an entire conference on the topic last month. Mark Carney is leaving the Bank of England to become the UN special envoy for climate action and finance.

For all the talk, though, it’s not clear what action central banks can or should take. Climate change poses a clear risk to financial stability and economic growth, which fits squarely under the purview of supervisors. But the role for monetary policy is limited.

Supervisors and regulators are charged with assessing risks in the financial system — and the fallout from climate change could be huge. Catastrophic weather events could create massive insurance losses and, as the AIG crisis taught us in 2008, insurance firms can be systemic players in financial services. Technological or policy developments might lead to sudden swings in asset valuations and bank balance sheets may be financing homes, businesses, and government projects threatened by climate change.

Banks are well aware of these risks, but few of them are doing much about it. The UK’s Prudential Regulation Authority banking survey shows that nearly 75 per cent of UK banks recognised the risks of climate change last year, but only around 10 per cent were taking a long-term, strategic approach to them.

Supervisors must establish a framework for disclosing climate change risks for banks, insurance companies and asset managers. They should demand provisioning for these risks and conduct climate-related stress tests. Some members of the Network for Greening the Financial System — a consortium including 36 central banks — have already begun this process. But they are still grappling with difficult questions: How do you measure how green or brown an asset is when there is no standardised taxonomy? How do you choose the weather calamities or policy changes to bake into a stress test?

READ  Tesla's surge inspires fans to buy, skeptics to dig in, drives fear of missing out

Even so, the role for supervisors is relatively uncontroversial compared with that of monetary policymakers. Some say climate change falls outside central bank mandates. This is a grey area; many central banks have a secondary mandate to support the economic goals of the states that established them. But monetary policy is a blunt instrument, and it’s not clear how it can help. Weather-related calamities are very hard to forecast in the short-term, and central banks operate on a relatively short-term basis. The US Federal Reserve and the ECB only provide three-year forecasts, and the BoE forecasts four years ahead.

There are calls for central banks to buy green bonds to finance green projects. Low-carbon investments are often unattractive to investors in the short run because it is unclear whether they’ll work and the value of avoided emissions is impossible to measure. If central banks targeted green bonds in secondary markets, there would be a buyer of last resort and these investments might be more attractive.

Green bonds, however, accounted for only 3 per cent of global bond issuance in 2018. And behavioural change is at least as much of an issue as financing.

Even if buying green bonds was effective, it would put central banks in dangerous territory. A central bank would decide which are most worthy of funding, thereby engaging in resource allocation. That might impinge on their independence. Better to target sovereign green bonds and let the governments make decisions about allocation.

While it’s a good thing central bankers acknowledge the dangers of climate change, it’s also important they recognise what they can and cannot do about it. Perhaps they can find ways to finance the fight. But they have no real policy role. Their job is to contain the fallout.

The writer is a senior fellow at Harvard Kennedy School

Coronavirus: Workers to pay tax on tests by their employer

Direct Amsterdam-London trains given go-ahead, but no start date for Eurostar