Census to shed light on elephant population in southern Africa 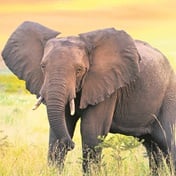 A wildlife nature reserve covering Botswana, Namibia, Zimbabwe, Zambia and Angola will undertake a loose elephant census next year at the cost of $3 million.

The aerial survey by the Kavango Zambezi Transfrontier Conservation Area (KAZA) directorate will help in managing elephants that freely roam across member states.

“The elephant population of KAZA represents more than 50% of the remaining savanna elephants (Loxodonta Africana) found in Africa, a species recently listed by the International Union for the Conservation of Nature (IUCN) as globally endangered.

“On a positive note, the IUCN Red List acknowledged that savanna elephants are stable or increasing in KAZA, unlike the rest of the continent, which is a clear testament of the positive outcomes of the management interventions within KAZA,” Teofilus Nghitila from Namibia’s Ministry of Environment, Forestry and Tourism told journalists.

The survey was first mooted in 2019 by the presidents of member states when they met in Kasane, Botswana at the 2019 Elephant Summit.

They also tried to come up with a way to get the 1989 ban on international trade in ivory by the Convention on International Trade in Endangered Species (CITES) lifted.

Conservationists estimate that Botswana’s elephant headcount stands at about 130 000, the highest in the world, followed by Zimbabwe with about 100 000 which is above the country’s holding capacity of 45 000.

Most elephants from Angola migrated to Botswana during that country’s civil war.

ALSO READ | Earning kudos! How a village girl went from saving a kudu to fighting poachers in Zimbabwe

However, because of the nature of animal migration among countries in the KAZA, independent counts are unreliable.

Zimbabwe Parks and Wildlife Management Authority (Zimparks) is for the idea of culling the country’s elephant head to conserve vegetation and balance the ecosystem.

In the past, Zimbabwe has sold baby elephants and fully grown ones to China and Dubai as part of its ecological initiatives.