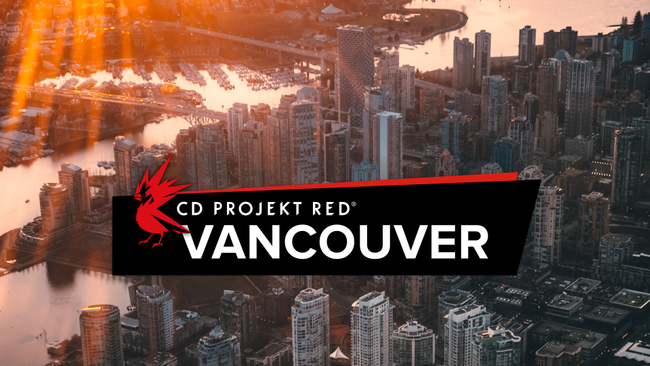 Primary takeaways from the presentation include:

Additionally, CD Projekt announced the acquisition of Vancouver-based studio Digital Scapes, which had been working with CDP for the last several years assisting in the development of the upcoming multiplayer component to Cyberpunk 2077.

Finally, when discussing current year roadmaps, CD Projekt confirmed that the PlayStation 5 / Xbox Series X|S update for The Witcher 3: Wild Hunt will land in the latter half of 2021.

A presentation video and two press releases from CD Projekt detailing both the strategy change and Digital Scapes acquisition can be found below.

CD PROJEKT has released an update to its Group’s strategy for the coming years. Its key goals include a transformation of the studio and a change in the way it develops videogames, which will ultimately enable it – starting in 2022 – to work on multiple AAA games and expansions in parallel. The Management Board of CD PROJEKT has also announced further development of its brands and expansion of its expertise in the area of online gaming.

The updated strategy charts three strategic directions of development and presents a number of steps which aim to improve the Group’s operations and reinforce its potential.

“While we remain as ambitious as ever, we are also aware of areas which call for improvement. Our new Strategic Development Framework will enable us to optimize intragroup processes – especially those which concern development of videogames – and will secure the Group’s further dynamic growth,” says Adam Kiciński, CEO of CD PROJEKT.

As part of RED 2.0 the studio will further empower its CTO (Chief Technology Officer) and modernize the areas for which the CTO is responsible. The Studio’s REDengine technology will be improved and centralized, while reorganizing the Studio as a set of interdisciplinary agile teams will transform the way games are developed, making its approach more proactive.

“We want to be sure that we can work with two global brands at the same time while ensuring top quality of our products. We emphasize technological advancements and we want to set up versatile teams which combine various specializations and competences. These teams will be further assisted by a cross-projects group of experts, who – owing to their expertise – can contribute to key aspects of development. All these changes aim to enable us to work on multiple AAA games and expansions in parallel, starting in 2022,” says Paweł Zawodny, CTO and Head of Production at CD PROJEKT RED.

CD PROJEKT RED also intends to change the way in which it communicates with the world and promotes its games. Future marketing campaigns will be much shorter, with promotional content released closer to the actual release of the given game, presenting its operation on all supported hardware platforms. The Company is also rethinking its approach to announcing new projects – each year CD PROJEKT will publish a new roadmap, detailing plans for the coming quarters.

The next aspect of the CD PROJEKT Group’s strategic growth involves further expansion of its franchises.

“Single-player RPGs have been, are, and will remain our priority. However, we also perceive the huge potential of both The Witcher and Cyberpunk, and we want to expand their reach to include new areas, media and content types. Our goal is to deliver an even richer supply of entertainment, introducing new target groups to our characters and imaginary worlds,” remarks Michał Nowakowski, SVP Business Development and Board Member of CD PROJEKT.

The final building block of the Group’s new Strategic Development Framework involves expansion of its ability to enrich the Studio’s products with online features. CD PROJEKT RED will develop online technologies which can be embedded in future development processes. This technology will power online features which the studio will gradually roll out for its games. It will also foster growth of online communities – based on the GOG GALAXY platform, which brings together fans of CD PROJEKT RED videogames as well as external productions.

Team support is crucial in bringing about the anticipated changes and implementing plans. Thus, CD PROJEKT is redoubling its efforts to secure a sustainable and caring work environment.

“For years we have been underscoring our belief that our greatest asset is our team. CD PROJEKT will remain an inclusive and diverse workplace; however, we also want to emphasize the well-being of our employees and provide them with professional and personal development opportunities,” says Adam Badowski, CD PROJEKT RED Studio Head and Board Member of CD PROJEKT.

“In order to be able to engage in parallel development of multiple projects we must continually expand our talent pool. This is why we are ramping up recruitment activities. We intend to continue growing organically, while locking in partnerships with proven external partners. We also intend to more actively pursue M&A opportunities, which will help the studio expand – particularly with regard to its technical capabilities,” says Piotr Nielubowicz, CFO and Board Member of CD PROJEKT.

In conjunction with its strategy update, CD PROJEKT has also announced the signing of a term sheet, specifying the conditions under which the Company will acquire the Canadian Digital Scapes development studio. Both companies have been actively collaborating since 2018.

Implementation of the new strategy is made possible by the solid financial backbone which CD PROJEKT has secured in recent years. It contributes to creative freedom, secures ongoing videogame development projects and enables the Group to engage in other initiatives which promote its growth.

“We are fully aware of the amount of effort which we’ll have to invest in implementing our plans. However, there is no shortage of motivation on our part. We believe that the strategic directions of development we have charted will increase the Group’s potential and enable us to develop peerless entertainment, delivering memorable experiences to clients from all around the world,” summarizes Adam Kiciński, CEO of CD PROJEKT.

The CD PROJEKT Group’s strategy update, along with a video commentary, can be found at www.cdprojekt.com/en/capital-group/strategy/.

On 29 March 2021 CD PROJEKT signed a term sheet specifying the conditions under which it will acquire the Vancouver-based gamedev studio. Both companies have been in close cooperation since 2018.

– The well-known Digital Scapes team is our trusted partner. For three years we have been closely working together, and we trust them completely. Digital Scapes have put in a great deal of work during the making of Cyberpunk 2077, assisting with development of the game and optimizing its various features. In addition to contributing to our projects the new team will help us perfect our technologies and will broaden our competences in this respect – says Paweł Zawodny, Head of Production and CTO at CD PROJEKT RED.
He goes on to add – We believe that the hugely talented Digital Scapes crew is the perfect foundation upon which to build a wider CD PROJEKT RED Vancouver team.

– We are very excited to join a studio that forges the incredibly engaging, vastly scoped experiences, such as The Witcher trilogy and Cyberpunk 2077. We believe our contribution in the area of gameplay and technology can make them even more captivating. Being a Polish Canadian, I personally take great satisfaction in building bridges between Canadian and Polish game development industries. This is a great opportunity for Canadian developers to get involved with CD PROJEKT RED’s incredible IP and for CD PROJEKT RED to tap into Canada’s deep talent pool and game-making craft ­­– remarks Marcin Chady, Vancouver studio head.

The Vancouver team employs around a dozen experienced game creators with various areas of expertise, including multiplayer development, programming and animation for all major hardware platforms.

If you would like to become an integral part of CD PROJEKT RED Vancouver, joint a well-oiled team of professionals and work on The Witcher and Cyberpunk videogames – contact us at [email protected]