Cats box office: How much has Cats made at the box office? BAD news for fans 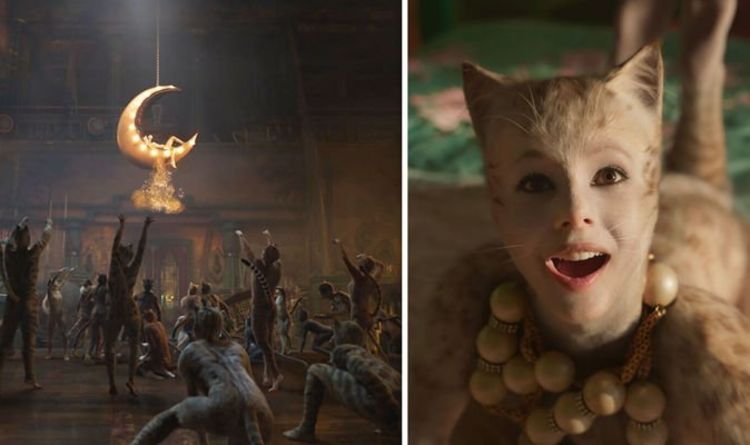 Cats is the latest movie from Oscar-winning director Tom Hooper has not impressed in the way many would have expected. The film, an adaptation of the stage musical from Andrew Lloyd Webber, has left critics cold but many fans have still gone out to cinemas to view the movie – so how much has it made at the box office?

How much has Cats made at the box office?

But sadly for Universal and the team behind Cats, the movie has not performed well at all, despite its massive estimated budget of $95million.

A great deal of this budget would likely have come from the heavy use of CGI in the film, which was used to give the actors cat-like fur.

However, the team will be unhappy to hear the film has barely made any of its budget back, banking a measly $14.7million (£11.2million) in the USA since its release on December 20.

Cats had the same release date in the UK, but in the UK and other territories outside of the USA, the film has made an even smaller amount.

This will mean any hopes for a sequel to the film will be dashed as the movie has likely not made enough to excite those who run the budget.

With that being said, fans of Cats will have reason to celebrate as the music from the film, including the Golden Globe-nominated new song from Webber and Swift, is available as a CD or to download.

While the film itself may not have impressed, the musical is one of the most successful of all time in both the UK and the USA, so hopefully the music will still entertain and excite fans.

Sadly, however, it looks as though Cats will not be making many waves in any other awards ceremonies this coming year.

Even more so is this the case, after Universal reportedly pulled Cats from all awards considerations.

Who is in the cast of Cats?

The cast of Cats is incredibly full of talent, with singers, actors and dancers all taking their places in their roles.

The biggest names are Sir Ian McKellen and Dame Judi Dench, each of whom play older cats, Gus the Theatre Cat and Old Deuteronomy.

Dench was meant to perform in the West End debut of Cats as Grizabella, but sadly an injury meant she was forced to pull out, and the role went to Elaine Page.

Also in the movie cast is newcomer Francesca Hayward as Victoria, a new cat written for this version, Swift is Bombalurina, Elba is the villainous Macavity and Laurie Davidson is Mr Mistoffelees.

Unfortunately, despite the stellar cast of Cats, they have not been able to save the film from the tirade of bad reviews which have come through.

Cats is in cinemas now