Catherine Tate husband: Who is Dr Who star married to amid 'secret engagement'? 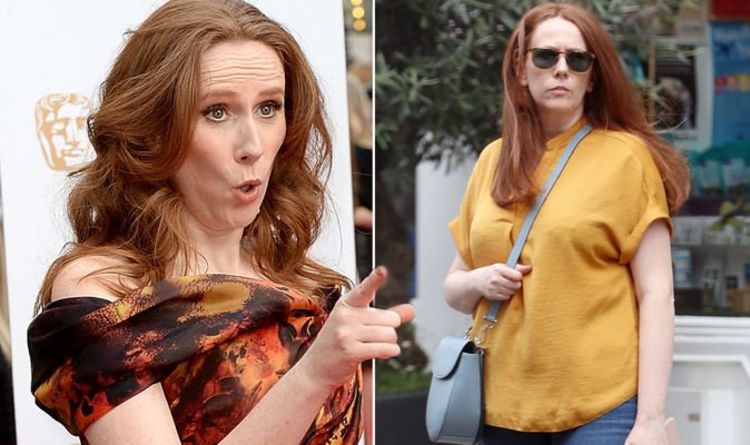 Comedian, actor and writer Catherine Tate will appear as a guest on Channel 4‘s 8 Out of 10 Cats Does Countdown tonight (August 30) after building up a successful career on British and US TV. Instantly recognisable for her own BBC sketch show The Catherine Tate Show, she’s also achieved success Stateside on NBC sitcom The Office. She tends to keep her private life out of the public eye, however, especially her romance with Jeff Gutheim.

Gutheim is an American screenwriter, famed for his work on comedies Full Of It and Knucklehead.

The pair have reportedly known each other for a number of years but only recently became involved romantically.

Before their romance, Tate had dated former The One Show host Adrian Chiles and was linked to Take That star Jason Orange.

According to The Mail on Sunday, however, it is Gutheim who the comedian has tied the knot with.

A source told the publication: “Catherine and Jeff have known each other for years,

“Jeff is a screenwriter, so he and Catherine have been working on several writing projects together.

“He’s a funny, good-looking guy but it’s been hard for his ex-wife to deal with the fact that he is dating someone so famous.”

The source also added the pair haven’t “been hiding” but the fact Tate isn’t as well known in the States has helped keep their relationship low-key.

“They’ve been quite open about their relationship and have been talking openly about getting married,

“They are very much in love and blissfully happy. They can’t wait to start this next chapter of their lives together.,” the source said.”

The former Doctor Who star and Gutheim were reportedly going to tie the knot at some point this summer.

Confirmation of an official date and whether or not they’ve already wed is under wraps.

Express.co.uk has contacted a representative of Tate for comment.

Back on-screen, Tate will not only be showing off her comedic talents on Cats Does Countdown but she’ll also be tasked with flexing her numeric and literacy muscles.

Joined by team captains Sean Lock and Alan Carr and fellow guest Harriet Kemsley, fans can tune in tonight on Channel 4 to see how she gets on.

8 Out of 10 Cats Does Countdown continues tonight at 9pm on Channel 4.