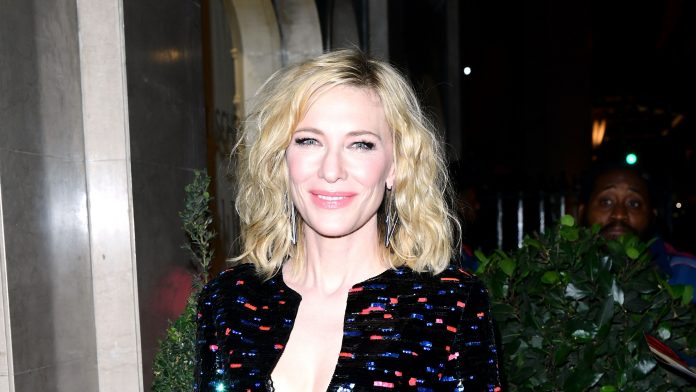 Cate Blanchett stepped out with style at the Harper’s Bazaar Women Of The Year Awards.

The Hollywood star and Oscar-winner stopped for cameras ahead of the event dressed in a low-cut sequinned play suit.

She attended the annual ceremony in London, and was joined by stars on the red carpet.

Helena-Bonham Carter, set to star in the upcoming series of The Crown, was among the big names on the guest list.

Brit Award-winning singer Jorja Smith was among the famous faces in attendance at Claridge’s Hotel, donning a bold yellow dress.

Rosie Huntington-Whiteley arrived at the event with actor Jason Statham.

Alexa Chung and Cressida Bonas also made an appearance.

READ  Star Wars 9 ending completely RIPPED OFF this Game of Thrones final scene? What the Force?

Westworld: How Old Testament King Rehoboam Could Be Prophetic for Season 3

Robert Downey Jr. Had Lots of Delightful Birthday Messages from His MCU Co-Stars