She’s stepped behind the camera as co-creator of the series Stateless.

And Cate Blanchett cut a chic figure in classic khaki green co-ords on Wednesday to attend the photocall for her new TV venture at the Berlin Film Festival.

The actress, 50, opted for the classic suit teamed with a black polo neck jumper for the launch of the series, which focuses on four strangers in an immigration detention centre based in the Australian desert. 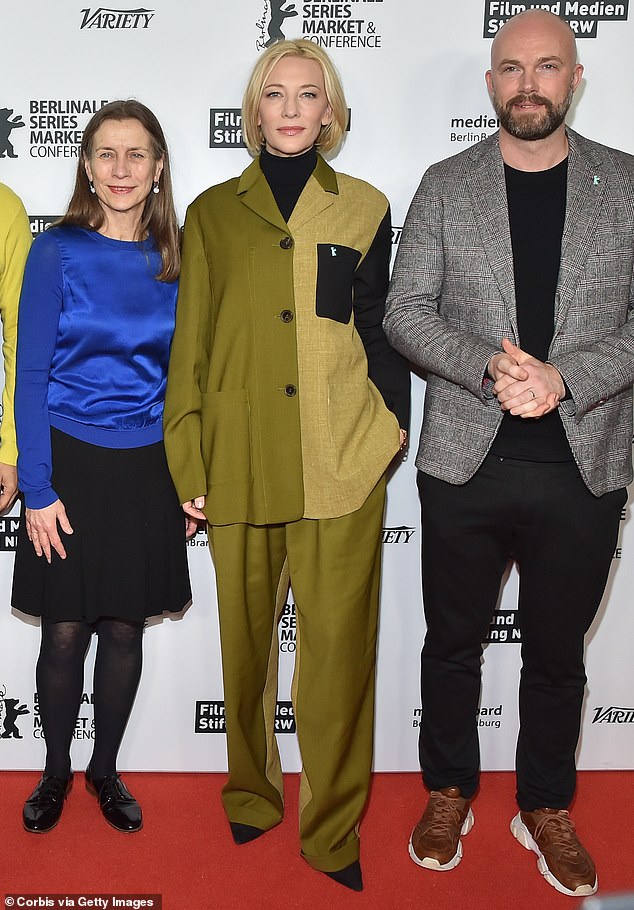 Stylish: Cate Blanchett, 50, cut a chic figure in classic khaki green co-ords on Wednesday to attend the photocall for her new TV venture at the Berlin Film Festival

Cate displayed her ageless sense of style in the mixed-print green suit, with a mixture of olive and khaki green fabrics in both the oversized blazer and matching trousers.

The Blue Jasmine star teamed the look with black pointed-toe heels and a polo neck jumper as she joined her fellow series creators at the photocall.

Cate kept her blonde tresses styled into a sleek bob as she arrived at the launch in the German City. 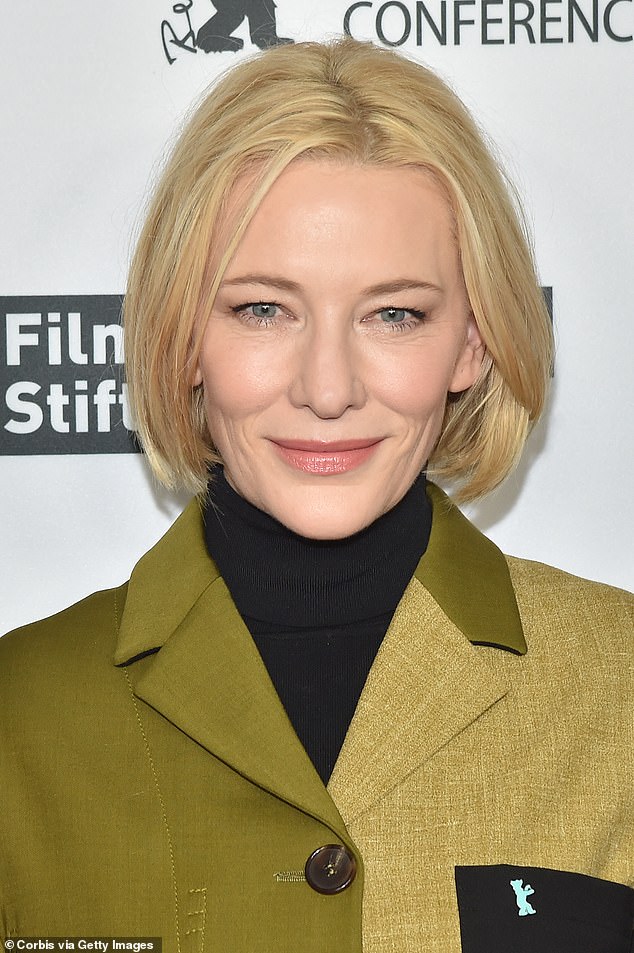 Funky: The actress opted for the classic suit which boasted a mixture of green fabric, teamed with a black polo neck jumper for the launch of the series

Stateless will air on the ABC network in Australia and Netflix worldwide, and focuses on four strangers, whose lives being to intertwine at an immigration detention centre.

The four strangers are an airline hostess fleeing a cult, an Afghan refugee fleeing persecution, a young Australian father escaping his job and a bureaucrat caught-up in a national scandal.

When their collide, they are pushed to the absolute brink of their sanity, and surprising connections begin to form. 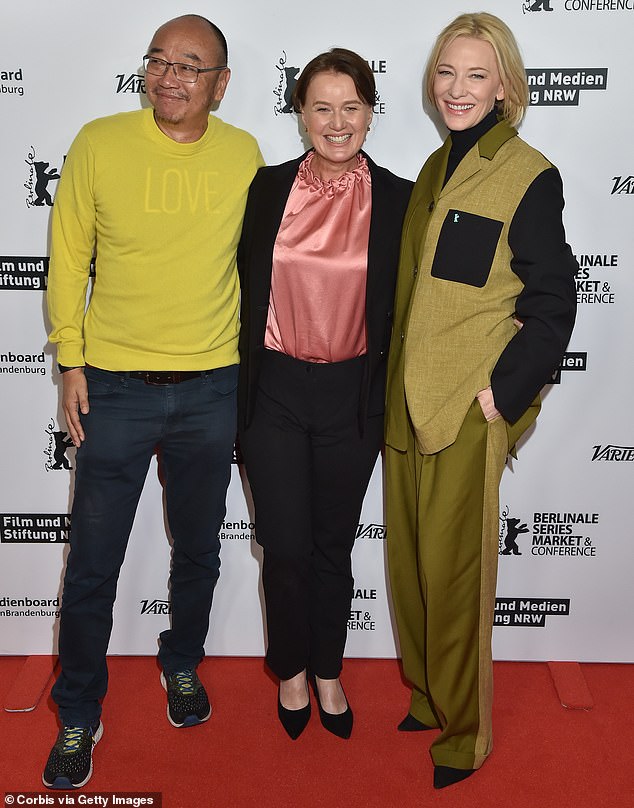 Lovely: Cate co-created the Australian series Stateless with Tony Ayres and Elise McCredie (pictured), which focuses on four strangers at a detention centre

Cate also stars with the series, along with Dominic West, Jai Courtney and Yvonne Strahovski.

Elsewhere the Oscar Winner is set to star in the upcoming thriller Nightmare Alley, which will be directed by Guillermo del Toro.

In the film she will play a a female psychiatrist who teams up with a corrupt con-man, to trick others into giving them money.

The con-man will be played by Bradley Cooper, with Rooney Mara, Willem Dafoe and Toni Collette rounding out the cast. 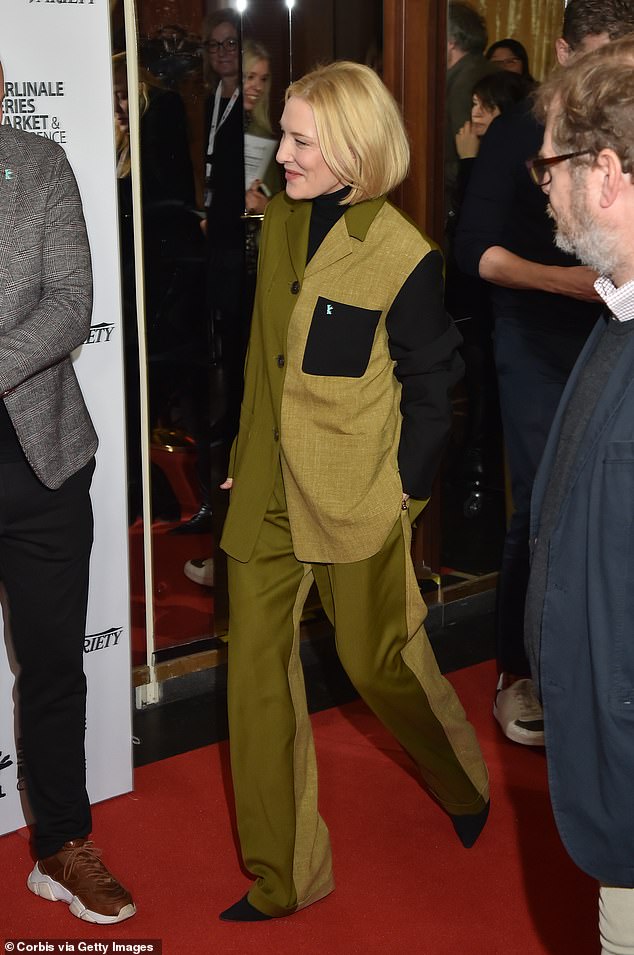 Gorgeous: The Oscar winner kept her blonde tresses styled into a sleek bob as she arrived in the classic green suit

‘Joe Exotic is a racist’: Tiger King star used ‘unsettling’ slurs filming and claimed it was ‘discrimination that he can’t use n-word’

Quiz: Drama about Who Wants To Be A Millionaire coughing scandal begins on April 13