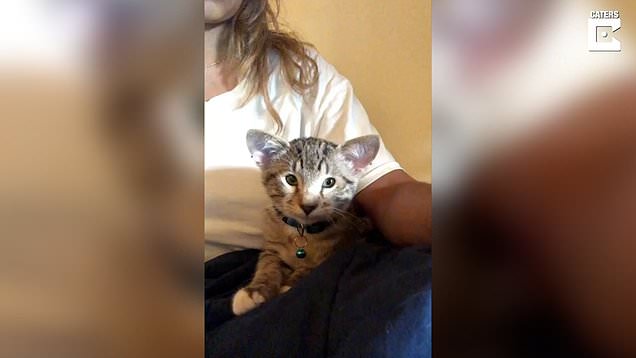 Aslan the domestic shorthair mix cat was born with an extra set of ears – but that just made new owner Swati Komanduri love him even more.

The one-year-old rescue kitty was found by the financial analyst, from Pennsylvania, US, while she was volunteering for Animal Safe Haven and Adoptions.

When Swati saw Aslan among 14 others who were rescued from a colony, she decided to take him and give him a forever home.

She said: ‘He is sweetheart. Every night he sleeps next to me and he has to hug my arm.

‘He is very talkative and social cat. He loves and demands to go for walks.

‘He loves food- cat, dog or human. He insists on tasting everything and if isn’t given what he wants for food or treats, he steals it and runs away.’

Swati, 41, heard about a group of cats round at a car repair shop last year in June by ASHA.

She said: ‘I got a call that 14 kittens were rescued from a colony. When I went to pick up the new kittens I was told there was a tiny kitten with four ears.

‘I have never seen a four eared cat. I didn’t even know about this mutation.

‘I was shocked. I saw him and squealed and started giving him hugs and kisses. He was so tiny, the size of my hand. But I knew he was coming home with me.

‘It was love at first sight. He was so cute!’

Aslan’s extra ears don’t have much of an impact but he does have some issues with eating.

The doting owner added: ‘He struggles to eat but he licks his kibble.

‘Even wet food he pushes with his tongue, so he ends up pushing it off the plate or the corner of a bowl.’

The playful kitten loves running around and playing with his cat cousin Angel and dog sibling Kingston.

Swati said: ‘He has been leashed trained and we do walks into the backyard. When he is bored, he walks around the house meowing so loudly.

‘This is funny when I’m on a work call. He plays fetch with mouse toys.

‘No matter who’s house he visits he is the boss of all creatures, human or animal. He has zero fear.’

Now, Aslan is a social media star and Swati wants to encourage others to adopt animals with special needs.

She said: ‘I am so happy to have the privilege to care for him. He is mine forever.’


MORE : Cat runs over and meows at owner after going missing for two and a half years 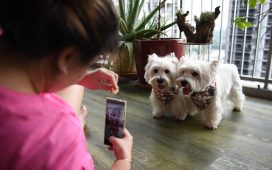 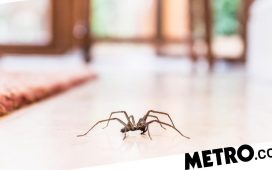