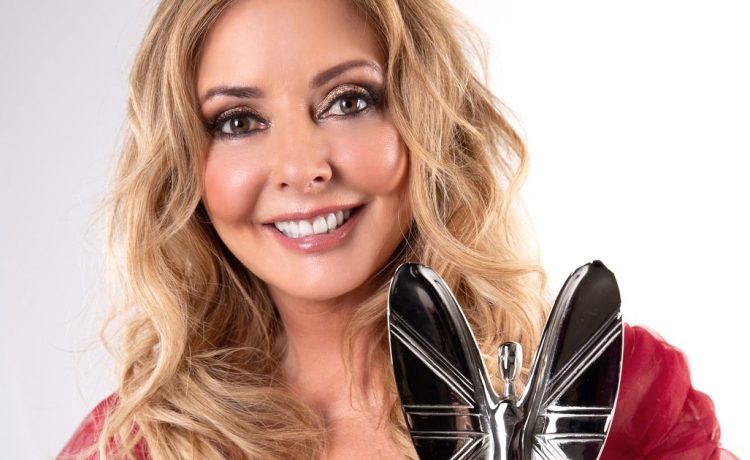 Sixty is the new 20, according to the nation’s favourite maths whiz, who says she’s in the prime of her life and wants more play and less work.

“I know I’m 60 – I know that because my birth certificate says so,” says a lively and vivacious Carol Vorderman as she chats from her elegant Bristol home.

“But I’ve got the greatest sense of freedom that I’ve ever had. In my head I feel like I’m 20!”

The freedom of her 60s has made Carol excited at what the future holds.

The twice-married TV presenter says: “I was a good daughter to my mum until she died in 2017, and I’ve looked after my kids, Katie, 29, and 24-year-old Cameron, as a single parent, and they’re happy. So it’s like… what shall I do now?”

And Carol can’t believe she’s been hosting The Daily Mirror Pride of Britain Awards, in partnership with TSB, for an incredible 22 years. Nominations for this year’s awards open today.

She adds: “And next year it will be 40 years since Countdown started.

“But I’m not that bothered about being on the telly any more. I worked my butt off last year and I don’t want to do it any more.” Carol told how lockdown took its toll and left her exhausted.

She says: “I was really busy, I was making a couple of new TV shows and books, plus filming new stuff for The Maths Factor.

“I found lockdown difficult – like everybody. By last Christmas I was bloated and not well. Tired beyond tired, and I was finding filming not pleasant.

“In January I said to my agent, ‘I’m just not doing that any more. I don’t see the point. I’m going to concentrate on my health’, so that’s what I’ve been doing.”

Her work with Pride of Britain has also made Carol determined to spend more of her time helping others.

She revealed she’s been working with Swansea and Cambridge universities for years secretly giving away educational bursaries to help children from deprived backgrounds.

Carol says: “And now I want to do even more. My old school in Rhyl is still 50% free school meals, so I’m going to be doing a lot with them.

“And also I plan to set up a foundation in the future.

“I’ve lived a very interesting life, a life I couldn’t have dreamt of as a kid as I was from a really poor family. And I want to give something back.

You also get the feeling she’s not looking for “the one” any more since her relationship with Red Arrows pilot Graham Duff ended five years ago.

She says: “I am genuinely happy being single with ‘special’ friends.”

The real love in her life now is Wales – where her mum Jean came from and Carol spent the first 20 years growing up in Prestatyn, North Wales.

Going back to her roots, Carol bought a clifftop house in Pembrokeshire, West Wales, 18 months ago.

“I love it there – it’s wild and Welsh,“ she says happily, adding, “I intend spending a lot more time there now.”

She’s been learning Welsh and loves her Saturday job on BBC Radio Wales.

The qualified pilot is taking care of herself and after getting her jabs in February she has changed how she exercises.

The results are clear as Carol regularly posts gym shots to her half a million social media followers.

“I’m very healthy and fit. I do 16/8 intermittent fasting and I’m in the gym doing weights three times a week,” she says.

“I’ve told my trainer I’ve got three things I want to do by the end of the year – a full press-up, a handstand and the splits!”

In 2017, Carol made the headlines when she spoke on the Lorraine show about her severe menopausal depression and when finally prescribed HRT, the result was “miraculous”.

She says: “I’m not still on HRT gel – I came off it two years ago. And then very occasionally I think, ‘Ooh I’ll have another squirt of that gel and see what happens.’ But I don’t feel I need it.”

Now past the menopause, the TV host is in rude health.

“I’m not on any medication, which is rare for someone my age,” she reveals. “But I do take a lot of vitamin and mineral supplements.”

Known as Boots Vorderman for her thigh-length black leather boots when studying engineering at Cambridge, Carol is now learning about gerontology – the study of ageing.

“My thing is biohacking. I’m experimenting with all sorts of things and hoping to do a documentary about it, but I’m at the next stage of life.

“I want to push the boundaries of ageing healthily.”

As nominations for this year’s Pride of Britain open, Carol counts herself very lucky to be able to celebrate another year of everyday heroes doing extraordinary things.

She smiles: “I genuinely wake up every day and think, ‘Bloody hell, you’re a lucky woman, Vorderman’.”

Jean Forrest had fostered an incredible 635 youngsters and won Careworker of The Year in 2000. She was really special – she had an aura of love about her.

There was a point in the show where I asked her: “Have you seen David and Leanne?”, who were her own children who lived in Australia. And we’d flown them in, hadn’t we?

Her children and grandchildren came on and there wasn’t a dry eye in the house.

I loved the moment seven-year-old Rachel Edwards was presented with the Child of Courage at the third Pride by her hero, Robbie Williams.

He asked if he could give her a kiss – so he kissed her on the cheek. And she went: “Oohhhh.”

And I said: “Would you like another kiss from Robbie?” She went: “No thank you!”

I’m still in contact on text with Rachel, who’s a grown woman now.

She’s wheelchair bound, but she works as a wonderful teacher in Leicester with teenagers at college.

Cheryl was probably at the peak of her fame when she was cream-pied by young fundraiser Cameron Small on the show.

We needed someone to be pied, and I volunteered. But it would have taken me an hour to get my make-up on again, so they decided I wasn’t to be the one.

Then we heard that Cheryl didn’t mind doing it and she was presenting the award, anyway, with the X Factor gang.

She was so beautiful and so gracious with being pied in the face, and I thought: “Good on you, girl.”

Six-year-old child of courage Lydia cross, who’d lost her legs to meningitis aged three, hadn’t seen her dad for months as he had a dangerous security job in Iraq.

I remember saying to her on stage: “Look at that camera and you can talk to daddy, he’ll talk to you from Iraq.” But we’d flown him over.

I was standing next to her and, as he was approaching, you could hear his normal voice as opposed to through the speakers. That’s when she realised and he came out from behind the screen. It was lovely.”

One close to my heart is surgeon David Nott, who was honoured for his work in war-torn countries.

One day ISIS raided the hospital in Syria where he was operating on a child – but he refused to leave. The other surgeons told him: “Don’t say a word. As soon as they hear your voice, you will be killed.” The other surgeons spoke, and he survived.

He is also the surgeon who saved my life when I was taken to hospital with sepsis 16 years ago. Later he told me my organs had begun to shut down and I was six hours from death.

Child/Teenager of Courage
For battling against the odds to help others or putting themselves at risk to save
someone in danger.

Outstanding Bravery
For adults who risk their own safety to help others in danger.

Recognising achievements not covered in other categories, such as inspiring carers,
campaigners, and members of armed forces

ITV Fundraiser of the Year
For tireless and inspirational charity fundraising, aged 16 and over.

Good Morning Britain Young Fundraiser of the Year
To reward a young person aged 15 and under for inspirational charity work.

This Morning Emergency Services Award
For police, fire, ambulance, paramedics or air, sea or mountain rescue who have
gone beyond the call of duty.

TSB Community Hero
For someone who goes to remarkable lengths to help others lead their best life.