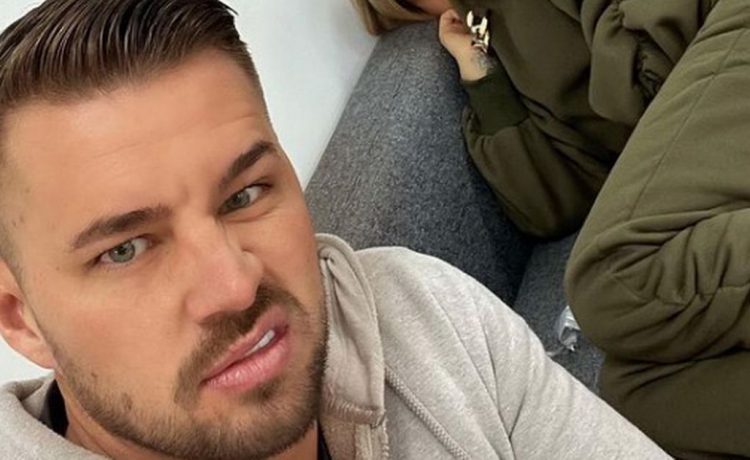 Carl Woods has delivered a fiery response to comments on one of his girlfriend Katie Price’s posts.

On her Instagram account, former glamour model Katie posted an image of Carl smiling with his pearly white teeth on the sofa while she slept peacefully beside him.

Katie captioned the image: “So @carljwoods finds it funny to keep taking pictures when I find time to nap anywhere time [laughing emoji] @dental_centre_turkey well at least it show cases his beautiful laughter with his teeth he did here In the summer [laughing emoji, heart emoji]”.

However, not all the comments on Katie’s post were particularly kind to Carl’s smile.

Someone then wrote back to Carl: “love how committed you are to @katieprice anti bullying / troll campaigns [applause emojis]”.

This commenter later added: “its called sarcasm [laugh emoji] I read every comment!”

One person praised Carl penning: “Ignore the rude comments. I think they look great. Trolls have nothing better to do in their life. [laughing emoji]

Another user replied to this and referred to an earlier remark from Carl: “he didn’t ignore the rude comments he was just as rude if not worse with his comment about that lady”.

Earlier in the comments a female commenter had written: “Those teeth are a joke”.

Carl had then retorted: “just like your nose then”.

His comeback prompted one person to reply “wow” and another penned: “dear me [face palm emoji]”.

The disagreements in the comments come after Katie herself has previously campaigned for a new law, which she dubbed ‘Harvey’s Law’ which would make online abuse a specific offence and also create a registry of offenders.

The proposed law is named after the mum-of-five’s eldest son Harvey Price who has been the victim of online abuse.

Among the offending social media material was a video that saw a man in blackface cruelly impersonate Harvey beside a woman pretending to be Katie herself in a video that was branded ‘racist’ and ‘disgusting’.

Katie has continually been posting on social media and using the hashtag #HarveysLaw.

Mirror Online has reached out to a representative of Carl Woods and Katie Price for comment.

Meanwhile, Katie recently spoke about her plans to be married to Carl and pregnant with their child by December next year.