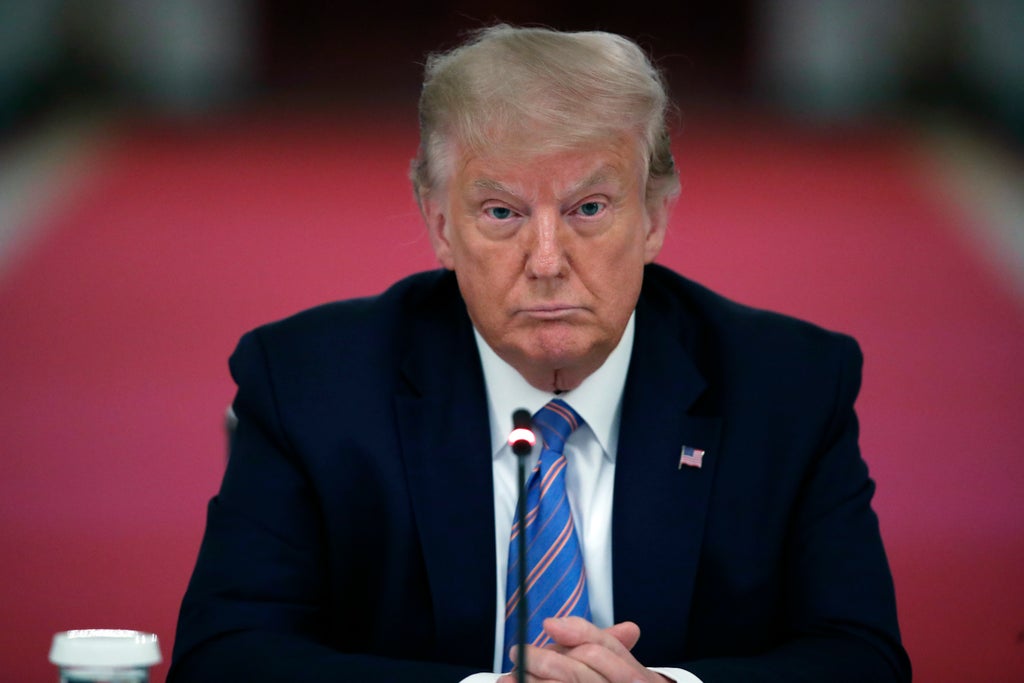 A District of Columbia federal judge has rejected former president Donald Trump’s request to block the House of Representatives select committee investigating the 6 January insurrection from accessing a tranche of White House records held by the National Archives.

In an opinion issued on 9 November, US District Judge Tanya Chutkan ruled that the committee probing the events leading up to and surrounding the assault on Congress — the worst attack on the Capitol since 1814 — will be able to access telephone records, visitor logs and other documents generated during the Trump administration.

Mr Trump filed the lawsuit seeking to block that access last month after White House Counsel Dana Remus informed him that president Joe Biden would not be honouring his request to use executive privilege, a legal doctrine which protects deliberations between and among the president and his advisers, to shield the records sought by the select committee.

According to the White House press secretary Jen Psaki, Mr Biden decided not to honour his predecessor’s request because Mr Trump “abused the office of the presidency and attempted to subvert a peaceful transfer of power, something that had happened between Democratic and Republican presidencies for decades and decades throughout history”.

“The former president’s actions represented a unique and existential threat to our democracy that we don’t feel can be swept under the rug, and as President Biden determined … the constitutional protections of executive privilege should not be used to shield information,” Ms Psaki said.

In her opinion, Judge Chutkan noted that Mr Biden had decided not to invoke executive privilege over the documents, and explained that under precedents set by prior Supreme Court rulings, that decision should be “accorded greater weight” than Mr Trump’s wishes.

“Plaintiff does not acknowledge the deference owed to the incumbent president’s judgment. His position that he may override the express will of the executive branch appears to be premised on the notion that his executive power ‘exists in perpetuity’,” she wrote.

“But presidents are not kings, and Plaintiff is not president. He retains the right to assert that his records are privileged, but the incumbent president ‘is not constitutionally obliged to honour’ that assertion,” she wrote, adding later that Mr Biden’s decision not to use the privilege “is consistent with historical practice and his constitutional power”.

The judge also rejected an argument made by Mr Trump’s lawyers which would have had the court review each document requested by the committee to determine if it should be shielded under the former president’s privilege claim, describing the proposal as using the judicial branch as “a tiebreaker” between him and Mr Biden.

“The court … is not best situated to determine executive branch interests, and declines to intrude upon the executive function in this manner. It must presume that the incumbent is best suited to make those decisions on behalf of the executive branch,” she wrote. “The court therefore holds that Plaintiff’s assertion of privilege is outweighed by President Biden’s decision not to uphold the privilege, and the court will not second guess that decision by undertaking a document-by-document review that would require it to engage in a function reserved squarely for the executive”.

Additionally, Judge Chutkan rejected arguments from Mr Trump’s attorneys which challenged the constitutionality of the Presidential Records Act — the 1978 law which governs the handling of White House records — and asked the court to block the committee’s request because it was overly broad and lacked a valid legislative purpose.

“The court has no difficulty discerning multiple subjects on which legislation ‘could be had’ from the select committee’s requests,” she wrote, offering examples such as “enacting or amending criminal laws to deter and punish violent conduct targeted at the institutions of democracy…imposing structural reforms on executive branch agencies to prevent their abuse for antidemocratic ends, amending the Electoral Count Act, and reallocating resources and modifying processes for intelligence sharing by federal agencies charged with detecting, and interdicting, foreign and domestic threats to the security and integrity of our electoral processes” as “examples of potential reforms” that Congress might find to be “necessary or appropriate to securing democratic processes, deterring violent extremism, protecting fair elections, and ensuring the peaceful transition of power” as a result of the committee’s work.

The select committee’s chairman, Mississippi representative Bennie Thompson, said in a statement that the committee “appreciates the court’s swift and decisive ruling on the former president’s lawsuit,” and is looking forward to receiving the requested records.

“The presidential records we requested from the National Archives are critical for understanding the terrible events of 6 January. Along our country’s history, the executive branch has provided Congress with testimony and information when it has been in the public interest. This evening’s ruling is consistent with that tradition,” he said. “This decision affirms the importance of the select committee’s work to get answers for the American people, recommend changes to the law to strengthen our democracy, and help ensure nothing like the attack of 6 January ever happens again.”

Shortly after Judge Chutkan’s opinion became public, Mr Trump’s attorneys filed notice that they will be appealing her decision to the US Court of Appeals for the District of Columbia Circuit.

Unless Judge Chutkan or the DC Circuit intervenes by blocking her ruling from going into effect, US archivist David Ferriero will begin turning documents over to the committee on 12 November.