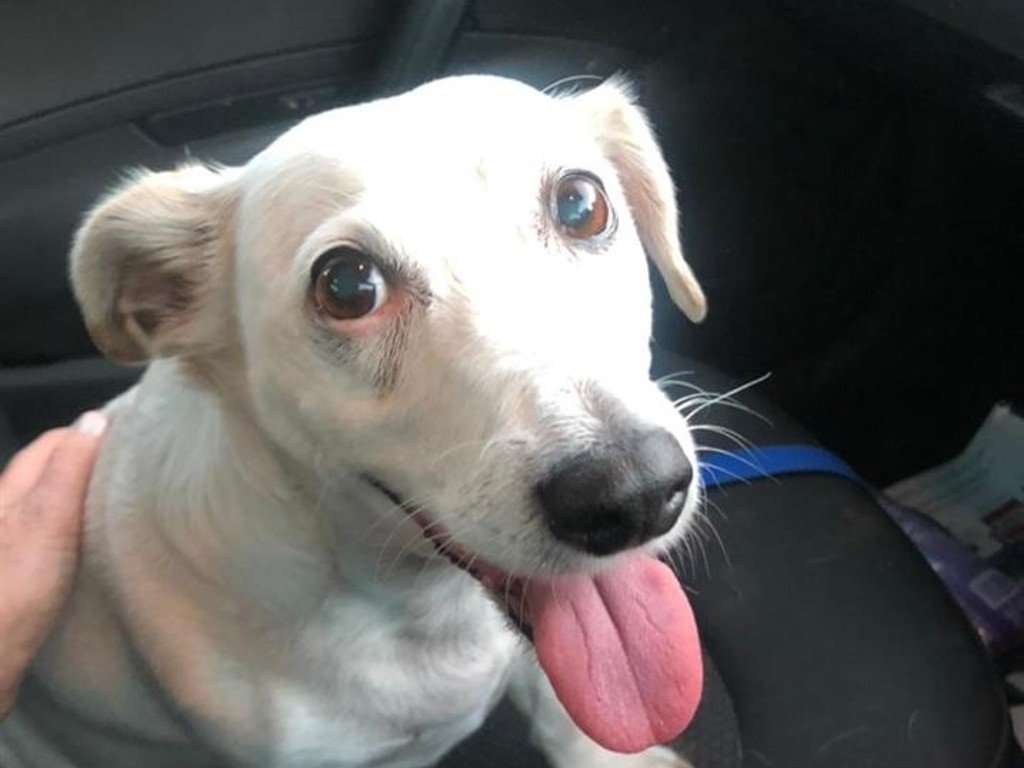 Jack Russel named Jolie was kidnapped at the Table Mountain on Saturday. (Supplied)

A Cape Town woman was forced to pay a R500 ransom to a gang of dog-nappers after her 12-year-old Jack Russel, named Jolie, was taken on Table Mountain on Saturday.

Finance journalist, Lisette Lombard, 45, said Jolie was running about 20 metres behind her. The dog subsequently disappeared around 11:00.

Lombard said she was in the bushes, moving towards Rhodes Memorial, when she noticed Jolie was missing.

Lombard frantically searched for the dog for three hours before receiving a chilling phone call.

We have your dog. We won’t tell you where it is until you give us money.

Lombard said the alleged kidnapper saw her contact details on the tag that was wrapped around Jolie’s neck.

After back-and-forth negotiations with the caller, Lombard met the group of four men around 19:00 the same evening, near the Blue Route Mall in Tokai.

“He said he would not tell me where my dog was until I give him the money. I said, ok, I was going to give the reward, if we can arrange to meet somewhere. Then he told me a name of an area close to Bellville and I said I can’t come there. I would rather meet somewhere central, maybe at Mowbray police station, to ensure my dog has a safe passage and I am safe. And I will give them their reward. He said, no, let’s meet at Blue Route Mall.”

My dog was kidnapped from Table mountain today by a syndicate. I was held randsom for a reward. She was literally only about 20m behind me and when I looked again she was gone. Luckily with the police in Kirstenhof we managed to get her back tonight @TableMountainNP @CityofCT ???? pic.twitter.com/AADhPL9vcG

She said the group arrived in a white Mazda Etude, while the police observed from a nearby unmarked vehicle.

She paid the four men R500 and they gave the dog back.

One man stepped out of the car, holding a broken bottle, and asked for the money, said Lombard.

“They obviously deprived her of water,”  she said.

I am grateful to the police because I made it clear to them that I wanted my dog back and they escorted me. They drove behind me and watched to make sure the kidnappers didn’t drive off with my money and the dog. When the group of kidnappers left, the police got out of their car to check if me and the dog were safe.

Asked why the police did not simply arrest the men, police spokesperson Brigadier Novela Potelwa said: “A report from the police official(s) in question does not suggest a crime took place during this period.”

Lombard warned the public to be vigilant around Table Mountain because there could be a syndicate of dog kidnappers operating in the area.

“The police told me that they heard unconfirmed reports that this syndicate of dog kidnappers pay vagrants to steal dogs and hand over to them, so they can ask for ransom,” said Lombard.

However, Potelwa said the SAPS needed time to investigate the allegations that a dog kidnapping syndicate was operating in Cape Town.

Potelwa said: “Information gathered from a SAPS official, who was involved in the matter, indicates that he and a colleague assisted a complainant, who came to the Kirstenhof police station on Saturday evening. The matter took them to an area near the Blue Route mall, where the complainant was reunited with her dog.”

The managers of Table Mountain, SANParks, said they were not aware of a dog kidnapping syndicate operating in the area.

But SANParks spokesperson Lauren Howard Clayton said: “We encourage our users to keep an eye on their dogs when carrying out their activities within Table Mountain National Park and to report any suspicious behaviour to management and/or the SAPS.”

Lombard said she did not report the incident to the Table Mountain National Park management.