NewsGroove Uk
NewsGroove Uk > Lifestyle > Candice Brathwaite: Racial bias made me feel like I was an inconvenience during traumatic childbirth
Lifestyle

Candice Brathwaite: Racial bias made me feel like I was an inconvenience during traumatic childbirth 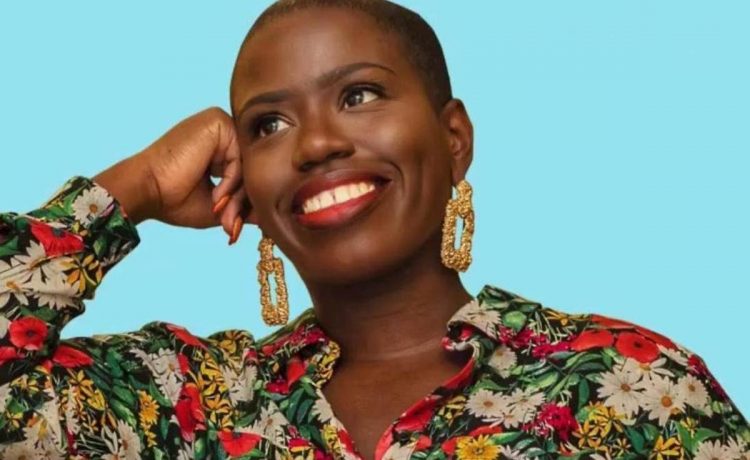 lood and guts descriptions of abortion, frank honesty about not wanting children and a refreshing openness about postnatal depression. Candice Brathwaite is not your typical mummy blogger. And, actually, now she’s much more than that.

Her debut book I Am Not Your Baby Mother became one of the core texts shaping the discussion around the Black Lives Matter movement and has made her a bestselling author. She didn’t plan it, in fact, she couldn’t possibly have planned it, but her book about the experiences of black motherhood in Britain, was released just three days after George Floyd’s death in the US. The aftermath was overwhelming and, although a famous name in the ‘mumfluencer’ sphere, it catapulted Candice into the mainstream. I Am Not Your Baby Mother flew up the bestseller lists and in the first few days following its release she gained 80,000 extra followers on Instagram. She now has 187,000 followers and counting.

“I’m still in shock,” says Candice, 32. “The book coming out in that week, during that time, I couldn’t have predicted that. As a debut author you hope your book does well but I’m in this strange position where I have to acknowledge that the book became popular so quickly because people were all of a sudden really interested in learning about what it’s like to be black and British.” She’s already planning the next book. About what she won’t say. “I’ve got to be tightlipped but, hell yes, I know what the second book is going to be about. The roots will always be the same, I don’t feel comfortable writing about what I don’t know. It will be rooted in black womanhood, around the idea of Black Lives Matter. In many ways, just like the first book was, it’s going to be about showing people what our side of town is like.”

As with most success stories, Candice’s didn’t happen overnight. After seeing a complete void of mothers who looked and sounded like her, she’s spent the last six years – after quitting her job in marketing for Penguin – carving a space in the mummy blogger world.

“I used to work in publishing and was spending all my days on the phone to bloggers asking them how much they would charge to promote a certain book. When they told me their figures, I said to myself ‘you’re really on the wrong side of this.’

“I noticed that the mummy market was flooded with white, middle class, nuclear families and from a business perspective I saw a gap in the market. I’ve had a rocky road though.”

That rocky road culminated in a soap opera-worthy scandal, which Candice found herself at the sharp end of. At the end of 2019, British blogger Clemmie Hooper, otherwise known as @mother_of_daughters, was outed for anonymously trolling other mums (and, incidentally, also her own husband) and Candice discovered she had been one of the victims. Hooper, under another guise, had accused Candice of being aggressive and weaponizing race.

“I think the last few years have shown us, especially when it comes to motherhood and parenting, we really shouldn’t be putting anyone on a pedestal because we really don’t know what they’re really like offline or what they’re doing behind closed doors,” she says. “It doesn’t matter what angle you’re coming from or what race you are, a vibe like that excludes someone along the way. I’m always going to be a storyteller but I’m done with the mummy blogger vibe. I feel like I’ve gone as far as I can in that space.”

She’s open about using the mummy blogger world as nothing more than a springboard. “This was always a business for me,” she says. Now she works with brands to make sure they’re representing a more accurate and diverse depiction of motherhood through her initiative Make Motherhood Diverse. Her empire is growing and last month her husband Bodé (AKA Papa B) quit his job to become her manager. True to form, she’s been open about her struggles with the decision and admitted on Instagram her issues with trust, writing: “Second week in and I can’t lie, this new union rooted in turnover and taxes has really opened up some hidden things for me. Most of which are about trust and how I have been (or more fittingly – how I have not been) encouraged to trust men.”

Apart from the colour of her skin, Candice stands out in the mummy market for her refreshing honesty. Nothing, it seems, is off limits. Rape, abortion and postnatal depression are all up for discussion. It’s this refreshing take on what women go through – and especially black women – that’s led to her working with period brand Bodyform on its Womb Stories campaign. The new advert, a three-minute video (watch it below), has been hailed for its real depiction of experiences women go through – from menstruation to miscarriage and menopause.

Honest conversations, she says, are the only way women can help each other. When she had an abortion in her early twenties, she had no idea what to expect. “I chose to have what is known as a medical abortion – if I had known the goriness around having a medical abortion, I would have perhaps chosen a different way,” she says “I still wouldn’t have had a child at that time but I wouldn’t have had the type of abortion I had.” Abortion is one of the last remaining taboos for women, and especially in the black community, says Candice.

“I’ve had so many DMs and emails from older women, who have had proper backstreet abortions. A lot of them were raised or grew up on Carribean islands where not only is it taboo, but it goes against a lot of religious beliefs. If you’re found out for having one your whole family could disown you. Black women in the generations above me still struggle with secrets and guilt.”

Things are changing though. “Millennials and Gen Z are tired,” she says. “Tired of the taboos, tired of the control, tired of the silence, tired of the secrecy. For a long time black women aren’t even heard within the black community; your feelings don’t matter, you put up and shut up and you do a job you don’t like, you might have children you don’t want, be with someone you don’t want to be with. Life has to be lived a certain way otherwise people will gossip about you or you’ll be outed by your church. I call it ‘respectibilty politics’.”

And it’s not just abortion. “You would never talk openly in the black community about struggles with fertility,” she says. “Someone will want to bathe you in holy water and say that you’re not going to church enough. It couldn’t possibly be that your body is physically struggling to conceive and you need to go to the doctor. Black females and Gen Z are just over that.”

That ‘put up and shut up’ attitude is never more prevalent than in the healthcare system. Data shows that black women are five times more likely to die in childbirth than white women. They are numbers Candice is only too familiar with. When she gave birth to her first child, her daughter Esme, now six, despite repeatedly telling medical staff that she felt ‘worse than I should’ after an emergency Caesarean, she suffered from septic shock and was hospitalised for a month.

This near-death experience, she says, is down to unconscious bias. “I genuinely feel there are some doctors, who for whatever reason, assume black women are stronger or feel less pain. And when we do finally go to the doctor, they’ve been trained to believe that our voices are more one of annoyance, rather than a voice you should be listening to.”

READ  I manifested my husband

During her pregnancy, friends warned her that the experience was likely to fall short of the kind of care she hoped for. “They said: ‘Listen, do not make a fuss because they’re already going to view you as a problem.’ That’s the advice black women are giving to each other before we go to the hospital,” she says.

“You’re treated like you’re getting on everyone’s nerves. It was a wake up call for me, I thought ‘oh, this is how it is, for us.’”

The recent Black Lives Matter protests have amplified a message Candice has long been championing. But was it, as some fear, a moment rather than a movement? “I don’t think things will change. I’m not optimistic, I’m not pessimistic either, I feel flat about it,” she says.

She doesn’t see real change happening anytime soon. “The world will have to swallow itself. I don’t see true fairness and equality and the resolving of racism, not even in my great-great-great-great-grandkids’ lifetime. I can’t sit here and lie but that doesn’t mean that the fight isn’t worth it.”

So how to keep moving the needle along? “I try as much as possible to live a joyful life because, especially when the Black Lives Matter was at its loudest, it’s easy to forget that these people who we now look at as activists and racial teachers are multifaceted people. I don’t want my kids to feel like they have to be the next Malcolm X to be moving the needle along. Sometimes the activism is in living a visibly joyful life as a black person. Why must it always seem to be rooted in struggle or in pain? No, sometimes activism is in living a life that most racists, or most people who believe in the ideology behind white supremacy, do not feel black people are deserving of.”

And that’s exactly what she’s doing: thriving joyfully in a space that wasn’t built for her and doing it with warmth, humour and plenty of honesty to boot.

Bodyform’s #wombstories campaign gives a voice to the unseen, unspoken and unknown truths about women’s bodies.