Can you pull a tyre off a crocodile's neck?


Indonesian authorities are offering a reward to anyone that is able to free a crocodile which has a tyre stuck around its neck.

The 13-foot-long crocodile has had the motorcycle tyre around its neck for more than three years, prompting officials to ask experienced conservationists for help.

Officials did not say how much was on offer for releasing the tyre, simply saying: “A reward will be given to anyone who can release the hapless reptile.”

Conservationists have had to turn to the public due to the lack of people in Central Sulawesi’s Natural Resources Conservation Office that are trained to handle the crocodile.

The crocodile in question, which is already deemed to be endangered, has overcome several hurdles in its life while carrying the tyre, surviving tsunamis and earthquakes that have struck the city of Palu.

Despite the disasters, the tyre remains lodged around its neck and as the beast grows, so does the risk of suffocation.

In early 2018, animal whisperer Muhammad Panji, also known as Panji the Adventurer, tried his luck at removing the tyre, but to no avail.

In the same year, the conservation office tried to lure the crocodile over to them, while others set up a trap to capture the animal – which it evaded.

‘Crucifixion of Jesus’ appears inside tangerine, or is it Spiderman? 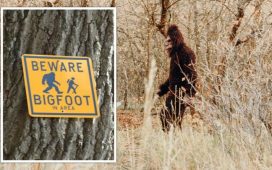 Bigfoot: Four of the biggest claims about Bigfoot – how much do we really know? 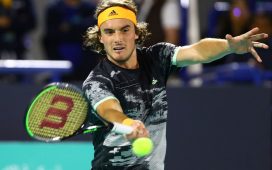 Revealed: 2021's trickiest words listed – can you pronounce them correctly?

Des Moines, Iowa, is in a stinky situation

It's not science fiction. Scientists have really made robots that reproduce

Hundreds of Fedex packages thrown into a ravine

Cats to be banned outside unless they are on a lead, under Australian council's new laws