Can the Brexit party beat Labour in Hartlepool? 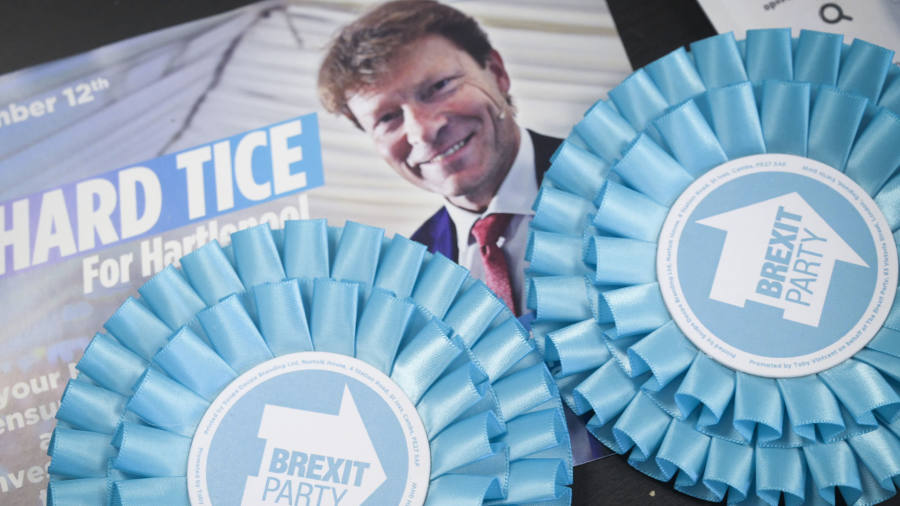 For Nigel Farage and his Brexit party, the town of Hartlepool in the north-east of England offers a rare and tantalising treat: a taste of political power.

The local council became the first in Britain to fall under the party’s control after 10 councillors decided to join the new political group in September.

At next month’s general election, Mr Farage hopes to cement the town’s reputation as a bastion of the anti-EU movement by winning the Hartlepool parliamentary seat from Labour. It is one of only a handful of constituencies where the Brexit party sees a chance of beating the incumbent; its candidate is the party chairman, property millionaire Richard Tice.

That the people of Hartlepool want Brexit is beyond doubt. In the 2016 referendum, close to 70 per cent of them voted to leave the EU — one of the highest margins of victory for the Brexit camp in the country.

Resentment of Brussels appears to have been nourished by years of economic decline and government neglect, and by widespread perceptions that EU policies on fisheries and state aid played a role in the downfall of local industries. “People are generally fed up with politics, and even more so when they see rules being imposed on them from afar,” said Mr Moore.

Whether Hartlepool is ready to break with Labour, however, is far from clear. The town has been a reliable Labour seat for decades. At the last general election in 2017, Labour’s Mike Hill won 53 per cent of the ballot, beating his Conservative rival by a solid 7,650 votes.

READ  Damage of no-deal Brexit can be 'reduced but not removed', says business group CBI

Sitting in his sparse campaign headquarters in the town centre, Mr Hill is convinced that the town has more important things to worry about than Brexit. Asked about recent doorstep conversations with voters, he reeled off a list of grievances that resonate across much of the North-East: “Unemployment, the National Health Service, the state of our schools, public health issues and crime. Most definitely crime.

“Hartlepool feels like it has been forgotten,” Mr Hill added. “It is one of many coastal communities where there has been under-investment in industry and the wider economy. Tory austerity has hit Hartlepool hard. We have seven food banks. We have some of the most deprived wards in the whole country.”

The Brexit party acknowledges the severity of Hartlepool’s problems, but claims to have a ready answer for them. According to Mr Tice’s campaign leaflet, leaving the EU would deliver a “huge Brexit dividend”, allowing for £200bn of investment in “rail, road, free broadband and public services that will bring significant benefits to Hartlepool”.

Whatever the veracity of that claim, there is little doubt that Hartlepool is badly in need of a boost. The town has the worst unemployment in the UK, rates of child poverty and drug abuse are high, and life expectancy for men is in decline. In the town centre, hundreds of houses stand empty, their windows boarded up and their front gardens filled with trash. A short drive away lies another impoverished neighbourhood, where a cluster of streets have been named after elite boarding schools such as Eton and Rugby. In Charterhouse Street, a two-bedroom terraced house sells for as little as £23,000.

Crime is another serious problem, as is the performance of the local police force, Cleveland police. It was revealed earlier this year to be the only force in Britain officially rated “failing” in all areas. Spending cuts have reduced the number of officers on the street by 500 over the past decade — causing anger and dismay across the political spectrum.

Yet for all the town’s economic and social problems, it is Brexit that local voters seem to return to time and again. “We the public told parliament that we wanted to leave — and they have totally ignored it,” said Paul Turnbull, the owner of a shop selling models and military collectibles. He is likely to vote Conservative, in part because he prefers Boris Johnson over Labour leader Jeremy Corbyn (about whom few in the town have a good word to say). The prime minister, Mr Turnbull noted approvingly, is “like Maggie Thatcher with trousers”.

His stance highlights the challenge facing Labour. But it also points to a potentially critical weakness for the party’s rivals: the splitting of the Brexit vote. The Conservatives have so far shown little sign of taking the Hartlepool race seriously — the party considered two candidates before settling at the last minute on a third, a little-known councillor from nearby Stockton. Yet their insistence on fielding a candidate in one of the very few seats the Brexit party regards as winnable has caused frustration in Mr Tice’s team.

“There is a fear that the Tories standing will split the vote,” said Mr Moore, the council leader. “It is really frustrating.”

There is another, equally alarming, concern for Mr Hill’s challengers. Some academics argue that despite all the political attention lavished on seats such as Hartlepool, the potential to win over disgruntled Labour Leavers is actually quite limited.

“There are not that many Labour Leavers left, because an awful lot of them already went over to the Tories in the 2017 election,” said Rob Ford, a professor of politics at Manchester university. “The majority of Labour voters are Remainers, even in Leave seats. If Labour loses Hartlepool, it will likely be because Labour Remainers change their vote to the Liberal Democrats.”

However, the threat of a Brexit party victory seems to be focusing minds inside the local Remain camp. Pamela Braham, a volunteer in a local charity shop, said she is both a committed Remainer and a loyal Liberal Democrat. “I am a member of the Lib Dems but in Hartlepool it is a really difficult. The first-past-the-post system means I might have to vote Labour to keep the Brexit party out.”

Back at Labour’s Hartlepool office, Mr Hill was quietly hopeful that he can defend his turf. “These are rightly and proudly the Labour heartlands,” he said. “I feel confident that we are winning the argument on the doorstep.”

All photographs by Mark Pinder/FT