'Can I do my farming show now?' Jeremy Clarkson sends Clarkson’s Farm plea to Jeff Bezos 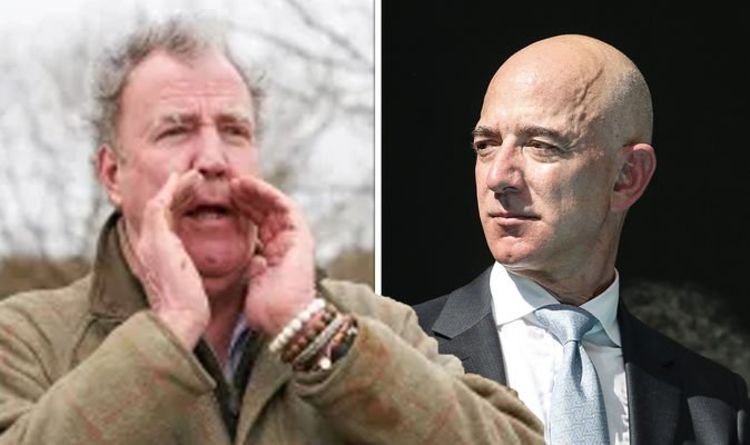 Jeremy Clarkson, 61, has taken to Twitter to issue a plea to Jeff Bezos following his space launch earlier today. The outspoken broadcaster called on the billionaire to let him film a second season of Clarkson’s Farm.

Jeremy posted in view of his 7.3 million followers on Twitter as he called on Jeff to renew the show.

“Can I do my farming show now?”

This comes after Jeff made a short journey into space earlier today.

Alongside his brother Mark Bezos, Wally Funk and a young student, he participated in the first crewed flight of his rocket.

They travelled on a 10 minute, 10 seconds long journey as they parachuted back to earth in a capsule.

The rocket, built by the billionaire’s company Blue Origin, was created to cater for the growing space tourism industry.

Given the success of the launch, it seems like Jeremy has taken the opportunity to make the case for his show.

However, since it was released, viewers have been desperate for any news about a second season to be revealed.

So far, the streaming service has not confirmed the future of Clarkson’s Farm.

Although, the former Top Gear presenter has been urging his fans to contact Amazon about this.

He was asked last week if rumours a second series was shooting were true.

Jeremy penned on July 10: “No. We aren’t. Write to Amazon, it’s their decision.”

However, many fans were left buoyed after Jeremy’s plea to Jeff earlier today.

Posting below the tweet, several sent their support for the future of the show.