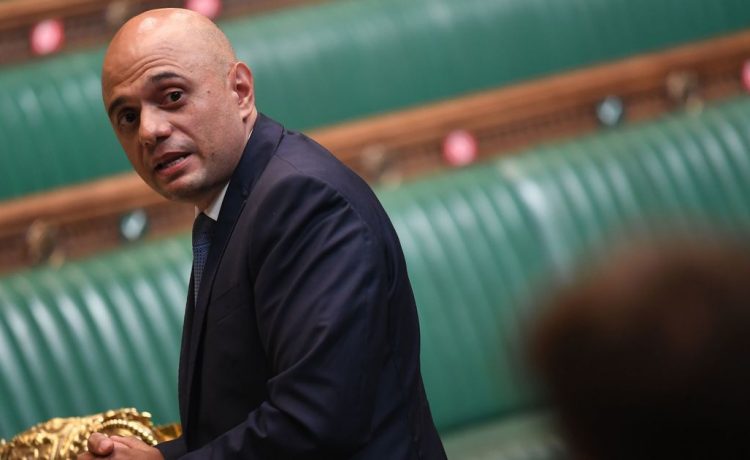 The former banker has been a £150,000-a-year ‘consultant’ to JP Morgan – which helps firms looking to run NHS services – as a backbench MP

The ex-banker received £150,000 a year to work as a “consultant” for JP Morgan which provides funding and financial management to firms looking to run NHS services.

A spokeswoman for the Department of Health said Sajid Javid has stood down from his role at JP Morgan.

But Dr John Puntis, co-chair of Keep Our NHS Public, said: “Sajid Javid has a background in international banking, and after resigning as chancellor became a senior advisor to JP Morgan.

“It is heavily into digital health care, a key theme of NHS England’s plans for the NHS.

“This raises the possibility of the new Secretary of State for Health and Care providing a very useful conduit for his previous employer into the NHS.

Mr Javid’s predecessor Matt Hancock was heavily criticised for allowing outsourcing firms to run much of England’s contact tracing programme which has failed to prevent lockdowns.

Friends of Mr Hancock with no relevant experience in healthcare were also given lucrative contracts to supply PPE.

Private hospitals have ramped up money-spinning joint replacements as well as cataract and hernia ops as the NHS has cut bed numbers during the pandemic.

The NHS now faces a record five million treatment waiting list amid plans to clear some of the backlog by diverting funding to private hospitals to do routine treatments.

Experts say this could leave the NHS permanently reliant on the private sector and without funds to increase hospital staff and bed numbers.

Johnbosco Nwogbo, officer at We Own It, said: “Sajid Javid’s appointment as Health Secretary should worry us all.

“From day one he has a clear conflict of interest, given he’s only just left his job at major private healthcare player JP Morgan.

“Javid’s appointment means the department is riddled with ministers with intimate ties to the private sector.

“This revolving door of NHS privatisation needs to end.

“With Hancock’s departure there is a chance for a fresh start – by kicking the private companies who are leeching off our healthcare out of the NHS, and showing their advocates in Whitehall the door too.

“Sadly Javid’s appointment looks like a step in the wrong direction.”

JP Morgan declined to comment when contacted by the Mirror.

Is Sajid Javid the right person to lead the UK out of the pandemic?