NewsGroove Uk
NewsGroove Uk > Science > Call of Duty Warzone add-ons, rewards and bonuses you might not know about
Science

Call of Duty Warzone add-ons, rewards and bonuses you might not know about

Call of Duty: Warzone is free to play on Playstation 4, Xbox One and PC: Here we bring you the add-ons, rewards and bonuses you might not know about

By Corinna Burton For Mailonline

Call of Duty: Warzone, which was released on March 10 2020 for Xbox One, PlayStation 4 (PS4), and PC, is a Battle Royale game, similar to the gaming style popularised by competitors Fortnite and PlayerUnknown’s Battlegrounds (PUBG).

Published by Activision, the free-to-play video game is a part of Call of Duty: Modern Warfare, but does not require you to purchase the 2019 title.

Whether you own a PS4, Xbox One or PC, the Call of Duty: Warzone crossplay feature means you can play with friends on different devices.

Here we delve into all you need to know about the game’s add-ons, in-game rewards and console exclusive bonuses. 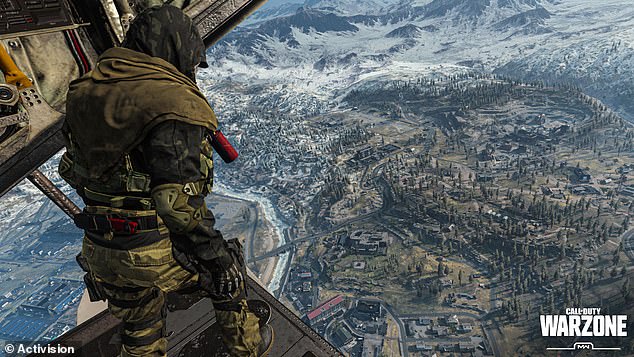 Whether you own a PS4, Xbox One or PC, the Call of Duty: Warzone crossplay feature means you can play with friends on different devices

Do I need Call of Duty: Modern Warfare to play Warzone?

If you already own the full game, Warzone will be added as an additional game option on the start menu.

For non-Modern Warfare owners, you can download the game from your console’s stores or online for PC.

PS4: Do you need a Playstation Plus subscription to play Call of Duty: Warzone?

PS4 gamers do not require a Playstation Plus subscription to play COD Warzone but Sony is treating subscribers to a free combat pack, which can be downloaded via the Playstation Store.

The Warzone combat pack includes an operator skin for Yegor, a shotgun weapon blueprint, an in-game watch, a calling card, and a weapon charm. You’ll also get a Double XP Token.

Xbox One: Do you need a Xbox Live GOLD to play Call of Duty: Warzone?

PC: Do you need a Xbox Live GOLD to play Call of Duty: Warzone?

PC players will have to download Warzone via Battle.net to start playing, but you don’t have to pay to play online on your computer. Call of Duty: Warzone is a free-to-play Battle Royale game published by Activision

What game modes are available in Call of Duty: Warzone?

There are two game modes in Call of Duty: Warzone.

Battle Royale pits a three-person squad against up to 49 other squads in Verdansk. The playable area will shrink during the match, meaning players must increase their skills to survive. The last squad standing wins the match.

Plunder sees you drop as a fireteam (you and two other players) and pits you against up to 49 other teams of three to collect the most Cash within a time limit. Teams must battle other fireteams as they hunt and scavenge for Cash, while also defending their squad.

What is the Call of Duty: Warzone Battlepass System?

The Battle Pass System is an optional reward system built with 100 Tiers. Players are awarded items as they play Warzone and unlock tiers, with over a fifth of them being free for all players.

If you want to receive in-game content such as exclusive skins, weapons, items and XP boosts for all 100 Tiers, you will need to purchase the full Battle Pass or the Battle Pass Bundles, which also unlock 20 Tiers automatically upon purchase.

These can be purchased using the in-game currency, Call of Duty Points, which you can earn by unlocking Tiers (up to 300 for free or 1,300 with the Battle Pass), or purchasing via the Franchise Store, or Playstation Store and Microsoft Xbox Game Store using credit or debit card information or pre-paid digital codes for 1,100 COD points and 2,500 COD points.

If you choose to purchase the full Battle Pass, you will also instantly unlock Ghost, the legendary Special Forces Operator.

MailOnline may earn commission on sales from the links on this page.