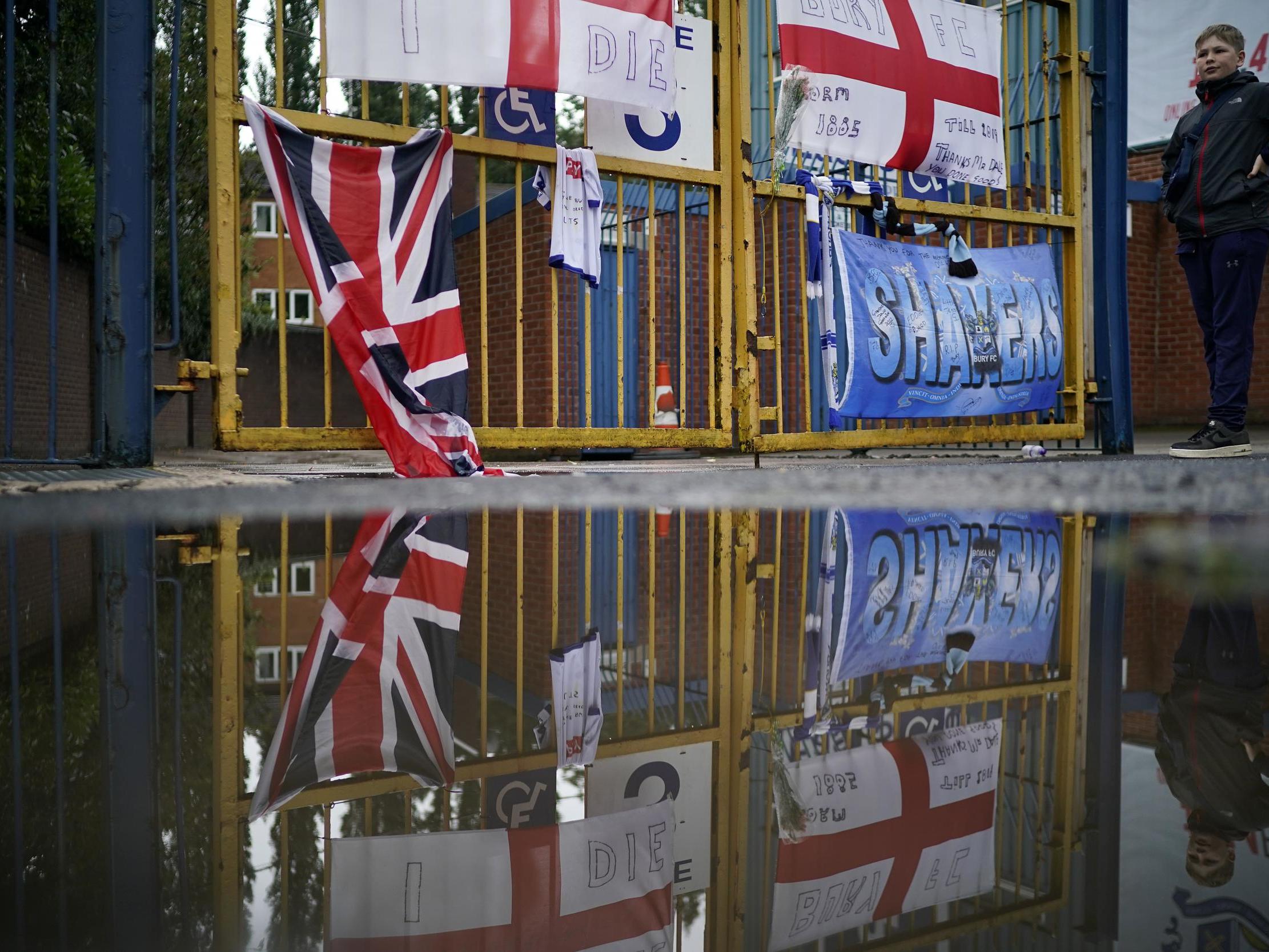 Two Bury politicians have written to the EFL in a last-ditch attempt to save their football club, insisting it can be salvaged despite expulsion from the English Football League.

Bury became the first club to drop out of the league since 1992 on Tuesday after owner Steve Dale failed to prove he could either fund the club or complete a sale.

James Frith, the Labour MP for Bury North, and his independent colleague Ivan Lewis MP, representing Bury South, have written to the EFL urging them to reconsider their decision.

“Earlier today we’ve appealed to the EFL against their decision to expel @buryfcofficial from the League,” Frith tweeted on Wednesday.

“The EFL have proof of funds from a further credible global organisation with bid agreed with owner Steve Dale. Bury FC can be saved.”

Bury’s expulsion from League One was confirmed after a late takeover bid by sports analytics firm C&N Sporting Risk collapsed at the eleventh hour.

Debbie Jevans, executive chair of the EFL, said she had been left “devastated” by Bury’s demise but insisted the league had no option but to rescind the club’s membership.

“At what point in any situation do you say enough? We’ve already postponed [Bury’s first] five games and each of those impacts other teams. Do we postpone six, seven, eight, nine – at what point do you stop?

“We have duty of care to the 23 other clubs in League One and equally to all of the clubs in the Championship and League Two.”

Jevans is set to launch an investigation into the club’s finances, despite the impending threat of liquidation under Dale and attendant risk of financial records being lost.

With no league to play in for the remainder of the 2019-20 season, Bury are left with no source of regular income and on the verge of extinction.

Reformation as a phoenix club is now likely and keeping hold of Gigg Lane, the club’s home ground, would be a significant boost to any reformation project.

Last week, supporters trust Forever Bury told The Independent that they hope to gain Asset of Community Value (ACV) status for the ground, which would offer an added layer of protection against any sale to a third party.

Dale, meanwhile, wants the EFL’s decision to be rescinded and has claimed that he remains in talks with parties who are interested in buying the club.

“If the many requests to rescind remain unanswered, we believe an independent adjudicator should be brought in,” he told Sky Sports News.

“We also want a secret ballot of all EFL clubs to ask the question if they want fellow clubs Bolton and Bury FC to be taken out of the league. I don’t think they would want that.”