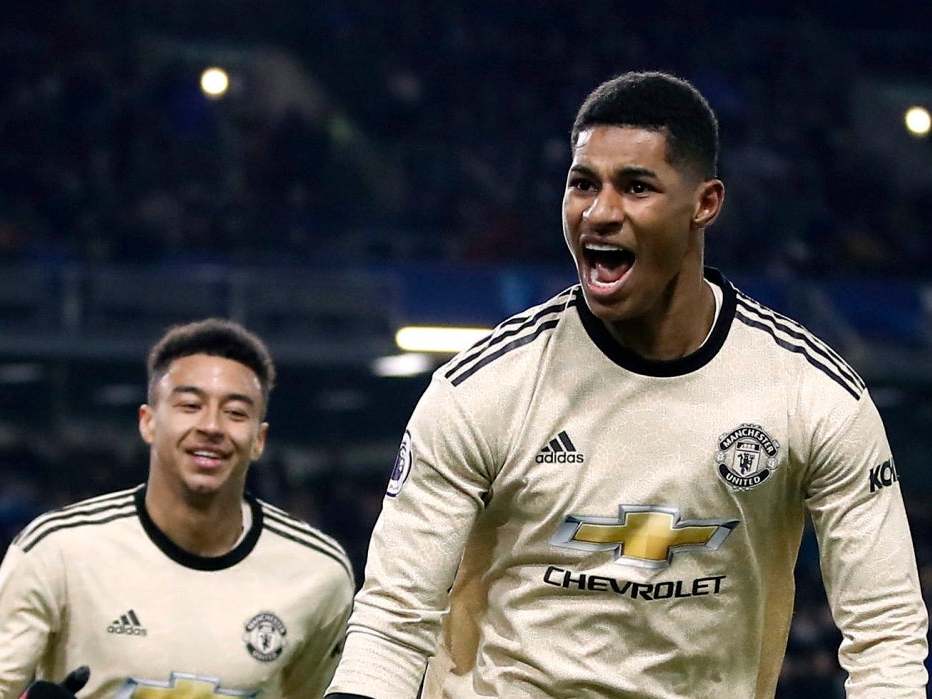 Anthony Martial and Marcus Rashford earned Manchester United a 2-0 win at Burnley to close in on a place in the top four.

Martial reacted quickly early on inside the box to prod the ball towards the bottom corner, but Phil Bardsley’s excellent clearance denied the United forward. But Martial would not have to wait much longer for his goal as Andreas Pereira stole possession from Charlie Taylor down the right and his pass was perfect for the Frenchman to finish from close range past Nick Pope.

David De Gea made a fine stop to deny Bardsley’s fierce strike before Martial wasted a one-on-one opportunity after opting against shooting as Pope rushed out. But Rashford did add a second in stoppage time, punishing Burnley for overcommitting in pursuit of an equaliser.

The win takes United to within a point of Chelsea in fourth.

Here are five things we learned from Turf Moor.

After beating Newcastle handsomely on Boxing Day, Ole Gunnar Solskjaer called for consistency. And now for a second time in the space of two days, Manchester United win with relative comfort, creating more chances than their opponents despite having more of the ball and playing with the fluency of a top six Premier League side. It’s a start.

Burnley made this a battle – Ben Mee could have seen red for a late challenge on Daniel James – but came out decidedly second best, only rallying in the final stages. Their form is becoming a problem. This was a seventh defeat in 11 games for Sean Dyche’s side. They have scored just three goals in their last seven.

But for United, there is – again – renewed hope of a turning point. Anthony Martial’s opener was supplemented by Marcus Rashford’s late clincher on the counter-attack to take all three points. Nobody should get carried away but Solskjaer has won two games in quick succession against teams he has tended to struggle against and won them well.

Since returning to United three-and-a-half years ago, Paul Pogba has often been the story whether he is playing or not. Tonight was no different, with the midfielder absent from the squad after his 71 minutes in two substitute appearances against Watford and Newcastle. He watched his team-mates on television from home.

The official explanation from Solskjaer was that this game came “too soon” for a player still making his way back for a long term injury, and though it is easy to be cynical, the hectic festive schedule means the United manager deserves to be given the benefit of the doubt. But if Pogba is absent again on New Year’s Day at Arsenal, questions will surely be asked.

Is fortress Turf Moor a myth?

Turf Moor carries a certain reputation and is often thought of as a difficult place for top sides to go. But Burnley had only won one of their last 20 visits from ‘big six’ opposition – that solitary win against free-falling Tottenham back in February – and had not scored against United at home in more than a decade.

The resilience and spirit usually associated with Sean Dyche’s side is too often absent when the Premier League’s elite visit and here was another myth-busting result, as Burnley suffered from both defensive disorganisation and a lack of coherence in attack. A more clinical and incisive side than United served greater punishment. Tottenham and Arsenal might and are both still to make the trip

Pogba labelled Andreas Pereira as a ‘tiki-taka legend’ on one of his in-game Instagram updates, but United fans have seldom shown why Solskjaer has such faith in the Brazilian. At 23, he is one of the older academy graduates that Solskjaer has promoted and an eye-catching performance was long overdue, but here was a display for him to build from.

His persistent pressing of Charlie Taylor forced the full-back into the error which led to United’s breakthrough, but his fast, first-time cross into Martial’s feet was just as impressive. There have been other glimpses of promise recently – his cross for Marcus Rashford against Aston Villa, for example – but here was real evidence of what he can offer to United.

Pereira was not the only young player to impress. Brandon Williams was preferred to Luke Shaw at left-back and continues to make a case for more regular minutes. His dynamism and adventure from that flank is exactly what United’s predictable approach play too often lacks and he sent several teasing crosses into Burnley’s area.

It has not all been smooth and easy progress for Williams since breaking into the first-team set-up in October. A couple of his recent displays fell below the required standard but then this is a player who only turns 20 next September and who has delighted his youth team coaches with his willingness to learn from mistakes. Shaw’s place remains very much under threat.

READ  Derby close to deal for Phillip Cocu to replace Frank Lampard as manager
Share on FacebookShare on TwitterShare on PinterestShare on Reddit
newsgrooveDecember 28, 2019