ishi Sunak has hailed his Budget as ushering in a “new economy” after the Covid pandemic as he confirms billions of pounds of funding for the NHS and wage rises for millions of workers.

The Chancellor said the Budget was focused on the “post-Covid” era.

He told MPs: “Today’s Budget does not draw a line under Covid, we have challenging months ahead.

“And let me encourage everyone eligible to get their booster jabs right away. But today’s Budget does begin the work of preparing for a new economy post-Covid.

“The Prime Minister’s economy of higher wages, higher skills, and rising productivity. Of strong public services, vibrant communities and safer streets. An economy fit for a new age of optimism.

This ends our extensive coverage of the Budget today.

Paul Pacifico, chief executive of the trade body Association of Independent Music, said the tax relief extension in the Budget was “encouraging” but called for a music industry specific scheme.

He said: “It’s encouraging to see the Government recognise the serious blow Covid dealt to the UK’s music industry in today’s Budget, discounting business rates for music and other hospitality venues and for premises improvements and green tech use as well as increasing tax reliefs for orchestras.

“However, more must be done to support the globally significant independent music sector to ensure a viable future for diverse music, creators and entrepreneurs. One key proposal is a tax relief scheme for music, like those successfully implemented in other creative industries such as film and games.

“This cost-effective measure could provide our sector with the boost it needs, attracting inward investment and creating a ripple effect across the wider music ecosystem. We urge Government to include music in such schemes at the next opportunity.”

Mayor of London Sadiq Khan has branded the budget as “disappointing” saying it takes London “for granted”. He said it “failed to deliver the support and investment London and the rest of the country desperately needs to recover from the pandemic”.

A picture show Boris Johnsonand Rishi Sunak raising a pint at a brewery in Bermondsey, south London this afternoon after delivering the budget.

Jenrick : ‘Grow the economy rather than than raise taxes’

Conservative former cabinet minister Robert Jenrick said that while he welcomes Rishi Sunak’s Budget, he believes his focus should be on “growing the economy” rather than “seeing taxes rise”.

He told the House: “There is a huge amount within the Chancellor’s announcement today to be applauded, I commend him and the Treasury team and I wish them well.

“I do think their focus now needs to be on growing the economy and making the UK the most competitive place it possibly can be rather than seeing taxes rise, expenditure increase and risking the private sector not being able to flourish and build that optimistic vision that the Chancellor laid out.”

Meanwhile, Liberal Democrat MP Christine Jardine (Edinburgh West) condemned the Chancellor’s decision to slash the surcharge for bankers, saying: “How can it be that NHS and care workers are facing a £900 million tax hike while banks are, as he (Rishi Sunak) said, been given a £900 million tax cut?

“No doubt bankers will be toasting their tax cut and the Chancellor’s decision to reduce the bankers’ surcharges with cheaper bubbly tonight. It’s clear this Chancellor’s priorities are not the priorities of the British people.”

The arts and culture sector has welcomed the Chancellor’s announcement of a tax relief extension in the Budget.

Rishi Sunak said tax relief for theatres, orchestras, museums and galleries will be extended for two years, to March 2024, in order to help them rally after months of closures and lost revenue.

Julian Bird, chief executive of Society of London Theatre and UK Theatre, said the tax break will “provide producers and investors with greater confidence in developing our world-leading theatre and drive the cultural recovery from the pandemic”.

Mr Bird added the “welcome news that core funding for the Department of Digital, Culture, Media and Sport and Local Authorities is set to increase will reassure the venues and performing arts companies up and down the country that rely on their support in delivering culture to their local communities”.

The chairman of the Treasury Select Committee said he “broadly” welcomes the Budget but said the “devil will be in the detail”.

Mel Stride, a Conservative MP, said the Chancellor has done a “pretty remarkable job” to support work throughout the pandemic.

However, he warned he now has an “even tougher job” to deliver growth and the government’s priorities while making sure the public finances are on a sustainable trajectory.

“I think it is fair to say my right honourable friend did a pretty remarkable job to support the jobs market and to support jobs,” he said.

“Not without criticism from my committee, but overall, a remarkable job.”

Theresa May on the Budget

Former prime minister Theresa May appeared to make a thinly-veiled dig at the Chancellor for briefing the media ahead of the Budget.

“It is good news the Chancellor has felt able to announce, albeit over a number of days publicly rather than today to this House, a number of areas of increased spending on issues like infrastructure, the NHS and science,” she said.

“I agree that today we must start to build the new economy post-Covid and we are on the verge of what could be an economy fit for the new age of optimism.”

The Conservative MP for Maidenhead insisted she has always been optimistic by what can be achieved by the British people.

However, she noted: “The brighter future won’t be built simply by telling people it will be there. A new economy needs sure foundations and optimism needs to be backed by practical delivery.”

Ms May also questioned the government on the announcement it will introduce new fiscal rules, saying: “I may have misheard or misunderstood.

The UK’s world-leading tech and life sciences sector is facing a two-year delay to funding worth £22 billion.

Disappointing figures lie “deep in the bowels” of the OBR document, experts have said.

How will post-Covid Britain look? For many, like it did in the brutal 19th century | John Harris 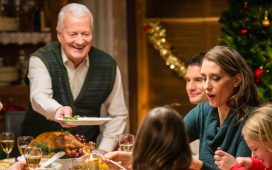 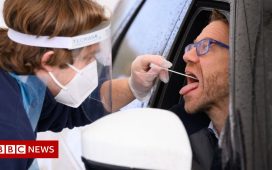 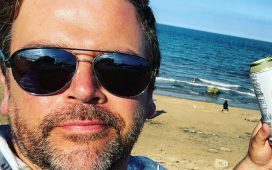 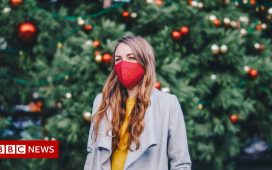