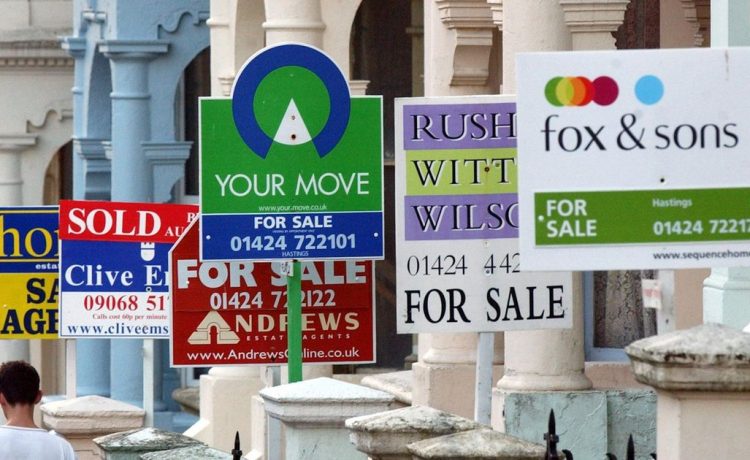 The 2021 Budget will feature everything from booze, fuel and cigarettes to wages, housing and Britain’s Covid response.

Rishi Sunak is set to focus on four themes – “support, vision, recovery, honesty” – when he addresses the nation in his annual statement next Wednesday.

The Tory Chancellor is tipped to extend furlough, the Stamp Duty cut and other Covid support by three months, and the £20-a-week Universal Credit uplift by six months.

He will unveil grim financial projections on Britain’s economy and begin to sketch a vision for how it’ll be made better post-vaccine.

He could announce a string of measures to help the economy recover – though some of these, like schemes to push people back into shops and restaurants, may not come until later.

And aides promise he’ll be “honest” about the need to claw back £280bn of Covid spending – as corporation tax could be hiked and income tax allowances frozen. But he may well put off most painful tax rises until later too – with fuel duty tipped to be frozen.

The politics of this year’s Budget are very unusual. Keir Starmer has vowed not to back any immediate tax rises. This could bizarrely see a Tory government reversing its own tax breaks for big business, only to be opposed by the Labour Party.

Meanwhile Tory MPs could revolt as they are warned they’d be stripped of the whip if they vote against the Budget.

It’s a strange time, with a Conservative government overseeing massive state spending due to coronavirus.

So how on earth can you… well… make sense of it? And what will it mean for your wallet?

Here’s all the Budget speculation, along with a few hard facts, to sketch out what we know so far.

When is the Budget?

This year’s Budget will take place on Wednesday, March 3.

Mr Sunak will deliver the statement in the House of Commons, which will likely come after Prime Minister’s Questions at about 12.30pm.

Labour will respond to the proposals, which will then be debated by MPs over several days.

Who is Rishi Sunak?

The Tory MP was relatively unknown outside of Westminster when he became Chancellor last February.

His rapid rise to one of the Government’s top jobs came after his predecessor Sajid Javid quit in protest at being asked to sack his advisers.

The son of a GP and a pharmacist, he grew up in Hampshire and was privately educated at Winchester College, an all-boys boarding school.

He studied at Oxford and later got an MBA from Stanford University in the US, where he met his wife Akshata Murthy, the daughter of Indian tech billionaire NR Narayana Murthy.

What we know is in the Budget

One way or another the Chancellor has to decide whether to extend furlough, which currently expires on April 30.

It’s thought he is likely to extend the scheme – which pays up to 80% of around 4million locked-down workers’ wages – to June 30.

This would take it to beyond June 21, which is the earliest date for ending all legal lockdown restrictions in Boris Johnson’s roadmap. But the date could slip and struggling firms may face a cliff-edge beyond that point.

Likewise Rishi Sunak must decide whether to extend the £20-a-week boost to Universal Credit beyond April 12.

If he doesn’t, it will be cut suddenly by £85 a month for 6million claimants.

It’s thought the Chancellor is set to extend the £20 uplift for six months, after previous ideas to give claimants a one-off £500 payment met with ridicule.

But even a six month extension would push claimants off a cliff-edge in October and charities want the current rate to be permanent. They say a return to previous UC levels would take Britain’s unemployment support to its lowest since 1992.

The Chancellor is also tipped to extend the self-employment support scheme and some business measures including VAT cuts.

The support package due to be announced on the day, and will have an “imperfect relationship” with the road map.

This means it will not line up perfectly with the dates for ending lockdown – but sources assure us there’ll be support of some kind.

Chancellor Rishi Sunak is set to announce a £126 million boost for apprenticeships when he announces his Budget on Wednesday.

In the first confirmed policy of the Budget, Mr Sunak will tell MPs that the funding will enable the creation of 40,000 additional traineeships in England.

At the same time, he will promise to increase the cash incentives for employers who take on an apprentice to £3,000 – regardless of age. Currently firms can claim £2,000 for each apprentice they hire aged 16 to 24, or £1,500 for those aged 25 and over.

Mr Sunak will also set out plans for new “flexi-job” apprenticeships, enabling trainees to develop their skills with a range of employers within a particular sector.

Instead of having a single employer, they will be linked to an agency that will place them with various relevant organisations.

One way or another the Chancellor will have to make an announcement about Stamp Duty.

Either he ends the huge cut to the house sale tax as planned on March 31, or – as is rumoured – he extends it to the end of June.

Stamp duty was suspended on all house sales up to £500,000 during the pandemic, saving buyers up to £15,000 and stopping house prices from collapsing. But most of the saving went to people already on the property ladder because first-time buyers get a discount anyway.

Mr Sunak reportedly warned MPs he would have to hike fuel duty by 5p per litre to pay for the Universal Credit uplift.

But the Chancellor is said to have cancelled the hike yet again – the tenth year running – in a red meat pitch to his back benchers.

The levy has been frozen at around 58p for and entire decade – saving the average car driver a cumulative £1,200 each but depriving the state of an absolute fortune while other duties continue to rise, and while we face a climate crisis.

Last year’s freeze alone deprived the Treasury of more than half a billion pounds in each future year.

The Budget is likely to confirm the minimum wage rates for 2021, but because they begin in April we already know what they’ll be.

Due to low inflation the minimum wage is rising by less than might have been hoped.

It is traditional for ‘sin taxes’ to rise in the Budget – usually at 6pm the same day to avoid a run on corner shops.

However, it seems likely the Chancellor could freeze beer duty for example, to throw a bone to pubs desperate for some trade.

Beer gardens will be allowed to open from April 12 at the earliest in England, followed by indoor areas of pubs from May 17.

Rumours are abounding that the Chancellor will reverse some of the Tory cuts to corporation tax, raising it to around 23% or 24%.

This may not be immediate and may only happen over the length of the Parliament, which ends in 2024.

Bizarrely Labour, who have vowed to oppose “immediate” tax rises in the Budget, could end up siding with Tory rebels to oppose a hike on big business.

The main rate of corporation tax was slashed from 28% to 19% under a decade of Tory rule. In the 2019 election Labour pledged to reverse most of these cuts and bring the rate back to 26%, except for small businesses. But now the party says it’s not the right time for tax rises.

Some reports have suggested the Chancellor could impose a windfall tax on firms that have done well out of the pandemic.

This could include supermarkets or online giants like Amazon. Perhaps it could be lumped in with a proposed online sales tax, details of which could also be announced in the Budget.

Mr Sunak is said to be considering axing rises to the Income Tax personal allowance to help pay for the Covid crisis, according to the Daily Telegraph.

While the allowance would have only risen to £12,562 this year, saving a family just £12.50 in tax, that would have paved the way for bigger rises in future years that could have built on it.

READ  Next Conservative leader: The 22 candidates hoping to give Theresa May the elbow

There has also been speculation that Capital Gains Tax might be raised to 45%, bringing it in line with Income Tax, from its current rate of 20%.

The Treasury was said to be mulling scrapping council tax and stamp duty – and replacing them with a property tax.

A proportional property tax could be levied on the existing values of homes, rather than 1990s valuations, which council tax is based on, the Sunday Times said. But this could be more of a long-term move.

A ‘stealth tax’ on wealthy pensioners

The Times reported the Chancellor could freeze the lifetime allowance – the amount people can save before tax charges kick in – at just over £1million.

Moving bits of the Treasury north

The Chancellor could nod to the government’s pledge to “level up” by announcing a site for a northern HQ of the Treasury. According to the Financial Times it could be Darlington – which just happens to be a stone’s throw from his constituency.

What won’t be in the Budget

Every adult would be given a £150 voucher to spend in shops under a think tank’s idea to boost the high street when lockdown ends.

Every child would also be given £75 under the £9bn scheme being proposed by the Resolution Foundation.

However, it’s understood there is zero chance of Chancellor Rishi Sunak announcing the voucher scheme any time soon – including in next week’s Budget. Officials believe it would make no sense to announce such a scheme months in advance because it would change people’s spending behaviour.

And it would be difficult to set up sensibly because while some shops are on their knees due to Covid-19, others have done well from the pandemic.

Eat Out to Help Out II

Last year’s Eat Out to Help Out scheme was blamed – in a Warwick University study and elsewhere – for driving case rates.

But it did also drive people into struggling pubs and restaurants by giving them up to £10 a head off meals.

Treasury sources have not ruled out the scheme making a return in some form later this year. But they have absolutely ruled it out for the coming week’s Budget.

The NHS risks an “exodus” of nurses after the pandemic abates if Rishi Sunak fails to offer a decent pay rise to staff, union bosses have warned.

Nursing leaders said staff are “exhausted and morale is on the floor” after nearly a year of gruelling shifts battling coronavirus.

The Royal College of Nursing (RCN) urged the Chancellor to use next week’s Budget to boost central NHS funding for the explicit purpose of increasing staff pay levels – or risk staff shortages which could hit patient care.

But they will have to wait beyond the Budget for actual news on a pay rise until pay review bodies report back later in the Spring. Treasury sources insisted the timing was laid out last year.

Jonathan Ashworth MP, Labour’s Shadow Health Secretary, said: “Our NHS staff deserve a fair pay rise. If Rishi Sunak next week refuses it will be kick in the teeth to our brave hardworking NHS heroes.”