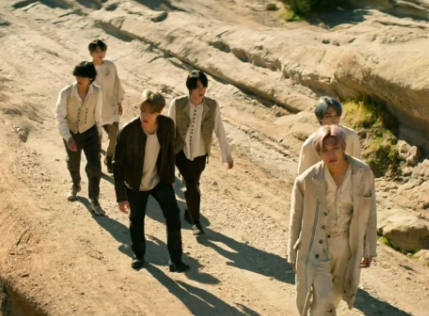 The Maze Runner author James Dashner has addressed the fact BTS referenced the film adaptations in their latest music video.

Last week, the hugely successful K-pop band released the video for “ON”, which features on their new album Map of the Soul: 7.

The video seemed to reference numerous films, from Divergent and Pirates of the Caribbean to The Chronicles of Narnia.

It was the Maze Runner reference that seemed to excite fans most, though, considering lead star Dylan O’Brien is a self-proclaimed member of the BTS fandom.

The reference was not lost on James Dashner, who wrote the source material.

He posted on Twitter: ”So cool to see #MazeRunner featured in the new #BTS music video #ON,” adding: ”Jungkook = amazing as Thomas!”

Thomas is the character played in the film series by O’Brien.

The reference caused one fan to rework the film poster by adding the members of BTS in.

Dashner himself asked his followers who BTS fans would cast as each Maze Runner character ina a remake of the film.

BTS have cancelled a run of South Korean dates on their forthcoming world tour following the deadly coronavirus outbreak.