Athletico Paranaense have told Benfica they are willing to accept a £21million (€25m) transfer offer for Bruno Guimaraes, according to reports.

Guimaraes, 22, is being tipped for big things in his native Brazil, with Premier League duo Arsenal and Chelsea tracking the defensive midfielder.

Arsenal have already made contact with Athletico, as club president Mario Celso Petraglia confirmed this week the Gunners were keen to sign Guimaraes.

Athletico were holding out for closer to £26m, but Goal claim the Brazilian side have now told Benfica they are prepared to sanction a £21m transfer.

That figure would buy 80 per cent of the player’s economic rights, although Arsenal will be aware third-party ownership is banned in the Premier League.

Athletico have had a verbal agreement with Benfica since last year, but Arsenal could yet hijack the deal if talks with Portuguese giants drag on.

‘Let’s study Benfica’s offer. On Monday we will meet the club board to assess this situation.’

‘Arsenal are interested, but will only make an offer towards the end of the season,’ he added.

Guimaraes would like to make a move in January, rather than wait until the summer to join a new club.

Borussia Dortmund are also credited with an interest in Guimaraes, who is on international duty with the Brazil Under 23’s at the CONMEBOL Pre-Olympic tournament this month.

Mikel Arteta wants to sign a midfielder and defender this month, but Arsenal are prioritising loan moves due to financial restrictions.

Arsenal have been linked with a host of players, including Manchester City’s John Stones and Bayern Munich’s Jerome Boateng.

MORE: Arsenal feel Pierre-Emerick Aubameyang’s suspension is ‘excessive’ and will try to reduce it 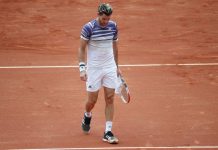 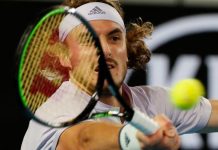