Bruno Fernandes has reportedly told Sporting Lisbon that he’s keen to complete a move to Old Trafford after Manchester United lodged a £50million offer for his services.

Ole Gunnar Solskjaer refused to give up hope after United missed out on Fernandes in the summer and watched the 25-year-old in action as Sporting lost at home to Porto last week.

Fernandes somehow ignored the intense speculation surrounding his future and bagged himself a brace as Sporting beat Vitoria Setubal 3-1 at the weekend, but the links will no doubt continue until the transfer deadline on January 31.

Sporting president Frederico Varandas only fuelled these rumours after he was spotted in England on Friday.

According to The Daily Mail, Fernandes has now informed Sporting that he would like to join United, but he is refusing to force his way out of the club.

Fernandes has been loyal to Sporting ever since his 2017 move from Sampdoria and the midfielder is determined to remain on good terms with the club.

Two years ago, Fernandes stuck with Sporting during an extremely turbulent period while several players revoked their contracts after being attacked by fans at the training ground.

Fernandes decided to stay on – and persuaded a number of his team-mates to follow suit – and his agent used the situation to improve the terms of his contract.

However, the Portugal international turned down the offer and remained on the same wage packet out of respect for the club.

And despite having ambitions to play in the Premier League, Fernandes will hold out for United to reach an agreement with Sporting without getting directly involved in discussions.

Some reports claim that United have offered Marcos Rojo as a makeweight in any potential deal with Sporting for Fernandes.

Sporting head coach Silas has played down speculation of an impending move and insists Fernandes remains central to his plans for the time being.

Asked whether United have a deal in place for Fernandes after Sporting’s win on Saturday, Silas replied: ‘I can’t guarantee any of these things because I don’t know.

Before the victory over Setubal, though, Silas admitted that was a possibility that Fernandes could be set for the exit door at Sporting.

He said: ‘Bruno is a huge player and all players like him have a lot of market.

‘I don’t like to think about that, but I’ll be thinking of alternatives in case Bruno leaves.

‘I hope it doesn’t happen, but we have to start thinking that.’

MORE: Alan Shearer would be ‘amazed’ if Leicester sold James Maddison to Manchester United this January 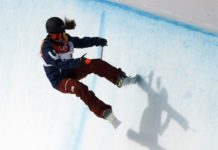 Brady 'open-minded' about his NFL future