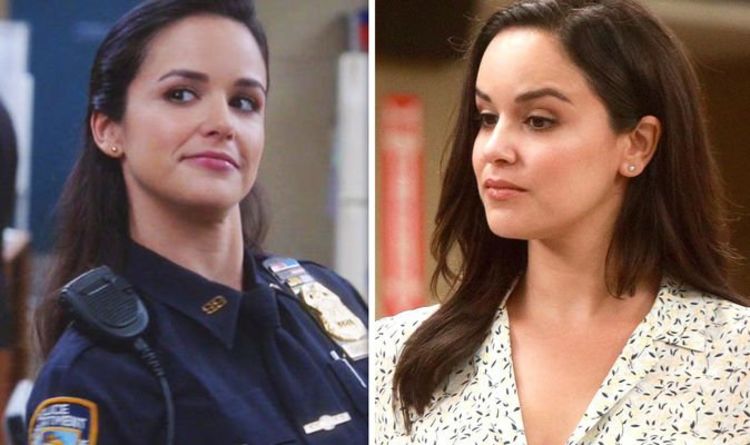 On Thursday, NBC announced that Brooklyn Nine-Nine will end at the end of its upcoming eighth season. It’s not the first time the police comedy was brought to an end though as its original network, Fox, cancelled it after series five in 2018. The love and outrage by all the fans rescued it from cancellation as a new network picked it up.

This time the cancellation hasn’t been nearly as sad and the 99th precinct shuts down for good.

Brooklyn Nine-Nine stars and creators shared fond memories about their time working on the show on social media following the news.

Melissa Fumero, who stars as Amy Santiago, said that being part of the show was “one of the greatest joys and honours of my life.”

“I am so grateful to be able to take a victory lap with our beloved cast and crew.”

Series co-creator Dan Goor posted a statement to the official Brooklyn Nine-Nine Twitter, reminiscing about first pitching the show with co-creator Mike Schur and his time on the series.

“When Mike Schur and I first pitched the pilot episode to Andy [Samberg], he said, ‘I’m in, but I think the only way to tell the story is over exactly 153 episodes,’ which was crazy because that was exactly the number Mike and I had envisioned,” he said.

He went on to thank the “best fans in the world. Fans who literally saved us from cancellation. Fans who fill us with joy.”

“Ending the show was a difficult decision, but ultimately, we felt it was the best way to honour the characters, the story and our viewers,” he wrote. “I know some people will be disappointed it’s ending so soon, but honestly, I’m grateful it lasted this long.”

DON’T MISS…
Brooklyn 99 season 8 release date: Will there be another series? [INSIGHT]
Brooklyn 99: Who is actor Martin Mull? Who did he play in Brooklyn 99? [REVEALED]
Brooklyn Nine-Nine season 7: What time does Brooklyn 99 air? [INSIGHT]

Terry Crews, who plays Terry Jeffords on the show also posted on Twitter, saying: “I’m sad it will end, but happy to have had the chance to be a part of something so special.”

Michael Hitchcock actor Dirk Blocker reposted Goor’s message adding: “I love this man, I love this group, and I love that I got to be a part of this.”

Comedian Dewayne Perkins, who is part of the writing team, shared that: “Brooklyn Nine-Nine was my first narrative writing job. I’m grateful to have written on the last two seasons and looking forward to the last season, in which I got to co-wrote the season premiere, to air in the fall.”

Director of photography Rick Page memorialised his time on the show with an Instagram post displaying the set, adding the caption: “Sunset over Brooklyn.”

Writer Jeff Topolski also shared his experience on the show: “This is something I’ll probably never be able to say again, but I spent 7 years on one show and it was the best experience of my life. From picking up lunches as an Office PA, to writing for the final season, and everything in between… thank you Brooklyn Nine-Nine.”

The show’s star Andy Samberg has not yet released any statement about the show ending.

Brooklyn Nine-Nine will return to NBC later in 2021.