They have been smitten with each other almost from the start of their relationship last August.

And on Thursday Brooke Burke and Scott Rigsby couldn’t keep their hands off each other as they packed on the PDA during a double date dinner with her daughter Neriah, 20, and her boyfriend at the popular Nobu restaurant in Malibu.

On more than one occasion the couple shared some hugs and a smooch or two outside the oceanside hotspot. 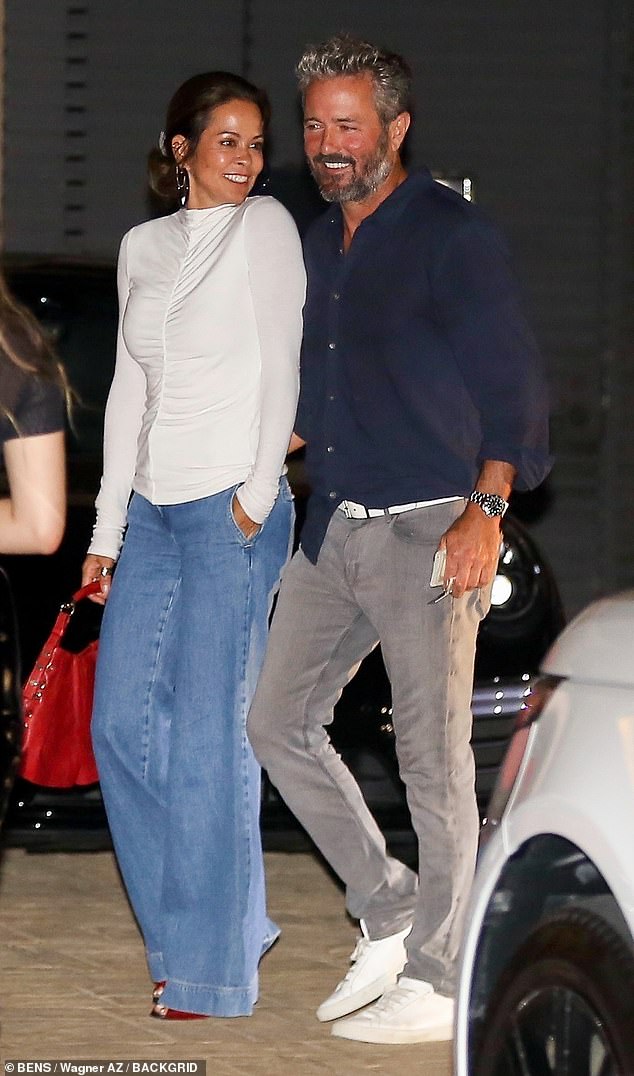 Lovebirds: Brooke Burke was all smiles during her double-date with beau Scott Rigsby in Malibu on Thursday

The former Dancing with the Stars host, 48, showed off her amazingly toned figure in a casual-cool ensemble that consisted of tight blue jeans that flared from the knees down, circa 1970s.

She matched it with a fitted white top and a pair of open-toe heels.

For the outing, Burke pulled her dark brown tresses back off her face in a stylish ponytail. 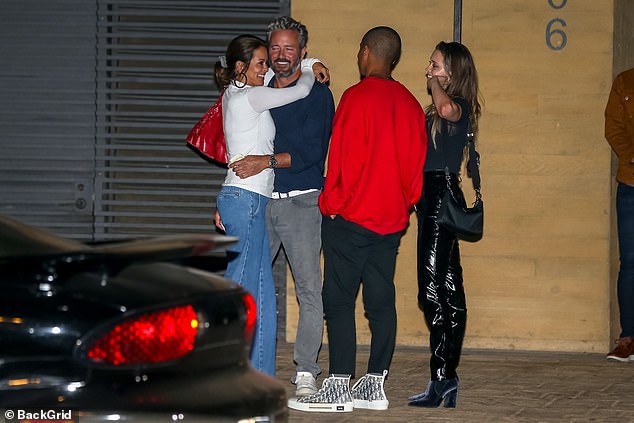 Hot and heavy: The couple packed on the PDA outside Nobu restaurant as they chatted with her daughter Neriah, 20, and her boyfriend

Following the meal the foursome stood out near the parking lot and shared a few laughs.

It was at this point that the couple again wrapped their arms around each other as they flashed big beaming smiles, while chatting with her daughter Neriah and her boyfriend.

Eventually the two couples hopped into red convertible and drove off into the California night. 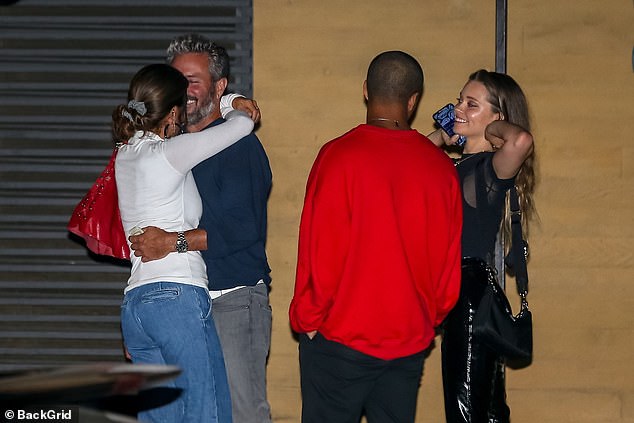 Hands on: On more than one occasion the couple, who have been dating since August 2019, shared a smooch or two

Between them, Burke and Rigsby have six children from their previous relationships.

‘It is awesome because he is a great father,’ she said during a chat with People last November.

‘He has two children and that is one of the things that I love most about him. He is really kind and responsible and devoted, so our kids are getting to know each other.’ 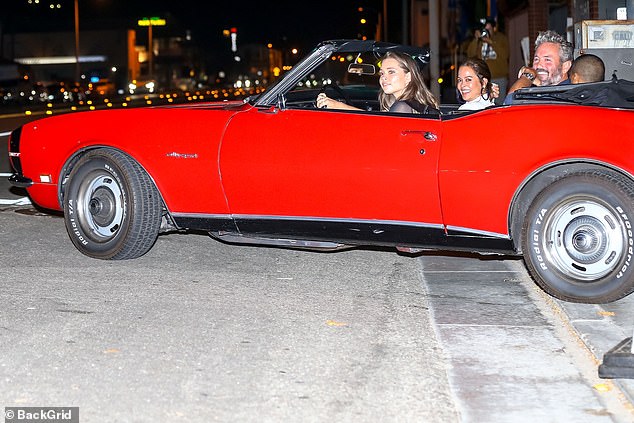 On the go: Eventually the foursome hopped into red convertible and drove off