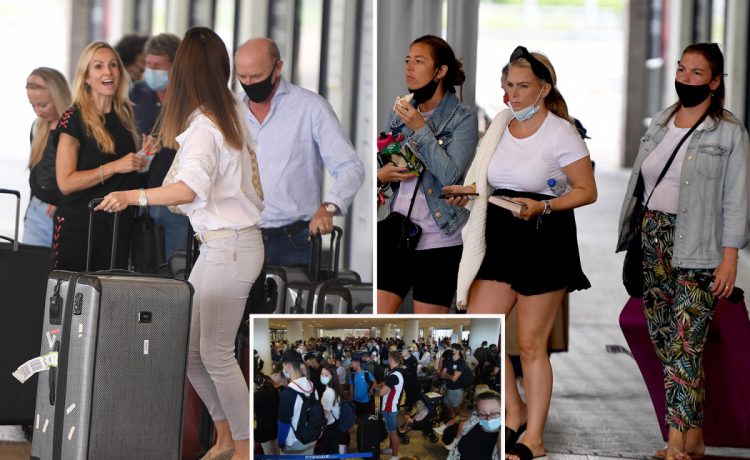 BRITS have packed into Faro Airport again as they scramble to get home from Portugal before having to quarantine at home.

Furious holidaymakers raged at their travel “nightmare” as they dashed home before Portugal is slapped on the Government’s amber list on Tuesday.

Long queues of tourists were snaking through Algarve airport as families from the UK raced to beat Tuesday’s 4am deadline.

It follows similar scenes yesterday as holidaymakers piled into Faro Airport in a desperate dash to get home.

Following the Government’s announcement on Thursday that Portugal was being moved from the green list of quarantine-free destinations, Brits have shelled out hundreds more pounds on plane tickets and Covid tests.

More than 100,000 Brits were thought to be battling to get home from Portugal over the weekend.

He told The Sun: “This whole farce is going to cost us around £1,700 after we also shell out for tests. I didn’t want to be locked up again like a sardine in a can when I got home.

“This holiday has ended up being a complete nightmare, so much so that we’re cancelling three more we planned for this year in Greece, Turkey and the Philippines.

“It’s just not worth the hassle. Next time I’ll just buy a caravan and go to Skegness.”

This holiday has ended up being a complete nightmare. It’s just not worth the hassle. Next time I’ll just buy a caravan and go to Skegness

Trevor Elliott, 64, forked out £515 on new easyJet flights to Stansted after shortening his holiday with his wife Jacqui, 63.

He said: “We tried to change our Ryanair flights when the government announced Portugal was going from green to amber but couldn’t get anything else before Tuesday.

“We’ve been staying in timeshare in Quinta do Lago and luckily they offered us the possibility of getting the Covid tests we needed to get on the plane because we couldn’t get them elsewhere, but the tests have still cost us £170 each.

“We were due to come back to Portugal in September but we’re seriously considering now whether it’s going to be worth all the hassle.”

Harley Heaton-Curtis, 27, from Eastbourne, East Sussex, was hoping to book a Covid test to fly home after losing his bar job when Portugal was removed from the UK’s quarantine-free green list.

He said: “I was working in a bar in Almancil which relies heavily on British tourists and I’d flown out to do summer work with plans to stay on after summer for as long as I could.

“The bar owner laid eight of us off when we heard Portugal was going to go onto amber and I was one of them.

“It’s so rubbish what’s happening. I don’t understand all these constant changes.”

Graham Hamilton, 60, flew to Portugal with wife Kathleen, 58, on Thursday, but missed new flights they arranged for yesterday after their lateral flow Covid tests failed to come through in time.

Mr Hamilton, said: “The flights this morning that we were supposed to take cost us £250 and the rearranged flights for tomorrow (Sunday) £177.

“We pre-booked our lateral flow tests online at the airport and got here at 6.30 for our 7am appointment.

“But when we arrived we found a single queue of around 30 people who hadn’t booked their tests and it was a struggle getting to speak to someone in charge to tell them.

It’s a shambles. You have to question why the Government won’t let fully jabbed British citizens travel more freely

“We ended up doing our tests around 7.50am and were told the results would take up to about 40 minutes which should have been ample time to get our flight.

“We joined the queue to check-in but about 9am we still hadn’t got our results back and the gate shut.”

Travellers returning from Portugal after the Tuesday deadline will be required to take a pre-departure PCR Covid test and provide a negative result.

They will then have to pay for a further two tests on days two and eight of their 10-day quarantine.

Brits can opt for private Covid test providers, which can cost between £120 and £300 per person – or slightly cheaper options are available from Boots and Superdrug.

It means a family four could be spending anywhere between £240 and £1,200 to fly home – plus parents potentially taking 10 days off work.

The cheapest direct one-way flight from Lisbon to London for tomorrow is £429 on Skyscanner.

A seat on a flight from the Portuguese capital to Heathrow on Wednesday could be snapped up for £101.

Ryanair was also adding two flights from Faro to Stansted for UK families.

And Britain’s largest tour operator, TUI, upgraded some of its 10 flights landing in the UK today to Boeing 787s with more seating.

Portugal was shunted to the amber list on Thursday after cases doubled in the last three weeks, Communities Secretary Robert Jenrick said.

There was also “growing evidence” of the Nepal variant of the virus in the holiday hotspot, he said.

He told The Sun: “We’ve got to have urgent clarity on when they are going to expand the green list.

Why you should NEVER put a novelty stamp in your passport

Holidaymakers fined £2,500 for taking sand & shells as souvenirs from beach

TUI cancels holidays to Spain, Greece and Cyprus until at least mid-June

“You have to question why the Government won’t let fully jabbed British citizens travel more freely.

“People are nervous their summer holidays are under threat from the Government.

“So far the Government has failed the travel sector. The risk now is there will be tens of thousands of jobs at risk if the Government doesn’t signal that it is preparing to reopen overseas travel from the end of June.” 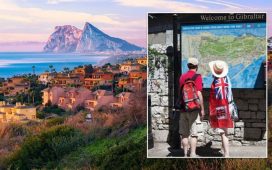 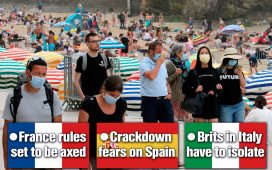 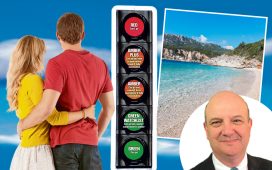 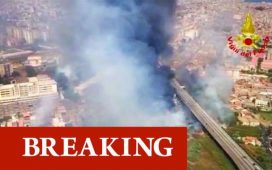 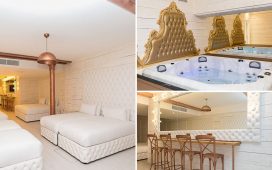 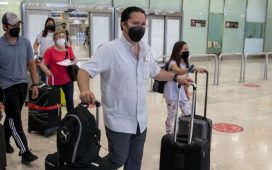 Will Spain be added to amber watchlist? Holidays under threat