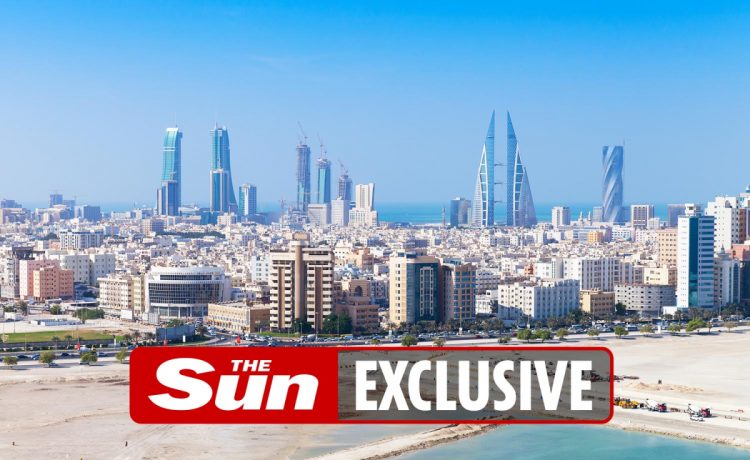 BRITS seeking quarantine-free hols will have to swap Spain for Bahrain under new travel rules.

Sluggish jab rates and Covid variants have dashed hopes of a European getaway this summer.

But the Gulf state, with its rapid rollout, gets a green light under plans unveiled next week.

The move, to be unveiled by Boris Johnson, will see Bahrain, Dubai and the US top destination wish lists.

That could deter millions of Brits from heading to Spain’s Benidorm and other European favourites such as France and Greece.

The PM will also set out how Brits can use vaccine passports to travel.

But he will warn that June could be the earliest that borders can open.

Boris will publish the findings of the Global Travel Taskforce on Monday.

A source involved told The Sun: “Jab rates will play a crucial part in determining a country’s status.”

Under the traffic lights plan:

GREEN: Anyone returning from these countries must take a pre-flight lateral flow test at their own cost, then take a “sequencing test” within days of landing to check for new strains;

So far, the US, Gulf states and Israel would be classed as “Green” thanks to their jab rollouts.

Most of Europe is poised for Amber status.

France, which plunged into another month of lockdown this week, has jabbed just 16 per 100 citizens.

He told the BBC: “If you look at Israel, very low Covid levels, very high vaccination levels, they should be one of the first to be opened up to international travel.

“Then of course the United States, a massive market for the UK — 20 per cent of our passengers are going to and from the US.

READ  Outraged family claim £9,000 TUI holiday to Jamaica was ruined by blood-stained sheets and daughters ‘being offered drugs at the hotel pool’

“They have high vaccination levels and low Covid levels. They should be at the front of the queue.”

Mr Johnson will address the country on Bank Holiday Monday as he gives a week’s notice on whether pubs can reopen on April 12.

He will set out how Covid certificates will work, but is also expected to say it is too soon to put a date on switching on the travel traffic lights.

Travel was meant to be restored “not before” May 17. But there is growing concern in Whitehall that this is too soon amid a third virus wave globally.

Wales First Minister Mark Drakeford said May 17 was over-optimistic and did not reflect the risk of re-importing the virus and new variants from other parts of the world.

He added: “When the Prime Minister speaks next week I hope he will say that date is having to be pushed back.”

Sir Keir Starmer claimed any vaccine passports would be “un-British”.

The Labour boss said he didn’t think people would support them, putting him on a collision course with Mr Johnson, who has suggested they will “definitely” have a role for travel.

Sir Keir said: “My instinct is that, as the vaccine is rolled out, as the number of hospital admissions and deaths go down, there will be a British sense that we don’t actually want to go down this road.”

Mr Johnson hit back, saying some countries would certainly bring them in.

He said: “There’s definitely going to be a world in which international travel will use vaccine passports.

“You can see already that other countries and the aviation industry are interested in this, and there is a logic to that.”

READ  Britons risk ‘thousands of pounds’ if they go on holiday without one thing - what is it?

Ministers have concluded their work on how the vaccine certificates may work and will meet on Monday morning to decide whether to proceed.

Essential buildings such as hospitals, GP surgeries and supermarkets are likely to be excluded from any such scheme. They could be optional for other businesses.

The PM yesterday stressed again that any moves towards vaccine passports for domestic use would involve a three-pronged approach of vaccines, tests or proof of antibodies.

It would mean people who could not have the vaccine for medical reasons would not miss out on a trip to the pub or restaurant.

But last night 70 cross-party MPs signed a pledge opposing the “divisive and discriminatory use” of the passports.

Forty Tories broke cover to oppose the use of certification “to deny individuals access to general services, businesses or jobs”.

When can I go on holiday to Wales? Latest travel update

Brits WILL use vaccine passports to go on holiday in future, Boris suggests

Sir Iain Duncan Smith, Esther McVey and Mark Harper are among those from the Covid Recovery Group who have backed the call.

Sir Graham Brady, chairman of the 1922 Committee, who has repeatedly spoken in favour of speeding up England’s unlocking, said: “Covid-status ­certification would be divisive and discriminatory.

“With high levels of vaccination protecting the vulnerable and making transmission less likely, we should aim to return to normal life, not put permanent restrictions in place.”