Britney Spears has jetted off to Hawaii for some downtime with boyfriend Sam Asghari following her harrowing testimony in court.

The singer, 39, who had spoken in court last week asking for the end of her 13-year conservatorship, is said to be ‘relaxed and happy’ on vacation with Sam, 27.

A sourced told E! News: ‘Britney looked very happy and excited to be going back to Hawaii. She was giddy and all smiles as she landed on the island.’

They added that Britney and Sam had decided to spend their time by the pool in their hotel rather than the beach so they could avoid the crowds.

‘They thought about heading down to the beach, but it looked very crowded so they stayed at the pool,’ the source added. ‘Britney looked like she was in her happy place in a pink bikini at the pool getting some sun.’

Sam also shared videos of the couple clowning around with funny filters on their way to the island on their private jet.

As well as putting the dog filter on them both, he also turned them into ‘broccoli heads’ and comically stretched out their smiles.

Britney could be heard giggling joyfully in the background as Sam warned others off working out their upper body too much, with a filter that showed his head to be minuscule in comparison to his body.

It comes after Britney spoke out in a powerful testimony during her conservatorship hearing, begging the judge to remove the rule.

She claimed that under her conservatorship she is not allowed to be driven in a car by Sam and is even made to have an IUD in her body to stop her from having another child with him.

Britney also took to Instagram to apologise to her fans for ‘pretending’ she was OK, after speaking out to say she was not, and that she cried every day with the restrictions she was under. 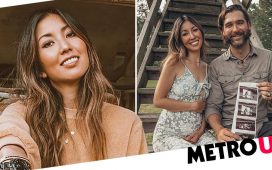 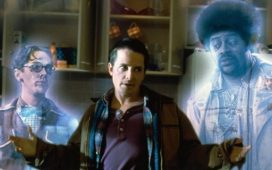 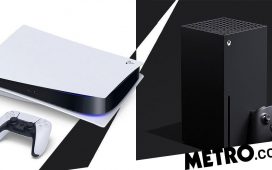