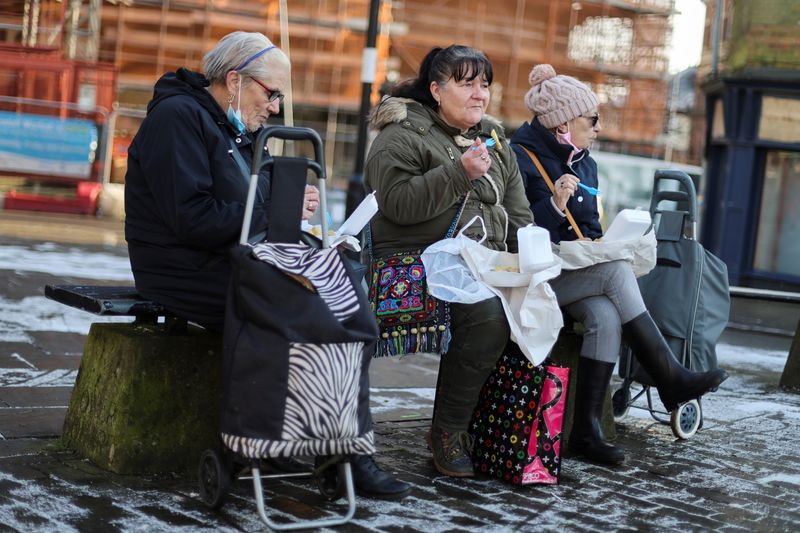 © Reuters. The spread of the coronavirus diasease (COVID-19) in Britain

Addressing parliament before lawmakers vote on the measures introduced earlier this week, Johnson defended his decision to implement the new lockdown at the time he did, saying the new, more contagious, coronavirus variant offered little choice.

Trying to head off criticism that his decision to close primary schools a day after he told them they should open, Johnson said he did “everything in our power to keep them open” until “every other option had been closed off”.

“And when we begin to move out of lockdown I promise they will be the very first things to reopen. That moment may come after the February half-term, although we should remain extremely cautious about the timetable ahead,” he said.

“And as was the case last spring, our emergence from the lockdown cocoon will be not a big bang but a gradual unwrapping.”

Britain has been among the countries worst-hit by COVID-19, with the highest death toll in Europe. With the appearance of the new variant, it has seen case numbers repeatedly reach record highs, stretching the country’s health service.

Johnson, who has been criticised for being too slow to introduce strict regulations in the first wave of the coronavirus pandemic, is not expected to face a large rebellion from his Conservative Party in the vote on the lockdown.

READ  Drive to get 150 hospitality workers into care jobs

But his seeming reluctance to introduce tougher measures to combat surging cases and his mixed messages on whether to open primary schools have prompted criticism, not only in the opposition Labour Party but also among Conservatives.

Some in his party are also critical of any “draconian” restrictions, demanding that they are removed as quickly as possible. But Johnson was cautious about any time lines.

He said the legislation would run until March 31 “not because we expect the full national lockdown to continue until then, but to allow a steady, controlled and evidence-led move down through the tiers on a regional basis”.