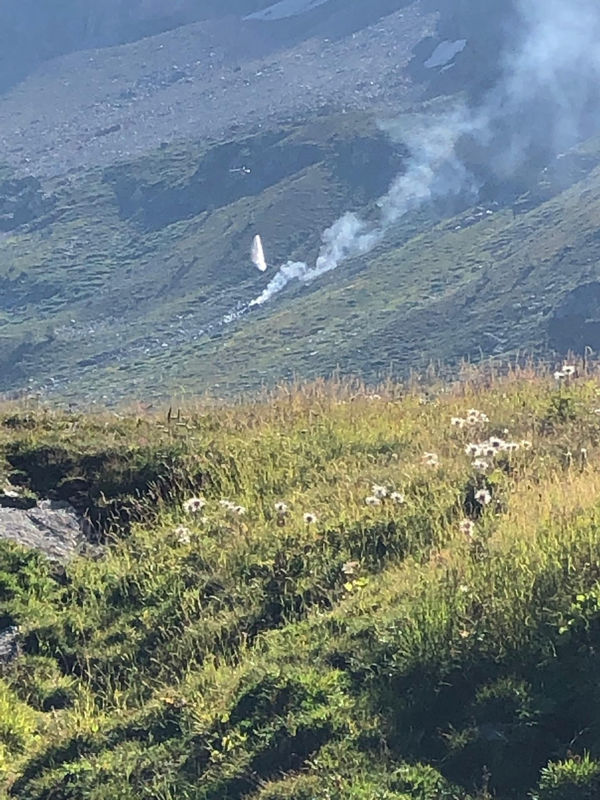 GENEVA (Reuters) – A British composer of film and television music and an acclaimed saxophonist died along with their baby in a plane crash in Switzerland on Sunday, a family spokesman said on Tuesday.

The couple, Jonathan Goldstein and Hannah Marcinowicz, had posted updates of their trip on Facebook (NASDAQ:), with a last update from Lausanne on Saturday afternoon and pictures of him flying their small plane while she held their infant daughter. They left Lausanne’s La Blecherette airport early on Sunday.

Police in the Swiss canton of Valais did not name the family but said a Piper aircraft heading for Italy crashed into the Simplon Pass in the Alps around 10.25 a.m. (0825 GMT) on Sunday, after taking off from a Swiss airfield, killing three people including a baby.

“We are all devastated by the news of Jonathan, Hannah and Saskia’s deaths. We loved them all so very much. They were so happy together and we will miss them terribly,” the family spokesman said in a statement. “We would ask the media to respect the family’s privacy at this extremely difficult time.”

Goldstein had worked on films including “Cape Fear” and was a prolific composer of music for television and cinema commercials. Marcinowicz, a graduate of the Royal Academy of Music, had played with many of Britain’s leading orchestras, according to her website.

Disclaimer: Fusion Media would like to remind you that the data contained in this website is not necessarily real-time nor accurate. All CFDs (stocks, indexes, futures) and Forex prices are not provided by exchanges but rather by market makers, and so prices may not be accurate and may differ from the actual market price, meaning prices are indicative and not appropriate for trading purposes. Therefore Fusion Media doesn`t bear any responsibility for any trading losses you might incur as a result of using this data.
READ  Covid-19 hasn’t just been a bigger threat to BAME communities’ health – it’s hit their wallets harder too