A LESBIAN couple have become the world’s first ever parents to share pregnancy of the same baby in BOTH their wombs.

Jasmine Francis-Smith, 28, and Donna Francis-Smith, 30, both carried the embryo of their 2-month-old son Otis after a treatment known as “shared motherhood”.

The IVF procedure, offered at London Women’s Clinic, places a fertilised egg in one woman’s body before the other carries the growing foetus until delivery.

“We’re a close couple anyway, but we both have a special bond with Otis as well, which was helped by the way we’ve done it.

“It’s my egg, and then they did the egg collection from me and then put it back into my body for 18 hours before being put into Jasmine’s body, and she became pregnant.

“We’re just happy that it’s worked so well and the information is out there.

“It brings you closer together rather than feeling one has a bond more than the other.”

LIVES ON THE LINE

Dental nurse Jasmine, who was the one to give birth, said the couple were “equal in the whole process.”

Jasmine and Donna married in 2018 after meeting online and Otis was born in October this year.

More than 100 babies have been born to lesbian couples in Britain but this is the first pregnancy with both parents carrying an unborn child.

Stomach bloating: Cut back on this food group to beat belly bloating

Britons in Wuhan will be offered help to leave, Hancock tells MPs

Woman died after being told smear test was 'normal' 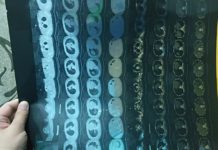 How to live longer: Eating this in ‘moderation’ may increase your life expectancy

'Systemic failure' led to misdiagnosis of woman with cervical cancer

Serial nail-biter, 48, is left fighting for his life in hospital after getting blood poisoning 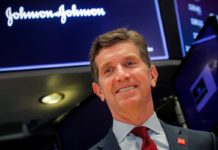 Vitamin B12 deficiency: The sign in your eyes that could signal you lack the vitamin