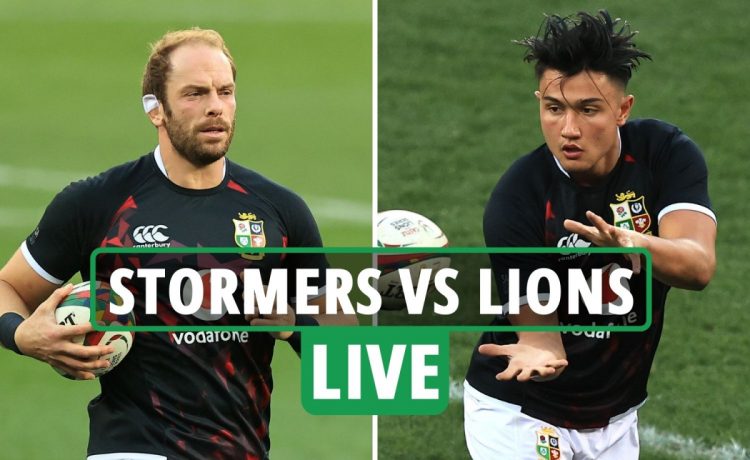 Welcome to our live blog of the British & Irish Lions’ last warm-up game before the three test series against South Africa.

The DHL Stormers are the opposition for Warren Gatland’s side today as the Lions look to bounce back from the 17-13 loss against South Africa ‘A’ on Wednesday.

Today’s game is one last chance for Gatland’s touring party to impress and stake a claim for a test jersey in the first test next Saturday.

Stuart Hogg skippers the side today after returning from quarantine and the Lions will be boosted by the return of original tour skipper Alun Wyn Jones to the bench.

Warren Gatland confirmed that the Welshman’s tour was over after he dislocated his shoulder in the first Lions game against Japan, but he has now made a sensational return to the side less than three weeks after picking up the injury.

The 22-year-old has made just two appearances for England but is set to make his British and Irish Lions debut today.

Kick off today is at 5pm with the full team news coming up next!