Britain’s Got Talent: The Champions’ Paul Potts visibly gutted as he fails to make top three

The opera singer returned to the Got Talent franchise for the third time in his life to show off his vocals once again – after flying to the US to compete against Susan Boyle in America’s Got Talent earlier this year.

After getting off to a bit of a shaky start, the 48-year-old reminded us all why we crowned him the first winner of the first ever BGT, being joined by an orchestra.

Smashing it out of the park to rapturous applause and a standing ovation, David Walliams declared: ‘Wouldn’t it be the best thing that you didn’t just win 12 years ago, [but] you won Champions as well.’

Causing a laugh as he admitted he found the whole experience nerve-wracking even now, he added: ‘You need them [nerves], but it’s horrible!’

Amanda added that he was still the ‘sweet and unassuming he was’ even after all these years.

But unfortunately, the savage new voting system wasn’t in the star’s favour, and he was visibly gutted and teary-eyed as it dawned on him he hadn’t made the top three.

Even Simon’s jaw dropped to the floor, and Amanda’s microphone caught her declaring in shock: ‘What about Paul Potts?’

Despite the loss, he’s still one of our faves.

BGT: Champions was the first series of the franchise in the UK that has been fully pre-recorded, and as a result, couldn’t have a live public vote via the app as usual.

Instead, to determine the two acts through to the next round, the audience at Wembley Arena were able to vote for their favourite acts instead.

On top of that, only one judge a week got a golden buzzer – with this week Amanda Holden getting her shot and sending someone straight through to the final.

Ukraine’s Got Talent star Kseniya Simonova earned Amanda’s automatic ticket to the final with her heartbreaking performance and artistry, telling the story of a cancer survivor using sand drawings.

Then Daredevil duo Bello and Annaliese Nock from America’s Got Talent earned the audience vote after stunning them with their panic-inducing routine on a 50ft ‘wheel of death’ without a safety net.

Britain’s Got Talent continues Saturday from 8pm on ITV.

MORE: Amanda Holden thanks Simon Cowell for saving her career after affair scandal with Britain’s Got Talent: The Champions 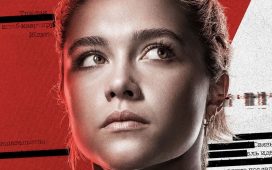