Britain could become fattest nation in Europe due to takeaways addiction, report says


The World Health Organisation’s latest report on obesity in the continent shows 64% of UK adults are overweight, including 28% who are obese. It puts Britain as the fattest nation in Western Europe

Brits’ addictions to Deliveroo takeaways and social media will see the UK overtake Turkey to become the fattest nation in Europe in the next decade, a damning report has found.

The World Health Organisation’s latest report on obesity in the continent shows 64% of UK adults are overweight, including 28% who are obese.

It puts Britain as the fattest nation in Western Europe but the authors warn lifestyle trends here mean the situation is likely to get worse.

The report sites data on trends since 2000 that suggest a staggering 37% of UK adults are expected to be obese when rates peak in 2033/34.

Currently Turkey and then Malta have a greater proportion of the population obese while Israel also has higher rates overweight.

Dr Kremlin Wickramasinghe, WHO lead for noncommunicable diseases in Europe, warned Britain is at the forefront of lifestyle trends which sees more people spending time in front of screens and ordering food deliveries.

Britain is now the fattest nation in Western Europe
(

He told the Mirror: “The UK is ahead in western European countries where we see a particular lifestyle, with more and more digital screen time, and the food environment in supermarkets and digitally, leading to increased obesity.

“In the UK we see a larger proportion of the population being exposed to this kind of environment. You see the same things in other countries but in the UK you see a greater proportion having online food deliveries and [exposed to junk food] advertising.”

For the forecasts of future rate of obesity, conducted by the University of Groningen in the Netherlands, only the US fared worse. There 44% of adults are expected to be obese by 2031.

The WHO European Regional Obesity Report 2022 highlights sedentary lifestyles where people increasingly stay at home in front of screens and socialise more online.

It also flagged the prevalence of food delivery services such as Deliveroo and Just Eat, as well as online supermarket deliveries.

It states: “Evidence suggests that food and beverages purchased from the out-of-home (OOH) sector are more energy-dense and higher in fat, sugar and salt than their retail counterparts.

“Portion sizes are often larger, which encourages overeating, particularly if there is little price differential between portion sizes.

“The UK government suggests that regular overconsumption of a relatively small number of calories can lead to individuals becoming overweight or having obesity and that this can be exacerbated by eating out.”

The report was published to coincide with the European Congress on Obesity (ECO) in Maastricht, Netherlands.

It sites UK research showing that eating out accounts for 20–25% of adult energy intake.

It found when eating out or ordering a similar takeaway meal people consume on average 200 more calories per day than if they had prepared their own food at home.

Dr Wickramasinghe said: “The proportion of the population covered by these takeaways and online food deliveries is greater.

“It is very big in the UK compared to other countries. All these cafes [providing delivery services] and the out of home food sector is bigger in the UK.

“We know it’s both sides, one side in energy intake and the other side is energy expenditure.

“So more and more screen time and sedentary lifestyles are contributing to the increasing levels of obesity.”

Researchers warned that rates of child obesity in the UK appeared to have significantly worsened during the pandemic.

Dr Mirjam Heinen, consultant on the WHO report, said: “The UK is [faring] very bad… especially in children at the moment.

“We have recently found that also UK is doing badly in children during Covid.

“From the time that the National Measurement Program was established in the UK the rates were going up a little bit but not really steep.

“And then during Covid you really went up so very steeply. Covid definitely for children and maybe also for adults has made the situation worse.”

A separate study at the conference by University Hospital Cardiff found that the majority of obese people who try to shed weight are unsuccessful.

Just over a quarter of people analysed from the UK, France, Germany, Italy and Spain who had attempted to lose weight managed to lose a significant amount year later.

A spokeswoman for Deliveroo said: “Our outlook on health is simple – we want to provide the right information and a greater selection of healthier choices on our platform, as well as improved navigation to help find them.”

A spokesman for Just Eat said: “Just Eat is an online marketplace that works with over 60,000 restaurants across the UK, serving a diverse range of over 100 cuisines – from grilled chicken, vegan and vegetarian options to traditional curries, sushi or pizza.

“Many already offer healthier menu options and smaller portion sizes so customers can make the choices which are right for them and their families.

“However, we recognise that we are in a unique position to support the restaurant and takeaway sector and continue to work with our partners to explore how they can grow their range to meet customer needs and preferences.” 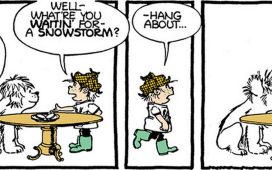 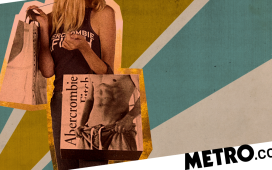